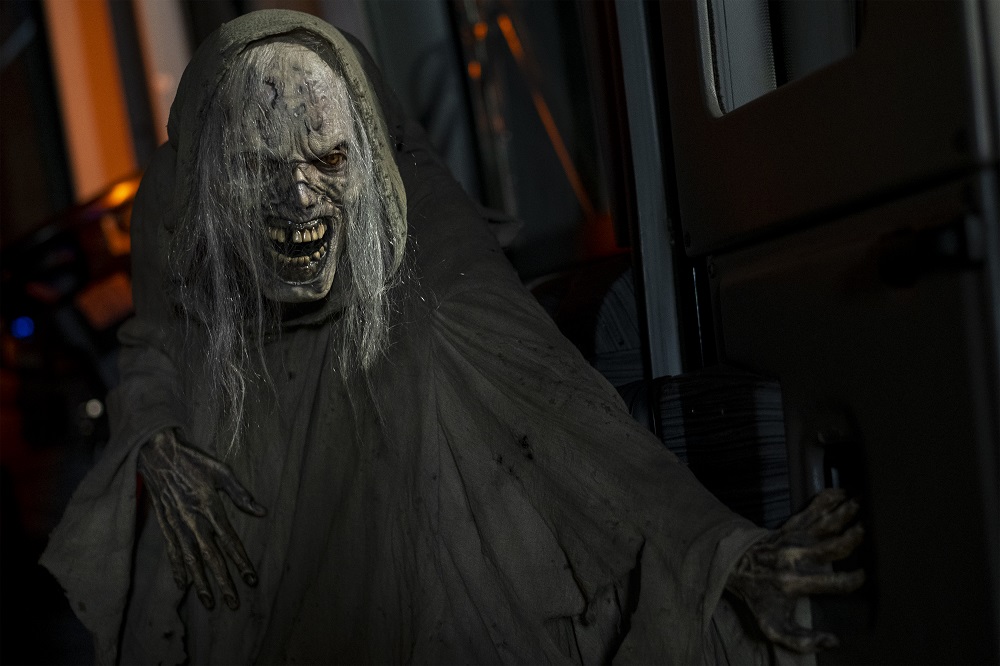 The Creeper (sorta) returns with 12 new tales of terror in Season Two of Shudder’s Creepshow.

Once again from showrunner Greg Nicotero, season two of Shudder’s Creepshow is a general improvement over the already solid first installment in the horror anthology program. Production values appear to be somewhat higher, and the overall Twilight Zone meets The Outer Limits vibe mixed with the requisite monster-of-the-week format adds a layer of consistency between episodes that’s rather nice.

Episodes for season two include:

There are five episodes this time around, four of them with two stories and each, while the last one features the 41-minute Night of the Living Late Show. Also included are the incredibly entertaining animated special (The Twittering from the Circus of the Dead is particularly fun) and the absolutely superb holiday special Shapeshifters Anonymous, directed by Nicotero and starring a sublime Anna Camp in a story about a werewolf support group that has to ward off Kris Kringle and his horde of lycanthrope assassins.

Not much of The Creeper in this season for some reason, but I liked how this whole season seemed to utilize the old “be careful what you wish for” axiom as its general through line. Heck, all that’s missing for some of these episodes is a Rod Sterling summation putting everything that’s transpired into ghoulishly astute context.

This show just keeps getting better and better. Bring on season three.

Sadly, this two-disc set does not came with the same sort of plethora of bonus features that were included with season one. The absence of all those lovely audio commentaries is the most glaring omission. Still, there’s some terrific stuff here, almost of it worthy of a look. Extras include:

More hit than miss, season two of Creepshow is an enjoyably wicked and gorily goofy hoot. Miss the audio commentaries, but appreciate the love and care that’s gone into each episode. Also love the inclusion of the animated and holiday specials. For fans of the series, this set is definitely worth picking up. 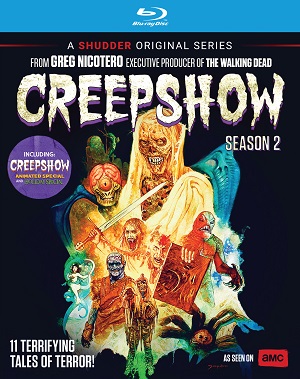