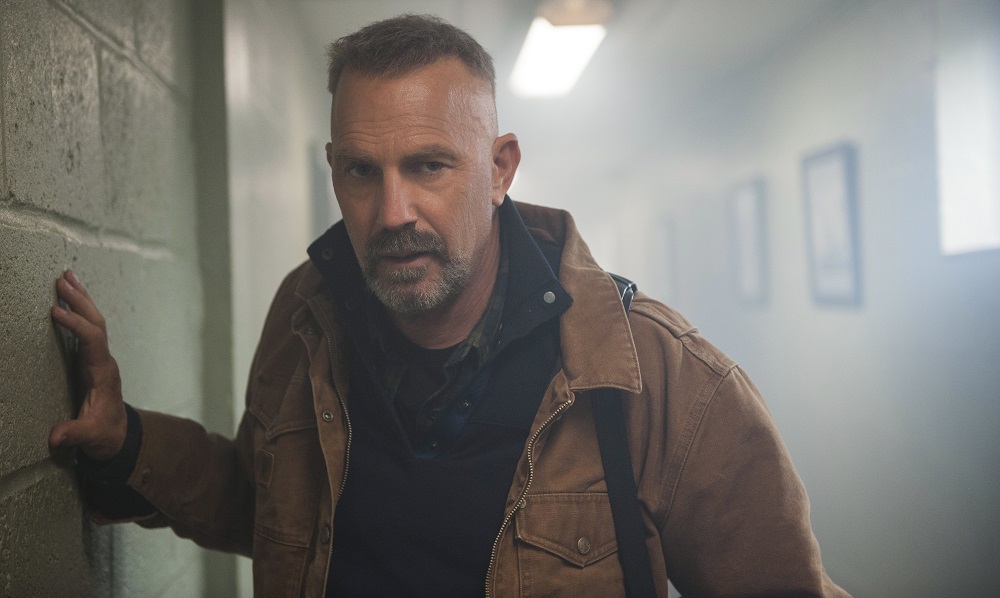 Director Ariel Vromen’s (The Iceman) cold-blooded psychological thriller Criminal is a movie I appreciate more than I actually enjoy. Douglas Cook (The Rock) and David Weisberg’s (Double Jeopardy) science fiction-flavored scenario attempts to have it multiple ways, on one hand playing events with deathly, bleakly murderous seriousness while at others crafting a comic book flavored absurdist vibe where anything and everything is suddenly possible. The alliance isn’t an easy one, and while the ruthlessness of it all is oddly refreshing the rampant silliness coupled with the continual brutality makes enjoying the finished film itself an incredibly difficult thing to do. 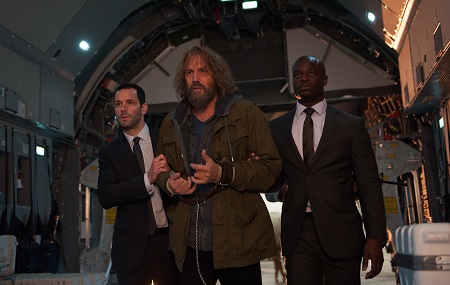 After crack CIA operative Bill Pope (Ryan Reynolds, making a cameo appearance) is murdered while carrying out a secret task in London, his immediate superior Quaker Wells (Gary Oldman) turns to human brain researcher Dr. Franks (Tommy Lee Jones) to help him pull off the impossible. Turns out, his agent was the only one who knew the whereabouts of brilliant hacker Jan Stroop (Michael Pitt), the fate of the U.S. nuclear arsenal at stake if they can’t find him before cutthroat anarchist Hagbardaka Heimbahl (Jordi Mollà) does. Dr. Franks is on the cusp of being able to extract human memories from one person and implanting them in someone else, but Quaker needs him to advance his research and make the theoretical actual within the next 48 hours or it’s likely game over as far as America’s military might is concerned.

Enter hardened criminal Jericho Stewart (Kevin Costner). He has a frontal lobe injury that makes him unable to feel the majority of what would be considered normal emotions, most notably empathy for other human beings. He’s the perfect host for Dr. Franks’ technology, his advancements implanted in exactly the area of the brain Jericho is incapable of using. Problem is, this transference does not work entirely as expected, and while the convict does begin to experience and relive many of Bill Pope’s memories, doing so doesn’t instantly make him a better person.

Reminiscent of 1990’s action-heavy sci-fi thrillers like Face/Off and Freejack, as well as in some small way last year’s Ryan Reynolds’ misfire Self/less, Vromen’s movie lives up to its R-rating, refusing to soften Jericho in almost all ways one would normally expect for this kind of motion picture. This isn’t a good guy. He doesn’t understand the difference between right and wrong. While he doesn’t want to kill anyone, he’s not above shooting a supposed ally in the chest or burning an innocent bystander in a car in order to facilitate an escape or get what it is he thinks he wants.

This is actually a good thing, and Costner’s portrayal doesn’t flinch or give in, not for a single solitary second. It has the odd effect of humanizing the character, making him weirdly relatable no matter how abhorrent his actions might become. More, when emotions do kick in, pertaining only to Pope’s wife Jill (Gal Gadot) and their daughter Emma (Lara Decaro), Costner allows Jericho’s growing affection for the pair to happen organically, making his final decisions have more meaning and impact all thanks to his refusal to soften the rest of his character’s cutthroat edges.

On the flipside, Cook and Weisberg’s script is unrelentingly stupid. Jones has no character to play, doing his best to do what is given him but mostly just showing up to pick up what must have been a relatively easy paycheck. Same goes for Alice Eve, Scott Adkins, Colin Salmon and Antje Traue, all portraying a variety of good guys and bad who all have precious little of import to do. As for Oldman, Quaker Wells might be the single dumbest CIA station chief in the history of cinema, and while that’s a little bit of hyperbole on my part it certainly doesn’t feel like it while one is watching the movie itself. This guy, all he’s good at is shooting himself in his own foot, and if he’d just acted reasonably and not like some schizophrenic, Adderall-addicted madman, it’s likely he’d have found Stroop in about five minutes ending this particular crisis long before it spiraled out of his control. 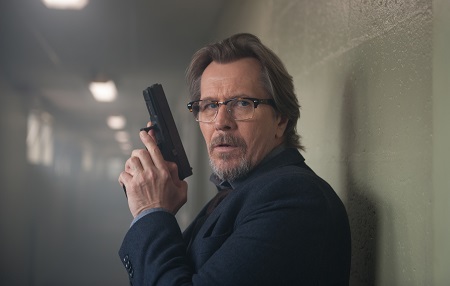 Vromen stages a couple of terrific action sequences, the efficiency of them reasonably striking. He also plays the movie as a drama, which at times gives it far more immediacy and relevancy. Unfortunately, it also makes the sillier and more absurd aspects of the narrative feel even dumber than they maybe actually are, undercutting things in a way that gets more and more noticeable as events progress to their climax. Additionally, matters are not helped by the fact that Mollà is a relatively lame villain, and other than his early interrogation of Reynolds, which is terrifically repellent, he just doesn’t do enough to make his anarchist worthy of being frightened of.

I do like the fact Vromen and company stay true to the antihero at the story’s core. I also really love Costner’s take-no-prisoners performance, the veteran actor fearlessly going for broke for all of the film’s 113 minutes. But the script’s equilibrium is just too out of sorts, too unbalanced, the rampant stupidity driving a few of the characters and their actions impossible to ignore. As a movie, there’s plenty here to respect. As entertainment, however, this is tough one to enjoy, all of which makes Criminal a vexing spectacle that’s hard to watch all the way through to its end.