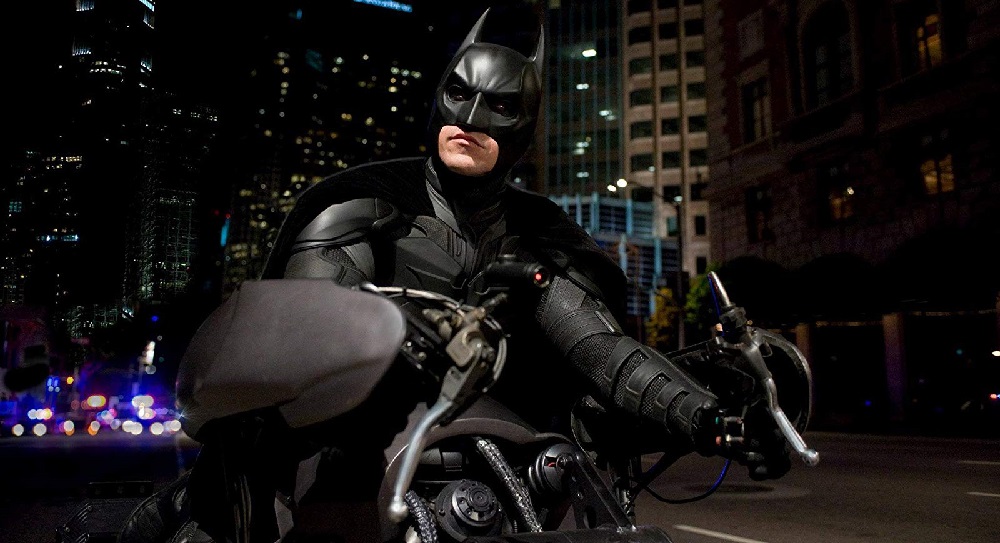 Nolan’s Dark Knight Rises but Not to the Top

It’s been eight years since Bruce Wayne (Christian Bale), a.k.a. Batman, took the fall for Harvey Dent’s crimes, mysteriously disappearing into the night. In the time since Jim Gordon (Gary Oldman) has become Gotham Police Commissioner, cleaning up the streets and spearheading enhancements to the law that puts potential threats behind bars. There is peace. There is tranquility. All appears to be going just fine.

But that’s just on the surface. Bubbling underneath the calm is a storm, the least threatening element of which is the feline feminine wiles of renowned cat burglar Selina Kyle (Anne Hathaway). She was hired to break into Wayne Manor and steal something personal to its secluded inhabitant, the reasons why not her concern. Besides, when a masked marauder like Bane (Tom Hardy) asks you to do something you don’t decline the request, the man a walking, talking beast comparable to the mythological Titans of ancient Greece.

Kyle’s visit to Bruce’s home has an unexpected side effect, the former vigilante superhero getting a kinetic charge from the thief’s appearance. It soon comes to his attention that Wayne Industries is on the verge of bankruptcy, and with the urging of both trusted butler Alfred (Michael Caine) and company CEO Lucius Fox (Morgan Freeman) he turns control of the firm over to wealthy environmental philanthropist Miranda Tate (Marion Cotillard).

Yet it is the presence of Bane that is cause for the most concern. This man is a hulking monster and there is something beyond dangerous about him, something even Batman might not be able to stop. But stop him he must, and even if the city is one the verge of tearing itself apart, it is up to Bruce to do just that, even if doing so might mean his own life in the process.

As long and as rambling as that synopsis is it only skirts the surface as to what is actually going on at the heart of director Christopher Nolan’s sprawling, ambitious culmination of his Batman trilogy The Dark Knight Rises. There are more characters and more subplots than you can shake a Bat-a-rang at, everything showcased on a grandly operatic scale akin to The Godfather or Gone with the Wind more than it is your average superhero adventure.

This isn’t a happy endeavor. The film revels in the dirty underbelly of the cynical here and now, Nolan pulling out all the stops in bringing his vision of Bob Kane’s iconic character to life. Parallels to Occupy Wall Street, the Tea Party and to other current political and social realities abound, and while there is light at the end of the tunnel it’s not shining all that brightly by the time the final cost is determined and the last check is cashed.

All of which is great, Nolan, once again crafting the story and script with brother Jonathan Nolan and frequent collaborator David S. Goyer, staging sights of chaos, action and dramaturge unlike anything else I’m likely to see this year. With over an hour of IMAX footage this nearly three-hour opus is eye-popping, a visual feast shot to perfection by Wally Pfister and magnificently scored by Hans Zimmer. There are scenes of such intensity I was magnetically propelled right to the edge of my seat, the whole thing a superlatively constructed rollercoaster engineered to excite the mind every bit as much as it does the senses.

Yet I have to admit I was slightly disappointed by this final aria in Nolan’s trilogy. The opening hour is filled with narrative shorthand, sequences playing like brief vignettes that do not tie one into the other with much success. It feels clunky, almost unfinished, and I kept waiting for the filmmaker to hit the same dynamic cinematic strides that were on vigorous display in previous efforts like The Prestige, Inception and, of course, The Dark Knight.

Worse, however, is that Bane just isn’t as scary a villain as I felt he needed to be. His motives are murky at best, nondescript and pointless at worst, and when his true designs for Gotham are revealed there is a perfunctory simplicity to his plan that makes the grand histrionics come off as a wee bit silly. As physically impressive as Hardy is in the role it should also be mentioned that his sadomasochistic facemask is problematic, the actor’s performance undermined by this piece of his costume make each word he utters close to unintelligible.

Not that The Dark Knight Rises is a disaster. Far from it. Caine is extraordinary, bringing a depth of feeling to Alfred that’s unsettling. Hathaway, somewhat shockingly, comes close to stealing her sections of the film, and while she doesn’t erase the memory of Michelle Pfeiffer she still manages to make Selina Kyle her own. Best of all is Joseph Gordon-Levitt as newbie Gotham detective John Blake, and with so much of the movie focused upon him and his journey the actor is more than up to the task of embodying Nolan’s selfless ‘everyman.’

The final hour is a kinetic whirlwind of Shakespearian tragedy mixed with a Puccini opera. While there are few surprises, the way Nolan orchestrates events is still incredible, everything leading to a shattering denouement that’s refreshingly bleak. He forces the viewer to ask questions about themselves and their neighbors that aren’t exactly comforting. This film is majestic and ethereal, carnal and savage, everything building to a rampage of violence and sacrifice no other comic book feature has come close to matching.

Nolan has said in recent interviews part of his inspiration for The Dark Knight Rises was Charles Dickens’ A Tale of Two Cities, and the comparisons are obvious. While I’m disappointed in certain facets of this climactic chapter of the Dark Knight saga, the movie does make for a brave, boldly gutsy finale. While on its own it will never be regarded in the same stratospheric heights as Dickens’ timeless literary classic, as a cinematic trilogy it’s hard not to think Nolan has managed a feat audiences will be debating and dissecting for decades to come. 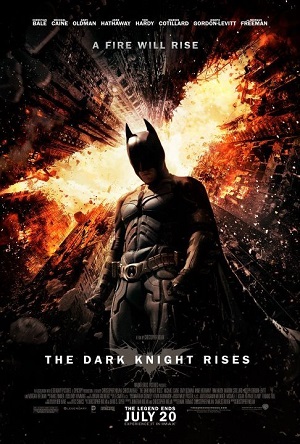