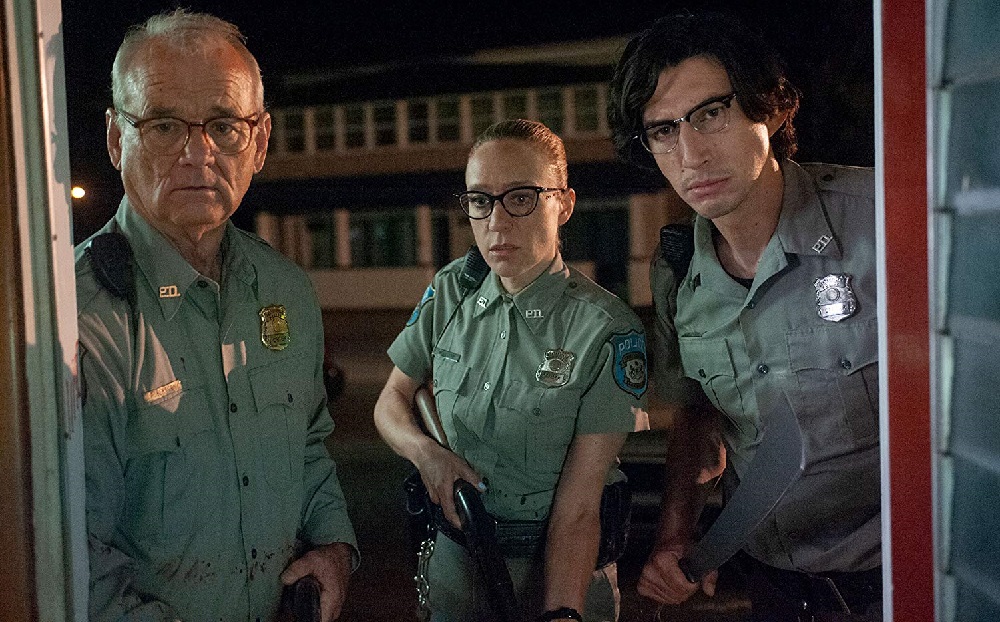 A zombie comedy from the great Jim Jarmusch (Stranger Than Paradise, Only Lovers Left Alive) staring the likes of Bill Murray, Adam Driver, Chloë Sevigny, Tilda Swinton, Iggy Pop, Steve Buscemi, Tom Waits, Selena Gomez, Danny Glover, Larry Fessenden, RZA, Rosie Perez, Caleb Landry Jones and Carol Kane? I don’t care what the plot or setting is, I can tell you with absolute certainty that’s the type of motion picture I’m going to show up opening night to see. With a cast list like that it’s guaranteed there’s going to be at least a few solid laughs, and with the idiosyncratic Jarmusch at the controls it’s a given that he’ll deliver a number of weirdly off-kilter moments that will make purchasing a matinee ticket worthwhile.

At least, that’s what I would have thought before watching The Dead Don’t Die. This is strangely Jarmusch’s most listless effort in quite some time, maybe ever, the whole endeavor having a terrible time maintaining my interest throughout its 105-minute running time. It is almost as if the director could care less about his own script, and there were moments where I felt like he held nothing but disdain for the entire genre and indifference to the events he was depicting.

Thankfully the filmmaker did assemble an all-star cast for this endeavor, and even if the material isn’t that great collectively they are all far too talented for the film to be anything akin to a total disaster. Murray has a handful of deadpan moments that left me in a fit of giggles, while some of Buscemi’s reactions to the horrific absurdities happening around him are goofily priceless. Sevigny, Glover, Gomez and Jones each have a handful of memorable scenes, all of them seemingly freelancing a bit inside of Jarmusch’s zombie-filled world with loopy enthusiasm.

But the scene-stealer lurking at the heart of all this undead mayhem is Driver. After arguably delivering the greatest performance of his career for Jarmusch in 2016’s Paterson, the actor is almost equally enlivened working for him again here. While the material seldom does Driver a lot of favors, he is still so electrically alive throughout I found I couldn’t take my eyes off of him. The actor’s line deliveries are a constant source of piquant joy, and I think I could listen to him utter the word, “ghouls,” on repeat for a good solid hour and gleefully snicker like a mischievous six-year-old for all 3,600 seconds. Driver is glorious, and as disappointed as I was in the film as a whole almost by himself he comes remarkably close to making this comedy worthy of a look.

There’s not much of a plot, Jarmusch crafting more the loose framework of one for his cast of eccentric characters to play around within, giving things a sort of freestyle, stream-of-consciousness vibe that has admittedly worked extremely well for the filmmaker in the past. But the basic thrust revolves around three Centerville police officers, Chief Cliff Robertson (Murray), Officer Ronnie Peterson (Driver) and Officer Mindy Morrison (Sevigny), dealing with a series of strange goings-on that has rocked their close-knit community. It appears the dead are rising from the grave, and when they’re not eating the flesh of the living they’re all oddly consumed with fixating on hobbies and activities they used to do semi-religiously back when they were alive.

Jarmusch throws in a bunch of additional crazy characters, some of them zombies while others are members of the community attempting to survive being eaten by the undead. He also mixes in a few tidbits commenting on current political realities, climate change, fracking, oil drilling and other hot-button topics that have all combined to make this zombie onslaught a terrifying reality. But it’s all haphazardly thrown together and never coherently focused, Jarmusch allowing things to have a disheveled lackadaisical momentum that’s too nondescript to resonate and too messily pieced together for events to emotionally matter. Most strangely of all, the director wastes Swinton in a purposefully peculiar role as a Scottish samurai mortician who is awfully good with a sword and hides a handful of insane little secrets, the acclaimed actress giving her all even when the movie itself doesn’t seem to have the first clue as to what the heck it actually wants to do with her.

I do think I get what Jarmusch is going for. On a certain level he is crafting a parable about the end of the world and how the indifference of the living towards it only accelerates humanity’s demise. But that’s probably an obvious reading of the material, and the director’s somewhat heavy-handed approach makes listening to what he has to say with rapt attention more difficult than it should be.

Granted, that might just be the primary point Jarmusch is trying to make, that even when the words are clear, the science incontrovertible and the facts undisputed people as a whole are just too stuck up their own backsides to be able to listen as they should before it is apocalyptically too late. Even if that is the case, and the more I think about it the more I feel that’s fairly likely, I still found The Dead Don’t Die disappointing, and other than the opportunity to watch Driver do his thing for a second time I highly doubt I’ll be watching this one again in order to verify my thesis anytime soon. 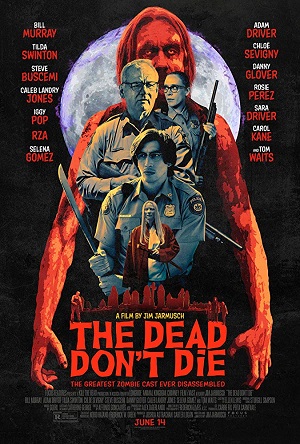