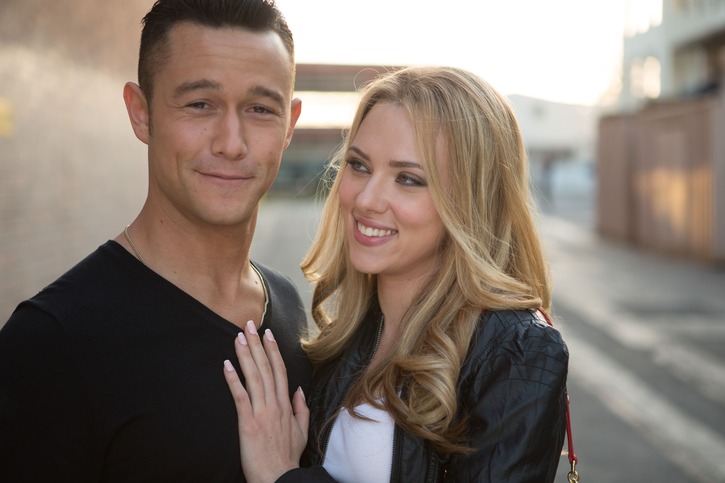 Jon Martello (Joseph Gordon-Levitt), ‘Don Jon’ to his friends due to his freaky ability to pull ‘dimes’ (that’s a perfect 10 to you and me) into his bed night after night, isn’t a guy who’s looking for a relationship. He’s more interested in his own selfish personal needs like keeping his body in tip-top shape, making certain his car is the best looking thing on the street and that his apartment is so clean you could eat off the floor. He loves his family and he goes to church on Sunday, heading into the confessional booth to have his sins cleansed even though every weekend he seems to be reading from the exact same laundry list again and again and again.

Audiences walking in on Don Jon sold on the trailer alone are not going to have the first clue what they are in for. While the movie is funny, while there are plenty of laughs, that synopsis aside this one is most definitely not a romantic comedy. It is clear that Gordon-Levitt, making his writing and directing debut, has learned a few things working in the low budget arena with the likes of Gregg Araki (Mysterious Skin), Rian Johnson (Brick), Kimberly Peirce (Stop-Loss), Marc Webb ((500) Days of Summer) and Spencer Susser (Hesher). The movie is never quite what one expects it to be, more drama than comedy, more character study than relationship piece, everything building to a European-style conclusion maestros like Bernardo Bertolucci or Luis Buñuel would have been happy to have called their own.

More than that, the film is really, really well acted. Not just by Gordon-Levitt, although he nails his Jersey stud muffin right from the start, but Johansson is equally outstanding, fearlessly shattering her own character’s stereotypes making sure she’s never ever what she appears to be on the surface. The supporting cast is also wonderful, Tony Danza and Glenne Headly pitch-perfect as Jon’s talkative parents, while Rob Brown and Jeremy Luke shine as his two best friends fixated with learning all they can about their pal’s latest conquests. Short Term 12 stunner Brie Larson also makes an indelible imprint, a running gag concerning her and her cell phone building to a sensational payoff putting the majority of the story’s themes into crystalline perspective all with a single sentence. 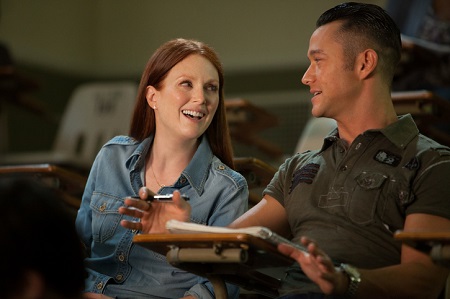 Then there is Julianne Moore. In lesser hands her character, the complexity and internal facets of which I am not going to be revealing here, would have been nothing more than a melodramatically maudlin cliché. In hers, however, what transpires during the last acts of the motion picture border on marvelous, the way the actress is able to transform a jovial moment of levity into a tragic second of unabashed pain startling. She’s remarkable, her scenes with Gordon-Levitt, however brief they might be, crackling with an electric sensitivity that’s beyond compare.

I wish Gordon-Levitt had spent a little more time on his script, and as good as Johansson is, and, as I’ve already stated, she’s excellent, her character is a bit too one-dimensional for my tastes making things a bit too easy on Jon, and for that matter the audience, as things ultimately come to a head. Additionally, as strong as the closing narration and images are they still aren’t entirely satisfying, the Godard or Buñuel-style fade to black not as well earned or as justified as it potentially could have been had some of the characters been sharpened to a finer point.

Be that as it may, Don Jon is still a fairly strong debut, showcasing directorial chops that could serve Gordon-Levitt well if he chooses to step behind the camera again. The film is a moderately challenging character study of a man battling demons he didn’t realize were tearing his life apart, and while the lessons he learns are hardly earthshattering that doesn’t make them any less potent or worthy of additional contemplation. 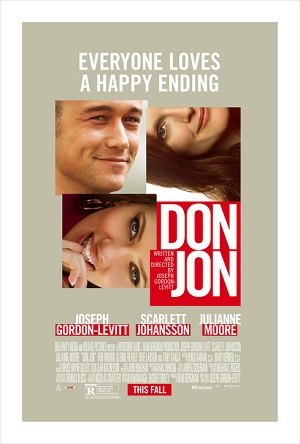