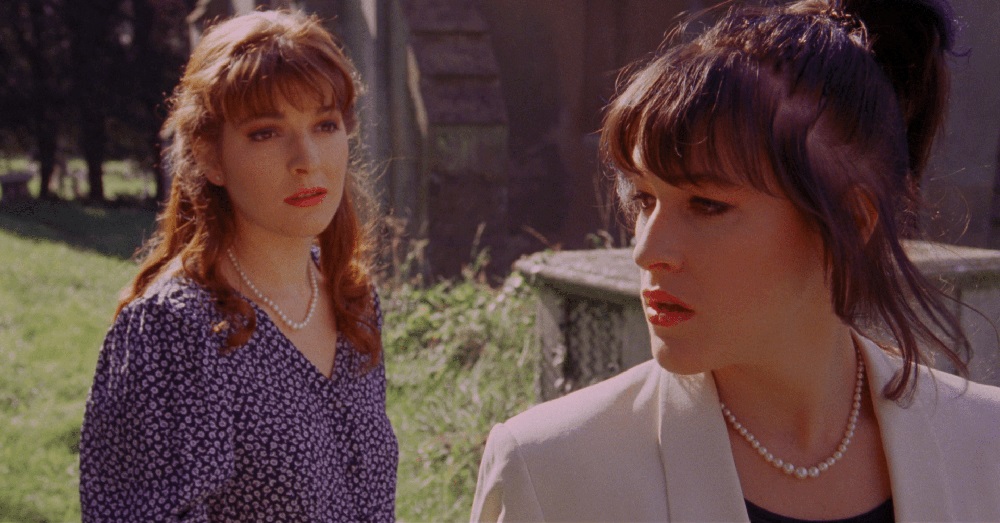 Virginal special education teacher Diana (Jemma Redgrave) is engaged to heroic naval officer Oliver (Mark Greenstreet). Weeks before their scheduled wedding and not too long after moving into a lavish new apartment, not only is she forced to try and fend off a pair of pushy tabloid reporters (Timothy Spall, Jimmy Nail), the young woman also begins to have strange demonic dreams of blood, fire and unimaginable carnage. Diana also makes the acquaintance of American tourist Jenny (Kathleen Wilhoite), an orphan with no memory of her childhood who has come to London to try and learn what happened to her parents.

I had no idea what to expect where it came to Dream Demon. I thought it was going to be some silly low budget British A Nightmare on Elm Street meets Hellraiser knockoff and not much more. I couldn’t have been more wrong. While undeniably a product of its time, and while not all of its more ambitious elements are fully realized as clearly or as astutely as I’m positive was the intention (no doubt budget limitations certainly didn’t help), I was shocked by just how entertaining I found this slickly imaginative and distinctly feminist and vaguely supernatural suspense thriller to be. To put it even more bluntly? I liked it. I liked it a lot.

The plot is fairly straightforward, but director Harley Cokeliss (Black Moon Rising) and writer Christopher Wicking (Absolute Beginners), with a definite assist from Catherine de Pury in regards to much of Diana and Jenny’s dialogue, certainly place all their cards on the table right from the start. The opening dream sequence is both suitably grisly and creatively imaginative, this head-splitting prologue doing a wonderful job setting the stage for all the otherworldly carnage to come.

But what initially looks like it is going to be a straightforward supernatural tale of a young woman under assault from demonic forces lurking inside her new apartment building, slowly and assuredly becomes something else entirely. Once Jenny shows up the story shifts onto an entirely new tract. It becomes a story of sisterhood and female empowerment. A tale of dealing with past trauma and attempting to overcome unfathomable levels of grief, especially as it relates to family tragedy.

It doesn’t all work. The balance between comedy and horror is a fine one, and Cokeliss isn’t particularly comfortable walking atop that perilously thin line. Also, for all the subterfuge and misdirection, figuring out the answer to the central mystery, discovering what happened in the apartment building and why it affects both Diana and Jenny so intimately isn’t exactly difficult. I had it all figured out long before the halfway point, so as far as surprises on that front were concerned I can’t say I felt like there were very many of them (if any at all).

Yet none of that ends up mattering. Redgrave and Wilhoite are luminous, the latter particularly so. The pair manufacture an almost instant connection, and I wholeheartedly believed that their friendship (which easily could be construed as being far more intimate than that) could become so quickly unbreakable. They are the heart and soul of the film, and as crazy and as gruesome as things became the heartfelt sincerity of their coupling added an unforeseen emotional component I was thoroughly captivated by.

This Blu-ray release contains both a recently completed director’s cut of the film as well as the original theatrical release, and I must say the former is what impressed me the most. While there aren’t a lot of differences between the two versions, Cokeliss plays up the humor a bit more in his theatrical cut, and as great as Spall and Nail are (and they’re both delightful) toning that aspect down was definitely the way to go.

All-in-all Dream Demon is a 1988 gem that those who made it were certain would never get the chance to be rediscovered by modern audiences. Thank goodness this wasn’t the case, Arrow’s restoration of the original film elements (and the original theatrical trailer!) a gift horror fans will almost certainly be giddily ecstatic to unwrap.

Arrow has outdone themselves with this incredible lineup of extras. There is an attempt to cover just about every conceivable facet of this film’s history, and I found just about all of it to be worthy of a look.

Harley Cokeliss’ Dream Demon is a surprisingly strong late ‘80s thriller that goes far beyond just being some silly A Nightmare on Elm Street meets Hellraiser knockoff. Instead, it is a remarkably feminist drama about two young women uncovering the truth behind a horrifically personal tragic mystery while forging an unbreakable bond that allows them to overcome almost every obstacle attempting to do them grief. While undeniably a product of its time (and limited budget), this is still a fascinating gem of a suspense flick, Arrow doing a stupendous job in bringing this title to Blu-ray. 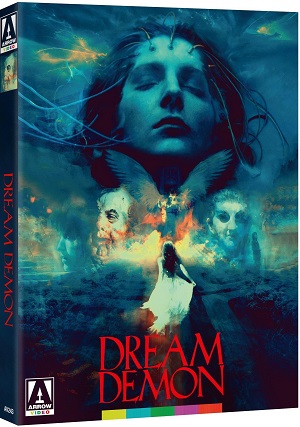