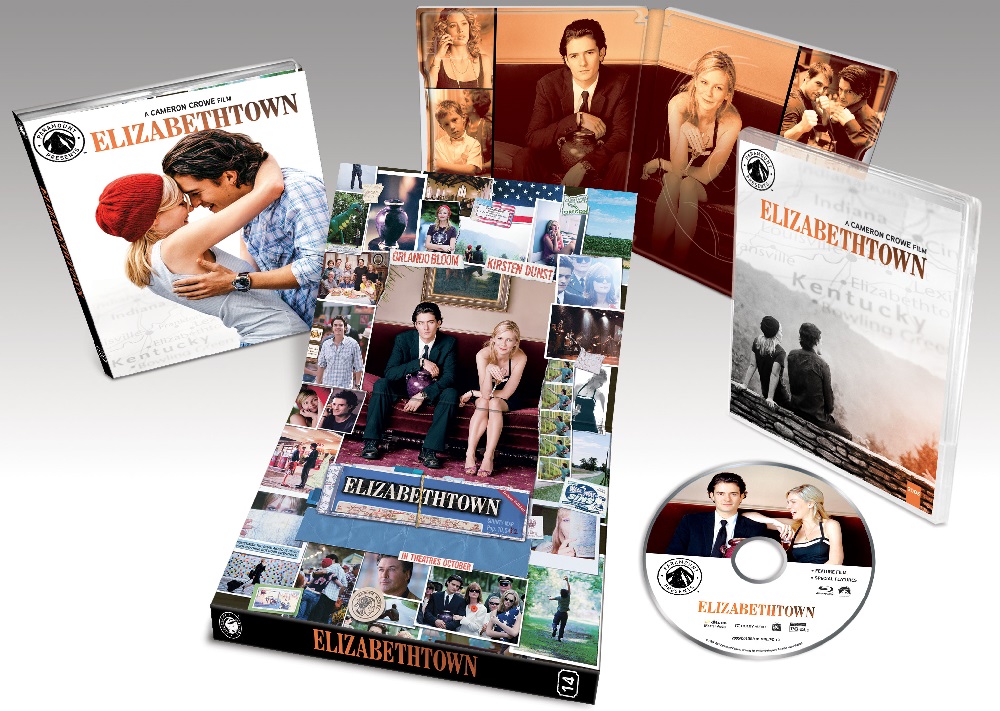 “You failed. You think I care about that? I do understand. You wanna be really great? Then have the courage to fail big and stick around. Make them wonder why you’re still smiling.”

Here’s what I wrote about Elizabethtown way back in October of 2005:

“There’s nothing like a great mixtape. You know the kind, filled with an eclectic jumble of music swinging from one style and genre to another with crazy abandon. Rock, Country, Pop, Classical, Show Tunes, Rap; they’re all at home as part of the right mixtape, each section folding into the next with the tender love and care of the person who put the time and effort in to bring it all together.

Some of these compilations are an enigma, complex puzzle boxes that don’t make sense until they’ve been played a half-dozen times. They’re strange and a little off-center, and by the time you’ve finished you’re not sure what the heck it was you just listened to. But that fifth or sixth play the tape starts to come alive, so much so your soul ends up nestling right next to your heart.

Cameron Crowe’s new drama Elizabethtown is this type of mixtape. In this digital age (and it’s CDs that are used in the film which, to me at least, feels a bit odd), it’s rare to find a filmmaker so obsessed with the lyrical intricacies and contradictions inherent which make up an individual person’s life. After classics Say Anything and Almost Famous, a surreal mind-trip like Vanilla Sky and blissfully sweet romances like Singles and Jerry Maguire, it’s a treat to watch Crowe travel in such an intimately odd direction.

The movie is still a mess. Crowe has crafted a story overflowing in ecstatically unaware chaos so full of passion, love, life, heartbreak and whimsy (probably too much whimsy) that it likely doesn’t even notice how discombobulated it actually is.

Or maybe it does? One of Crowe’s characters asks, “What is the difference between a failure and fiasco?” The answer may or may not hold water depending upon your point of view, but the question is still a good one. With Elizabethtown, much like Vanilla Sky, Crowe is not risking failure, he’s chancing an outright fiasco.

I think that’s fantastic. Life’s greatest moments typically come when a person risks looking like an idiot. Asking that someone to marry you. Speaking up with a strange idea during a business meeting. Putting chords together in a song that are diametrically opposed to one another. Overcoming paralyzing shyness and auditioning for the lead in the school play.

Like those aforementioned mixtapes, I need to watch this one again, probably more than once, to get a true feel for where my thoughts lie. Unlike any of Crowe’s prior work, including the fractured-yet-intoxicating Singles, this is a bumpy road trip. There are pieces to this tale that do not fit or make a modicum of sense.

Yet, few other dramas this year have moved me more or have brought me to tears with such naturalistic and relaxed ease. It tapped into the absurdly tangled inner workings of my heart pretty much immediately. I’m almost at a loss for words just deep my affections for so many elements Crowe presents here ended up running.

Orlando Bloom isn’t the best lead (Jack Lemon or Cary Grant he’s not), and there are moments where he appears to be completely out of his depth trying to piece together all the byzantine layers buried within the script. I’ll also say admit that certain moments, like Susan Sarandon’s out-of-nowhere tap dance or a children’s video depicting a home demolition, are almost too nonsensical to be taken seriously. Some of the supporting performances (most notably Jed Rees, who’s almost unbearable) are far too broad and, especially early on, Crowe pushes the whimsy button much too hard.

But then there is Kirsten Dunst. So elegantly effervescent, I find it shockingly difficult to describe her. She’s nothing less than perfect. I also adored a late-night phone call between strangers that subtly morphs into a magical roadside meeting between friends. Then there is an indoor thunderstorm struck to the guitar drive of “Freebird,” a cacophony of lunacy and emotion so surrealistically hilarious Crowe’s mentor Billy Wilder would be proud of him.

I haven’t talked about the plot and I’m not going to. Elizabethtown isn’t about plot, it’s about life and the inane absurdities and coincidences that make living it worthwhile. It’s Crowe’s most personal work since Almost Famous, and I could feel the filmmaker’s sweat drip off the screen.

By the time Crowe faded things to black, I can’t say I was blown away. The film is too ragged, too fragmented, too capriciously bizarre to be a complete success. But in the same breath, it’s also borderline marvelous. Heck, after a few repeat viewings it’s possible Elizabethtown could turn into something special. The filmmaker touches all genres and all styles, shifting gears from one sound to another with fearless abandon. I can’t help but think that the vibe it generates and the mood it creates are both only going to get better with time.

I was right. Elizabethtown has only gotten better with age and with repeat viewings. Crowe’s romantic drama has dug its way under my skin to the point it resonates stronger now than it ever did back in 2005. I think I might love this movie. Here’s hoping that with this new Blu-ray viewers give it a fresh look.

The only new extra not ported over from the previous DVD release is the “Filmmaker Focus” featurette with Crowe. This is still a strong set of special features, and I imagine fans will enjoy watching just about everything that is presented here.

Cameron Crowe’s Elizabethtown has only gotten better with age, and I’m starting to think if it might actually be one of the writer-director stronger motion pictures. Paramount’s Blu-ray presentation as part of their “Paramount Presents” line is exemplary, and fans of the film are urged to pick it up right away. 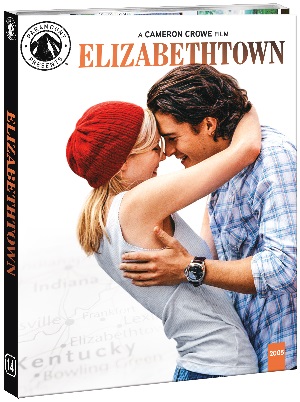