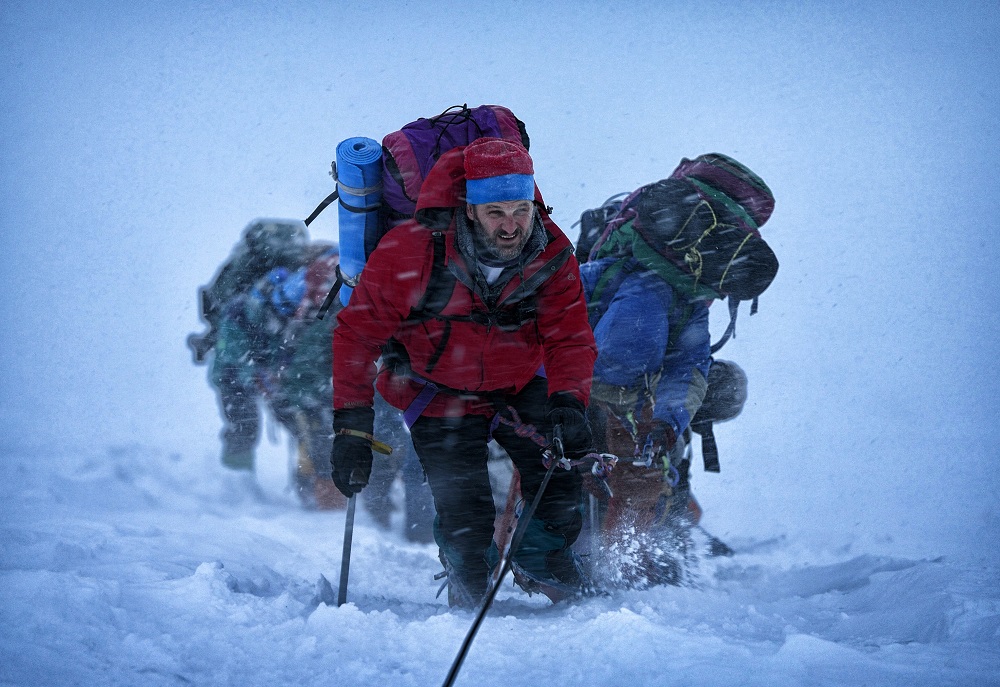 Everest is a perplexing motion picture experience. Staggeringly well-staged, deserving of being seen on the largest screens available (true IMAX is almost a must) that are coupled with state of the art sound systems, featuring breathtaking cinematography courtesy of Salvatore Totino (Frost/Nixon, The Missing) and superlative editing via Mick Audsley (Dangerous Liaisons, The Grifters), the film is an audio/video treat. A sensory feat unlike almost anything else released so far this year, save maybe Mad Max: Fury Road, it’s a movie that is impossible to pull away from, and on that front it is without question a jaw-dropping spectacle of the first degree.

All of which makes the emotional emptiness of the story at the heart of things all the more perplexing. Based upon one of the great tragedies of modern mountain climbing history, this retelling of the events that led to eight deaths in 1996 upon the slopes of Earth’s highest mountain located in the Mahalangur section of the Himalayas is surprisingly nondescript and annoyingly melodramatic as far as the human story is concerned. Inspired by the book Left for Dead: My Journey Home From Everest by survivor Beck Weathers and co-written by Stephen G. Michaud, as well as journalist Peter Wilkinson’s Men’s Journal article “The Death Zone,”  William Nicholson (Gladiator) and Simon Beaufoy’s (Slumdog Millionaire) script is upsettingly by-the-numbers. It’s a surface-level recounting of the tragedy that never digs that deeply into things, presenting events in a nondescript manner that allows few members of the film’s all-star cast to make a lasting impression.

There are exceptions. The focal point for the majority of this is Rob Hall (Jason Clarke) of New Zealand-based Adventure Consultants. Nicholson and Beaufoy do a splendid job with the character, Clarke equally so. He’s complex, driven, amiable and stoic, a safety-conscious leader who understands the hardships he and his paying customers will face the moment they make the choice to ascend from the final campsite to the mountain’s peak 29,029 feet above the surface of the Earth. It’s a wonderful performance, filled with little moments that help make what ultimately transpires all the more horrific, and it’s a pity the movie around him isn’t as equally glorious.

As for everyone else, there’s just not enough time to make any one character all that discernible from another. Josh Brolin, Michael Kelly, John Hawkes, Martin Henderson, Naoko Mori, Thomas M. Wright, Ingvar Eggert Sigurðsson and Jake Gyllenhaal are just a handful of the climbers attempting the ascent, while Robin Wright, Sam Worthington, Emily Watson, Keira Knightley and Elizabeth Debicki are the folks (sitting both at Everest base camp and at home by the telephone) doing their best to keep things together while tragedy unfolds thousands of feet above the clouds.

While some do manage to make at least a minor impact, most notably Hawkes as American postal worker Doug Hansen and Watson as Adventure Consultants base camp manager Helen Wilton, the majority do not. Even Brolin, taking on the visage of left-for-dead survivor Beck Weathers, only barely ends up being memorable and that has more to do with the makeup effects bringing his frostbitten features into the spotlight more than it has to do with the development of his character, the actor doing the best he can even when he has precious little to work with. Most egregiously wasted is Gyllenhaal as Scott Fischer, the team leader of Seattle-based Mountain Madness, the crazed genius the veteran mountaineer was renowned for barely discernible based on how his character is fabricated here.

Yet, considering the subject matter, it’s almost impossible not to walk out of Everest without being moderately impressed. Director Baltasar Kormákur (2 Guns, 101 Reykjavík) stages the majority of the key climbing sequences with dazzling eloquence, things achieving a devastatingly haunting quality at times that’s notable. But without a core connection to the characters involved in the chaos and heartbreak I find it difficult to embrace the film as fully as I’d honestly like to, and while the spectacle is impressive, the dramatics at the heart of it all are sadly anything but. 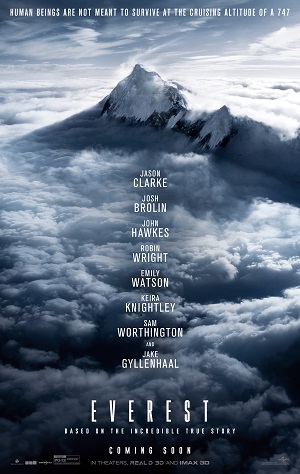