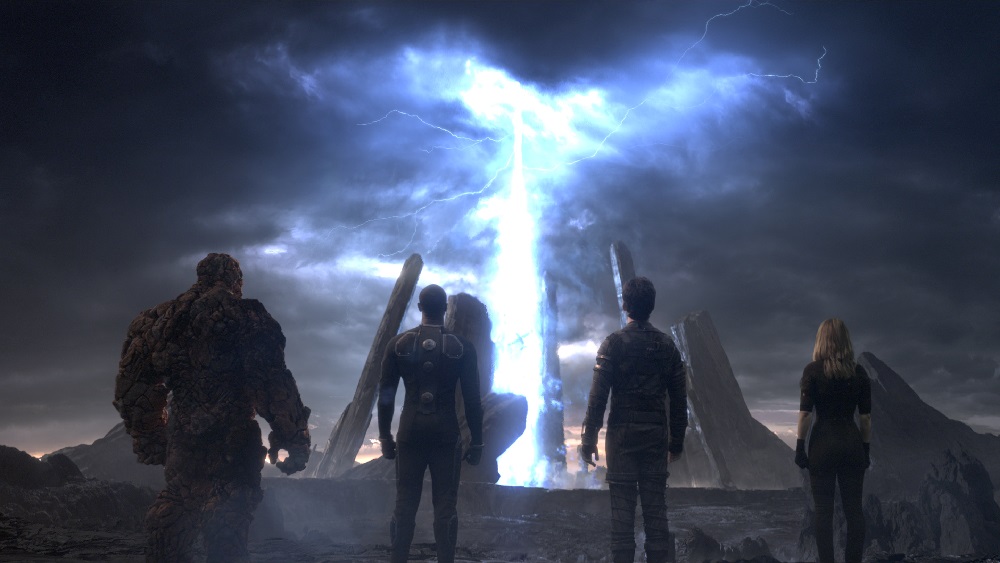 There isn’t just a good movie sitting inside 20th Century Fox’s latest attempt to bring to life Marvel Comic’s first family of superheroes, there’s potentially a great one. Featuring a dynamic cadre of young stars in the central roles, displaying a mean, intimately human streak of consequence and tragedy that’s moderately surprising, the initial introduction to this new take on Stan Lee and Jack Kirby’s iconic source material is close to outstanding. 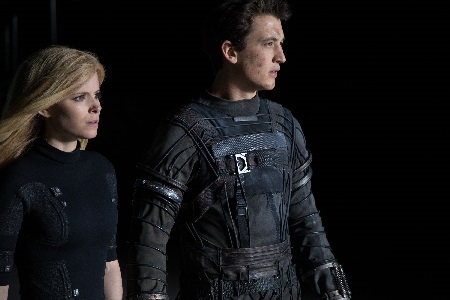 But when the bottom drops out of this one, it does so with a hard, cynically cartoonish suddenness that’s almost revolting. Any goodwill generated by the opening 45 minutes dissipates with remarkable rapidity, the super-powered theatrics and world-saving daring-do as forgettable and as bland as it is silly and moronic. The last 15 minutes are so awful they make both the 2005 and 2007 endeavors look like Mensa-level pieces of cinematic intellectualism, and considering how terrible they were that’s not a statement I make lightly.

Reports of behind-the-scenes struggles and reshoots notwithstanding, I have a hard time blaming director Josh Trank for just how wildly wrong things end up going. The early sequences have an edgy, thought-provoking eloquence that’s wonderful, the Chronicle filmmaker seeding his origin story with bits of Cronenberg, Spielberg, Zemeckis and dare I say Kubrick as he brings his motley crew of scientific misfits together as one. There’s even a monstrously unsettling display of the villain’s powers just before the insultingly idiotic climax recalling everything from The Evil Dead, to The Fly, to Eyes Without a Face, the filmmaker showing a stylistic flair unlike any recent comic book adaptation I can think of. 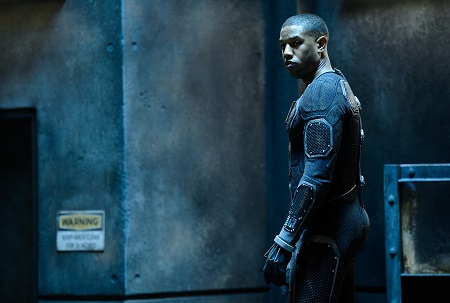 No, the problem is the script, and while Trank is listed as a co-writer it’s hard to know just how responsible he is for its head-scratching turn into CGI-driven, overly cartoonish drivel. He, along with fellow writers Simon Kinberg (X-Men: Days of Future Past) and Jeremy Slater (The Lazarus Effect) don’t just bow to convention, they splay themselves at its feet as if they’re asking to be willingly trampled over for the rest of eternity. A blue light beams skyward, giant rock formations fall like dominoes, a villain stops to monologue for no other reason than that he can and a collection of heroes race around doing hero-like things for no other reason than everyone expects them to. Character takes a backseat to spectacle but those visuals are so bland, so uninspired, it’s impossible to be wowed, everything culminating in a flourish of flash-boom-bang activity meaning little and signifying even less.

I do like the way Trank and company shake things up, introducing us to scientist-to-be Reed Richards (Miles Teller) and his best friend Ben Grimm (Jamie Bell) as High School seniors ready to get on with the next act of their respective lives. Instead of heading off into space as astronauts (as they do in the comics), the pair find themselves mixed up with adopted wunderkind Sue Storm (Kate Mara) and her equally talented brother Johnny (Michael B. Jordan) at a New York scientific think tank masquerading as a school for the gifted run by the pair’s adoring father Franklin (Reg E. Cathey) working on a plan to facilitate interdimensional travel. They’re all joined in their endeavors by the headstrong, authority-questioning loner Victor Von Doom (Toby Kebbell), the group on the verge of cracking into the unknown in a way no one before them has fathomed let alone had the guts to attempt.

You have to sit back a little and just accept that Grimm is sort of inelegantly shoehorned into all of this, Bell’s early commitment to the role helping this happen in more ways than one. His camaraderie and chemistry with Teller is one of the film’s best, most enchanting assets, the fact they spend so much time apart outside of one another’s company an early blemish presaging the cliff the film itself will at one point fall right off of. But, as a group, as a quintet, these five make the most of every moment they have, giving the film an emotional, heartfelt center that piqued my interest and kept me curious to discover what was going to happen next and why.

This is why this incarnation of Fantastic Four is so lamentable and infuriating. You can see how this could have worked, and while comic book purists might be up in arms (for all the wrong reasons, I might add) for the rest of us this kind of narrative and casting risk-taking is exactly what the comic book genre is in dire need of. But, not only is the villain’s reasons for seeking the end of the world as we know it exceedingly lame in a Greta Garbo I-want-to-be-alone sort of way, the fashion in which the heroes unite to stop him is even more nauseatingly ill-advised. It’s a dimwitted descent into dullsville, the only clobbering going on the wallop delivered to the audience’s jaw as they sit there watching things fall apart right in front of their collective eyes. 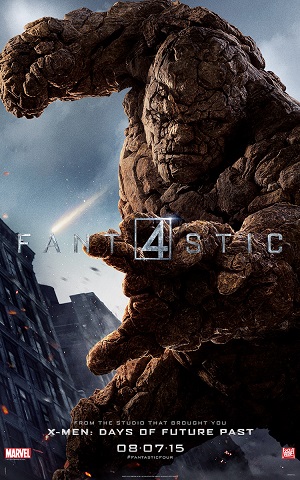