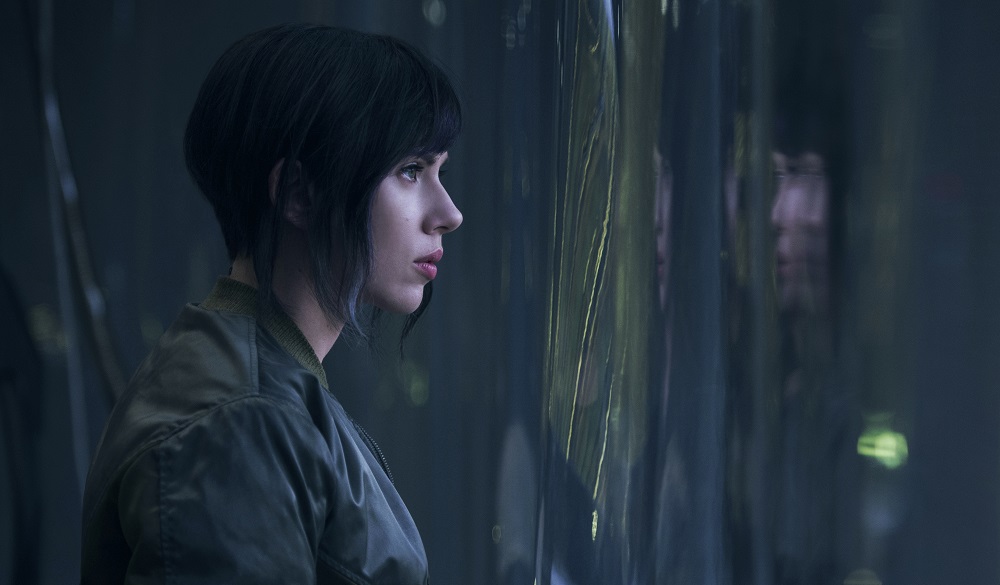 Paramount Pictures’ adaptation of the landmark Japanese Manga Ghost in the Shell, itself already transformed into a classic animated feature in 1995, has been the subject of great debate and discussion since the moment the Rupert Sanders (Snow White and the Huntsman) directed feature went into official production. The main reason for this was the casting of international superstar Scarlett Johansson in the lead role, claims of the Hollywood whitewashing of another Asian property reverberating just about everywhere. 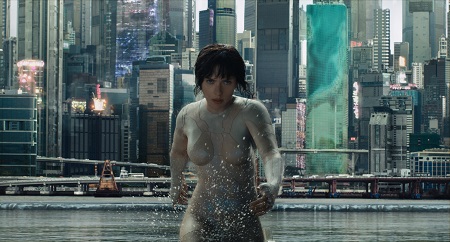 It is interesting that the movie itself makes something of an attempt to tackle that controversy head-on, most notably in a way that is both daring as well as a significant change from the source material, screenwriters Jamie Moss (Street Kings), William Wheeler (Queen of Katwe) and Ehren Kruger (The Ring) taking a major risk by doing so. It’s a fascinating what-if scenario, one I don’t want to go into in any sort of great detail as those who choose to buy a ticket should discover the ins and outs of this particular revelation without my spoiling it for them. Problem is, what is posited is also never discussed or debated, this major plot revelation treated as an excuse to tug at the heart strings, bring strangers together and instigate a gigantic action sequence that takes up the crux of the story’s fiery climax.

I almost can’t fathom why they all decided to go there. It’s almost as if, in the pursuit of showing they were more culturally sensitive than the skeptics decrying the remake wanted to believe, Sanders and his gaggle of writers concocted a scenario that could potentially take the wind out of their critics’ sails. But by not really diving into the complexity of the issue, talking about how this cultural erasure could affect an individual to such an insidiously terrifying degree, they instead augment the very critique they were striving to circumvent. It’s a damning turn of events, one that showcases a level of cluelessness that’s close to alarming, erasing any good will I might have been caring for this new interpretation of the material to the point it practically no longer existed at all.

Making matters worse? There is an additional attempt to make this argument moot by also offering up a rich, distinctive and culturally distinctive ensemble featuring a cadre of character actors from around the globe. Even then, however, save one notable, and important, exception, none of them get to do very much, folks like Chin Han, Danusia Samal, Lasarus Ratuere, Yutaka Izumihara, Tawanda Manyimo, Adwoa Aboah and Kaori Momoi around more to provide racially sensitive window dressing than they are anything substantive. It’s a head-scratching turn of events, and for the life of me I can’t quite figure out what anyone involved was thinking, all of it leaving such a bad taste in my mouth I’m finding it difficult to talk about the movie at all even though there was quite a bit about it I did find worthy of complimenting.

Taking place sometime in a future Tokyo where the line between human and robot begins to grow slimmer by the second, the core plot revolves around Section 9 operative Major (Johansson), a cybernetic crime fighter powered by the human brain of a young woman who was the victim of a horrific terrorist attack one year prior. While her body is synthetic, her soul, or her “ghost,” as the woman who saved her, Hanka Corporation scientist Dr. Ouelet (Juliette Binoche), calls it, still remains, each day a burst of seemingly new sensations Major can’t be certain she’s experiencing for the first time.

Even so, she’s the perfect cop, Section 9 head honcho Daisuke Aramaki (“Beat” Takeshi Kitano) treating her as an equal in every respect, allowing her to take charge of his elite unit no questions asked. But when the group comes up against their most dangerous opponent yet, a terrorist calling himself Kuze (Michael Carmen Pit) currently waging war against the Hanka Corporation and their most valued scientific minds, everything Major thought she knew about who she is as well as the reasons for her creation all come into question. Truth and lies mix into one, while the illusions that helped make her into a lethal enforcer for justice suddenly start to fade into the background. Soon, Major finds herself at an unfathomable crossroad, all the choices open to her appearing to lead directly to her destruction and nowhere else.

Only the barest bones of that plot have anything to do with the actual source material, which honestly isn’t as bad a thing as it could have been. The screenwriters have streamlined the proceedings considerably, wiping away many of the more esoteric and ephemeral themes that made, for me at least, the original 1995 animated feature such a richly rewarding science fiction discovery. But this reworking into noir-drenched buddy cop mystery, Major spending the majority of the movie attempting to discover the truth alongside her second-in-command Batou (Pilou Asbæk), isn’t that terrible an idea, the intricacies of the case relatively intriguing. 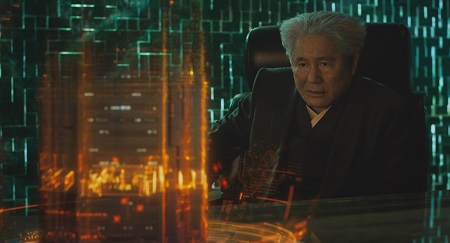 It isn’t enough. As spectacular as some of the imagery might be, as magnificent a visualist as Sanders undeniably is, there are still long stretches where the whole thing plays more like a psychedelic music video for composers Clint Mansell (Noah) and Lorne Balfe’s (13 Hours) stirring score more than it does anything else. There’s little in the way of the character development for any of the supporting players, while Kuze is far from the pitiable villainous figure born of incomprehensible misfortune as he by all rights should be. There’s a lot of sound and one heck of a lot of fury, all of it impressively composed and staged, yet it all frustratingly builds to little that’s interesting, the climax itself signifying nothing substantial as it plods its way to the inevitable setup for a sequel the studio would likely love to see someday come to fruition if this film proves to be a hit.

Johansson is admittedly solid as Major, her chemistry with Danish actor Asbæk superb. Sanders also uses Japanese icon Kitano magnificently, those longing for the celebrated writer, director, comedian, painter, composer and actor to strut his violently kinetic stuff likely won’t walk away from the film disappointed as far as that item is concerned. But there are so many boneheaded creative mistakes watching them smack one into the other with such ghastly consistency frankly boggles the mind. Ghost in the Shell is a stupefying failure that’s close to unforgivable, its apparent inability to understand what it gets wrong and why a perplexing mystery even Major herself wouldn’t be able to solve. 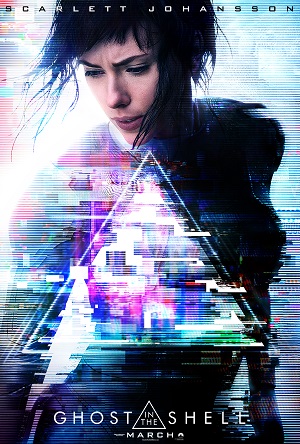