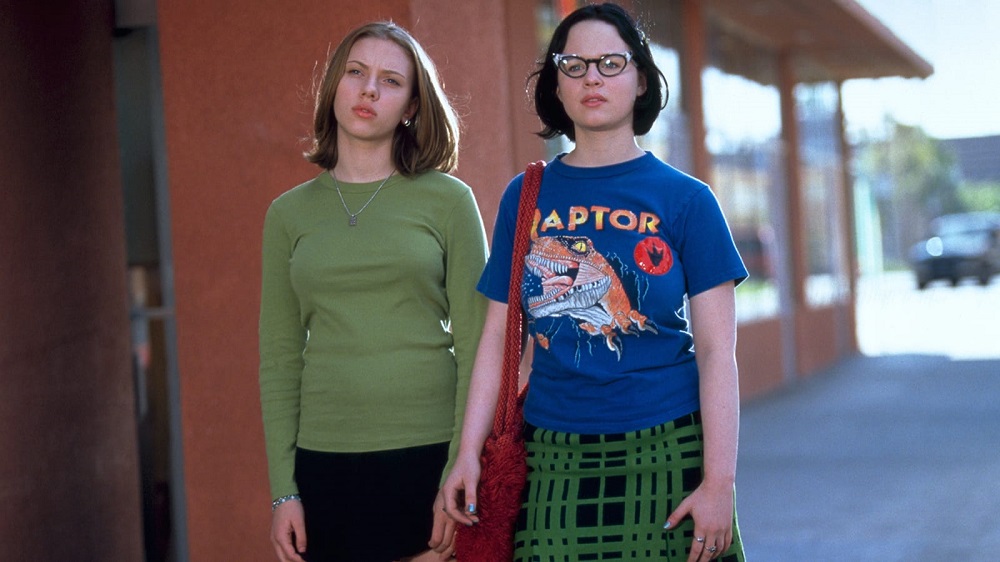 Teen films are all the rage. It seems like every Hollywood studio is clamoring to fill their production slate with a ragtag group of movies featuring every young, fresh-faced actor they can find. Why? For one thing, they’re cheap to produce. Another? Once in a while a studio strikes gold with one of these pimple-free variants (American Pie, Bring it On) on modern youth culture and, when they do, the profits pour down like rain.

One problem: 90% of these films stink. So much so that the thought of sitting through another one – no matter how promising it may look on paper – is almost like nails on a chalkboard.

I admittedly felt a little trepidation walking into Ghost World. As much as I loved Terry Zwigoff’s prior film, the sublime documentary Crumb, I knew nothing of Daniel Clowes’ graphic novel on which this one was based. Also, documentarians are typically hit-or-miss when they make the transition to narrative features.

With all that in mind, Ghost World is one of the few must-see films to come out so far this year. Like other modern teen sensations Rushmore and Election, it has a quirky sensibility that’s inherently realistic yet also seldomly translates to box office success. It’s a sneaky, cynical masterwork of urban dystopia seen through teenage eyes. I couldn’t have loved it more.

It all centers on Enid (Thora Birch) and her best friend Rebecca (Scarlett Johansson), two young women facing the bewildering uncertainty of life after high school. This forces the girls to reexamine their aspirations and dreams, ultimately putting strains on a sisterly relationship they were certain was going to stand the test of time.

The story Zwigoff tells plays like a series of small vignettes interweaving characters and visions of everyday life. The vagaries of youth are played out amongst the flirtatious glances towards the local convenience store clerk Josh (Brad Renfro), a friend the girl’s associate with primarily due to his rusty car. Also thrown into the mix are Enid’s loving father (Bob Balaban), an eccentric art teacher (Illeana Douglas) and Seymour (Steve Buscemi), a regular schmo who at first glance appears to be just another stereotypical geeky collector but upon further inspection has far more introspectively soulful to offer.

Everything works. Clowes and Zwigoff’s screenplay is sheer perfection, while the latter’s unerring direction is subtly sublime. Recovering nicely from the disaster that was Dungeons & Dragons, Birch is an absolute delight. If there was any justice, she would be considered a front-runner for an Oscar nomination but, as was proven with Reese Witherspoon being criminally overlooked in Election, she’ll probably have to settle for an inevitable Independent Spirit nomination instead.

But all of the actors shine. Balaban’s few scenes where his attempts at communication with his daughter dissolve into unintelligible two-word sentences are funny and heartbreaking all at once. Johansson and Renfro are sublime, and Douglas again proves to be one of the most underutilized and undervalued actors working today.

Yet it is Buscemi who stands out the most. He makes Seymour a richly drawn, deeply human character. It’s some of the best work of his career, and it is easy to see why he was the runner-up for the Best Actor award at this year’s Seattle International Film Festival.

There is so much about this one to love and cherish. Fleshing out all its beautifully off-center layers will take multiple viewings, and while the resolution to this tale is purposefully unclear, it’s all so true-to-life I couldn’t be bothered to care. In a world of stories pertaining to be about teenage and young adult life yet hold nothing but the most saccharine and cliché-ridden ideas at their heart, Ghost World shines bright as an achingly realistic tour de force worthy of celebration. 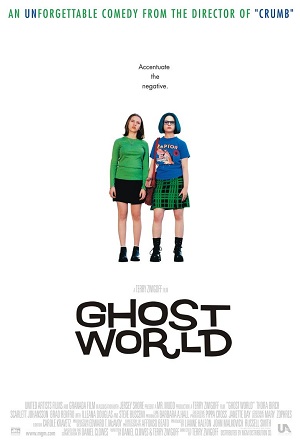