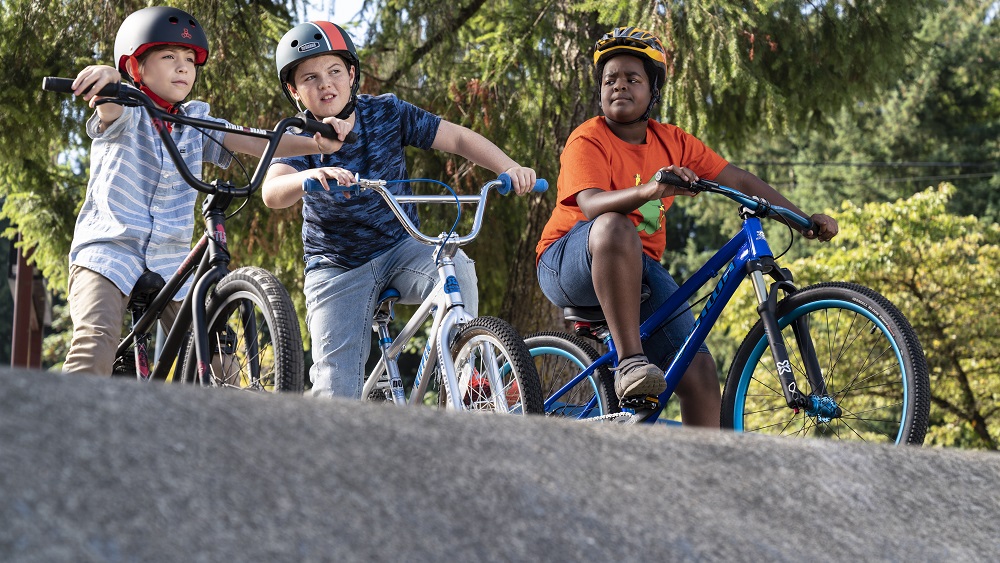 A new school year has started, and Max (Jacob Tremblay), Lucas (Keith L. Williams) and Thor (Brady Noon), otherwise known as “The Beanbag Boys,” are all excited to now be in the sixth grade. They are in the strange, unexplainable middle period between prepubescence and the blossoming into an overly-hormonal teenager, these self-described “tweens” absolute certain nothing will break their bond and that they’ll remain best friends forever. But when Max is invited to a “kissing party” by the coolest kid in school, angling invites for Lucas and Thor in the process, things take an unexpected turn, the trio embarking on a crazy, messed-up adventure that will introduce them to an adult world they’re maybe still too inexperienced, and definitely much too young, to fully understand.

Basically a tween-age Superbad, Weird Science or Ferris Bueller Day’s Off, the very R-rated comedy Good Boys isn’t without its laughs. The talented trio of young actors at the center of director and co-writer Gene Stupnitsky’s feature-length debut are certainly up to the ribald challenges that the filmmaker and his fellow screenwriter Lee Eisenberg (Bad Teacher) has placed in front of them to collectively deal with. Tremblay, Williams and Noon are nothing less than terrific, their friendship believable throughout the motion picture. Additionally, they can sell a joke pretty darn well, their combined innocence as they cluelessly play around with some very adult toys or are forced to overcome some exceedingly adult challenges consistently delightful.

Unfortunately, as good as they and the rest of the cast might be, much of this comedy falls undeniably flat. While the movie is funny, it isn’t consistently so. More, as things go on the gags become more and more tiresome as Stupnitsky and Eisenberg almost can’t help but repeat themselves. Other than a pair of high school seniors, Hannah (Molly Gordon) and Lily (Midori Francis), the remainder of the characters rarely spring to life in a meaningful or memorable manner. This dulled my interest in Max’s pursuit to kiss his dream girl Brixlee (Millie Davis) at the party no matter what the cost a significant amount, and if not for the way in which his friendship with Lucas and Thor was to put to such a surprisingly complex, intelligently multifaceted test I doubt I’d have found much here to talk positively about.

Thankfully, that aspect of the movie is quite good, maybe even excellent. The trio’s friendship is incredibly authentic. It’s evolution even more so. Each kid ends up learning a great deal about themselves and what they are just beginning to understand what they want out of life as this crazy, messed-up day transforms into night, their individual epiphanies building to a place of introspective catharsis that moved me far more than I ever would have anticipated it was going to before the movie had begun. Stupnitsky and Eisenberg have far more to say about childhood friendships than initially meets the eye, the raw candor of the revelations they present all ones I couldn’t help but be somewhat moved by.

Not that I can say this was enough. The humor just isn’t strong enough to carry the film through to its end, and even though the filmmakers have peppered the cast with a lot of recognizable comedic faces (most notably Will Forte as Max’s father), only Lil Rel Howery and Retta as Lucas’ parents make any sort of lasting impression. The rest just pop in and out at random times for seemingly little to no reason at all, and other than the fact they were likely friends with producers Seth Rogen and Evan Goldberg it’s hard to imagine what drew any of them to this project in the first place. Additionally, unlike the aforementioned Superbad, 2013’s The To-Do List or this past summer’s far superior Booksmart (still my personal favorite film of 2019), there’s just not enough thematically bubbling underneath the surface to make any of this ascend to a level beyond that of the readily anticipated.

Readily anticipated, save for that aforementioned thoughtful progression of the trio’s friendship. That really is kind of remarkable, and it’s possible because of that, and also in large part thanks to Tremblay, Williams and Noon, the film might grow on me a bit more over time. But as things sit right now I’m almost indifferent to this comedy, and as superb as the three boys are, and as warmhearted and cleverly sentimental as things ultimately prove to be, I’m having trouble cheerleading in support of this one nearly as much as part of me feels like I should be. There are laughs to be found, no question, and there’s no doubt others will find a lot of this to be downright hysterical. I’m just not part of the camp that is willing to add my support to a statement which would state that to be the case, and while Good Boys is pretty darn far from being a bad movie, that still doesn’t mean I’m personally interested in watching it again anytime soon. 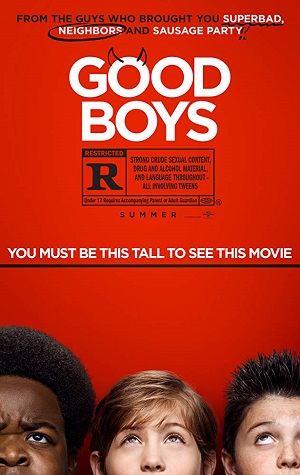