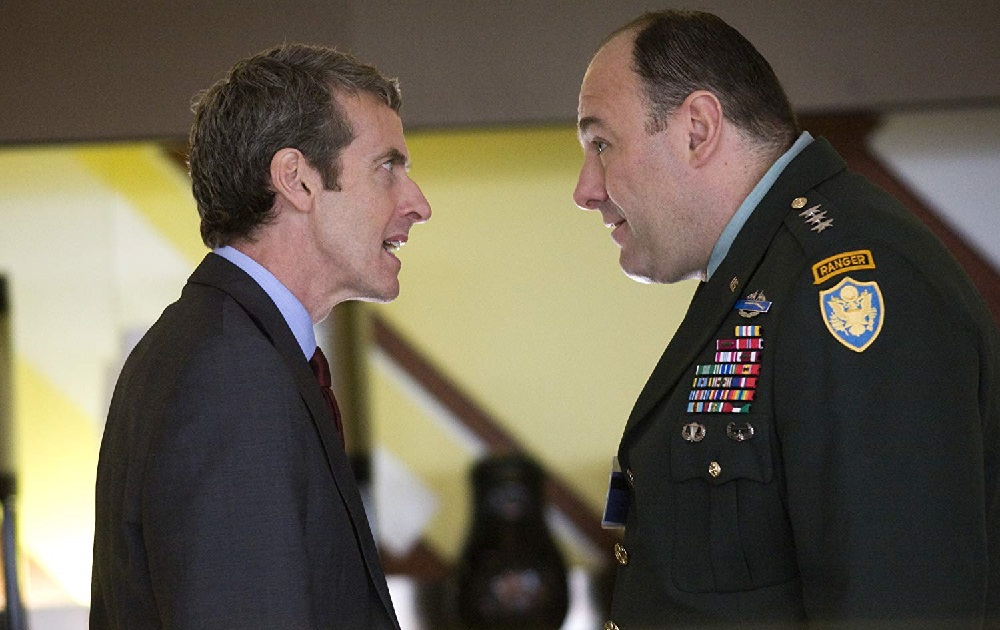 Profane Loop Inside the Beltway Brilliance

The new political satire In the Loop is the best film I’ve seen so far this year. Not only is it smart, witty, beautifully acted, incisive and biting, it is also drop-dead funny, director Armando Iannucci and his crackerjack team of writers manufacturing something special, and in a 2009 filled with so much Hollywood summertime blah, this is one British import I’m currently doing cartwheels over.

This movie is that good. Heck, I’m tempted to put it in the echelon of all-time great satires up with Robert Altman’s M*A*S*H, Sidney Lumet’s Network, Arthur Hiller’s The Hospital and Stanely Kubrick’s Dr. Stangelove. It is a comedy of fearlessly profane genius that just so happens to know one heck of a lot about the Machiavellian political mechanics of the 21st century.

Hyperbole aside, In the Loop is an “Office” style comedy set in the backrooms of British and American Intelligence Agencies and follows the events leading up to the recent invasion of Iraq. It starts with mumble-mouthed U.K. government minister Simon Foster (Tom Hollander), who gives an interview where he unintentionally backs U.S. war in the Middle East. This starts a surreal chain of events that place him in the middle of a political maelstrom culminating in a flurry of statements and counterstatements at the United Nations.

The rest of the players include venomous British communication chief Malcolm Tucker (Peter Capaldi), who eats politicians like others lap up a bowl of morning cereal, U.S. Lt. Gen. George Miller (James Gandolfini), a career soldier who thinks war in Iraq is as crazy idea as any he’s ever heard, and Karen Clarke (Mimi Kennedy), the Assistant Secretary for Diplomacy who agrees with him. There’s also Englishman Toby Wright (Chris Addison), Foster’s chief spin doctor charged with the impossible task of helping his boss stay out of trouble, and Liza Weld (Anna Chlumsky), Karen’s aid whose analysis of a potential war, given the lugubrious nickname “PWPPIP” by the Pentagon, has somehow become belle of this particular political ball.

I love how this film bursts right out of the gate hitting every target it is firing at. Hollander’s initial wacky moments trying to recover from his interview debacle is aces. There is also an ease to the narrative progression that happens after this opening salvo, a lived-in authenticity that is as uncomforting as it is hysterical. I didn’t so much feel like there were cameras following all these people around so much as I imagined myself a fly on the wall eavesdropping on their escapades, this feeling of intimacy ultimately what ends up pushing things into the realm of greatness.

It helps that this movie is funny. Laugh-out-loud funny. Squirm in your seats funny. Punch your friend in the next seat in the shoulder funny. Grab the armrests and squeal in happy exuberance funny. Pee your pants giggling funny. Spew popcorn out your mouth and Diet Coke through your nostrils funny.

In other words, In the Loop made me laugh. Capaldi proves to be a wizard with profanity, spewing obscenities with an elegant corrosiveness that’s operatic. From this point forward the actor is the new king of the four-letter-word takedown, able to tear apart anyone and everyone with the skill of a chess grandmaster, utilizing the corrosive language of a career Navy sailor in order to do so.

But everyone has their moment. Hollander is wonderful, while Kennedy and Gandolfini play off one another with consummate skill. “Sledge Hammer!” favorite David Rasche showcases a dry wit he could possibly trademark. As for the rest of the players, a list that includes Chlumsky, Addison, Gina McKee, Olivia Poulet and Paul Higgins, they’re all so good I wanted to personally thank each and every one of them after the film came to an end. Even Steve Coogan’s cameo ends up a wall-toppling smash, his shtick weaving so seamlessly inside the satirical narrative I could have cared less that he ended up being one of the few who failed to completely disappear inside his role.

The movie is a feature-length offshoot of Iannucci and Capaldi’s eight-episode BBC series “The Thick of It,” but that doesn’t mean the viewer needs to be well-versed in the program to enjoy what the pair have come up with here. I’ve never seen the show and I still found In the Loop to be amazing. This comedy works whether or not one knows the back-story beforehand, their film living in the now with no problems whatsoever.

A good satire makes one think while at the same time remembering to produce a few solid laughs. A great one does that, too, but then goes beyond to offer up insights and observations the viewer will ponder long after the end credits have rolled. They become timeless in their prescience, allowing viewers to see things through a boldly unique prism that grants them a peek behind the curtain they end up feeling like they were probably never supposed to see. That’s In the Loop in a nutshell, this satire a work of political beltway brilliance I’ll be thinking about for many years to come. 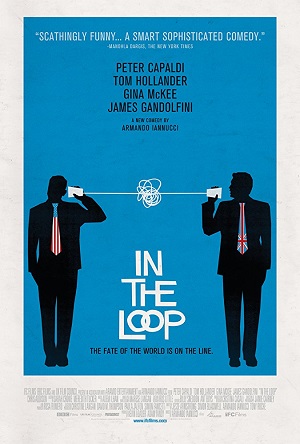