I never understood the deep animosity Ang Lee’s Hulk generated. While nowhere close to perfect, his take on one of Marvel’s signature characters was far from timid and energetically went out of its way to break as many of the genre’s rules as it could. It was actually about something, the film’s dealings with the nature of humankind and the mysterious demons lurking within the id an intriguing puzzle box I thoroughly enjoyed trying to decipher.

I certainly agree that the final third of the picture fell apart, the idiotic cartoon climax particularly annoying considering just how much heart and soul went into the rest of it. Overall, however, I think what Lee attempted with his superhero opus is deserving of both respect and admiration, and while it doesn’t rank with the director’s classics like Sense and Sensibility, Crouching Tiger, Hidden Dragon, The Ice Storm, The Wedding Banquet and Brokeback Mountain, it’s still a worthy effort I cannot help but respect.

But the film was still considered a failure, so it isn’t exactly a surprise Marvel and Universal Studios went out of their way to re-invent the wheel and take their stomp-and-smash behemoth back to the drawing board. The thing is, director Louis Leterrier’s (The Transporter) The Incredible Hulk doesn’t exactly rise to the occasion. Sure it’s better than The Fantastic Four or Ghost Rider, but considering how awful those flicks were that isn’t saying particularly much.

Not that there aren’t a handful of solid thrills and chills. Edward Norton (who apparently co-wrote the screenplay, even though the Writer’s Guild decided not to give him credit) is a definite improvement over Eric Bana as Bruce Banner. While I like the latter actor a lot (his performance in Troy is the only reason to watch that overblown mythological spectacle), Norton actually seems to really connect to both Banner and to the Hulk in ways Bana never did. It’s a solid performance, and one that keeps the movie interesting even when the plot proves to be one massively forgettable snooze.

Thankfully Leterrier knows how to stage comic book action sequences that announce themselves with a full-bodied, deep-throated roar. An opening chase through the streets of a Brazilian favela ending inside a rundown soda pop factory is arguably one of the best things I’ve seen this year, while a latter confrontation between The Hulk and an Army attack helicopter is so giddily invigorating I almost didn’t want it to end.

With all that being the case, why does the film feel like a rather humdrum letdown? Well, for one thing, as good as Norton is he still has absolutely zero chemistry with costar Liv Tyler. Her Betty Ross isn’t anywhere near the character Jennifer Connelly’s was in the Lee version. Here she’s a rather pathetic wallflower speaking in such breathy monotone I kept waiting for Marilyn Monroe to rise up from the grave and slap the actress for doing such an awful imitation. While I normally like Tyler a lot, here she just looks lost, sleepwalking through the proceedings and arguably delivering the worst performance of her entire career.

But this isn’t the real problem. The real issue is the fact The Incredible Hulk is another one of those pictures that looks like a giant video game come to life, the only problem being the person playing it is having way more fun than we are watching them do it. While the CGI is light years more dynamic then it was in Lee’s film, the same problems remain. Not once do you believe the events taking place up on the screen are actually happening, and when the Oscar short-list for potential nominees for Best Animated Film are announced don’t be surprised if this is on it.

All kidding aside, this bit of semi-serious sarcasm still brings me back to where I began, wondering what was so bad about Ang Lee’s Hulk and why so many seem to despise it. Considering this new take on the character isn’t anything special, I can’t help but think this second attempt by Universal to bring the green superhero to life isn’t going to do any better with viewers and at the box office than it did back in 2003. This new film might have its moments and the character might still have his angry superpowers, but that doesn’t make it  anything close to incredible. Maybe the third time will be the charm and they’ll get Hulk right when they make that rumored Avengers movie in 2011. I guess we’ll just have to wait and see. 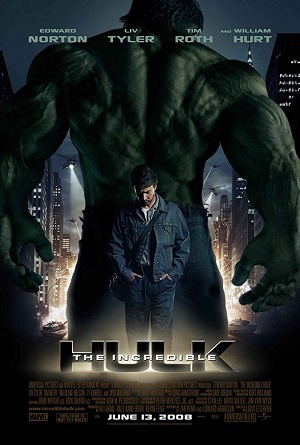