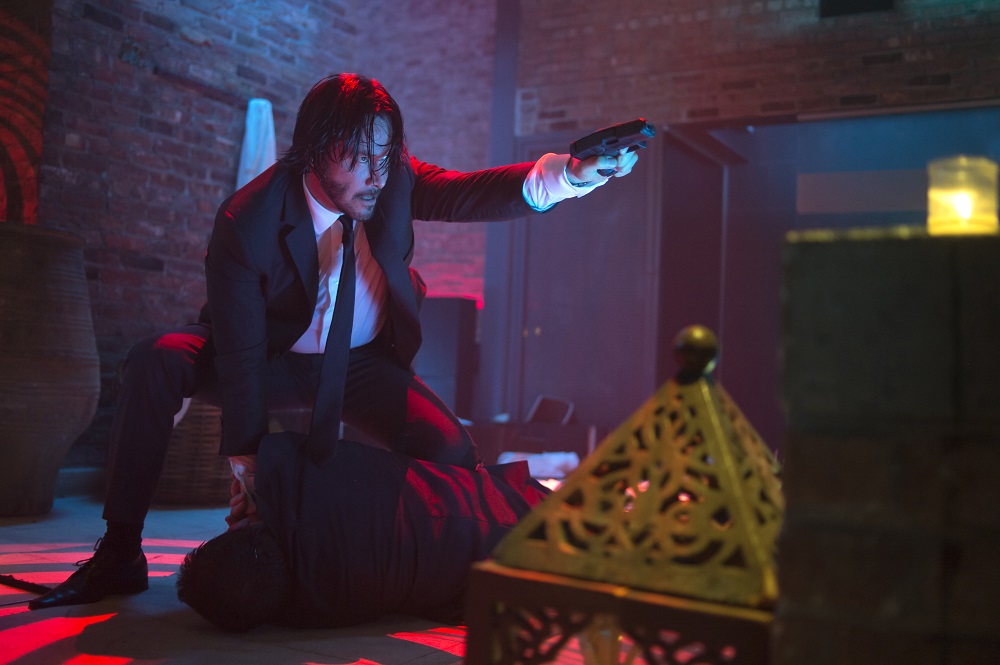 They killed his dog. A gift from his wife Helen (Bridget Moynahan), arriving on his doorstep the day of her funeral as a final surprise to him so he wouldn’t lapse into depression and despair, John Wick (Keanu Reeves) is instantly connected to the animal. So when Russian mobster Iosef Tarasov (Alfie Allen) makes the spontaneous decision to enter his house and steal his car, none of that matters near as much as the man’s murdering of this beloved pooch, an event that reawakens demon’s inside of John he’d long ago suppressed. 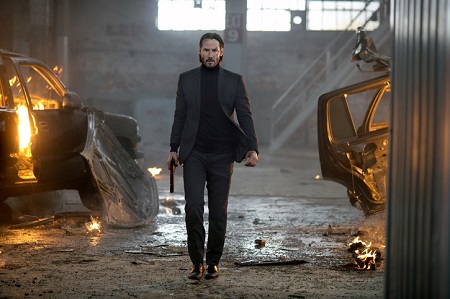 I knew I was going to like John Wick the moment John Leguizamo shows up as the sleazy head of a high-end chop shop and stares straight at Allen and asks – fear, loathing and incredulity surging inside every syllable – where in the world he got the car he’s now bringing him. There is something so perfect about this moment, something primal, something dripping with a feral animal magnetism speaking directly to the carnage to come, that led me to understand in that second this movie was going to work.

To say it does so is an understatement. Directed by Chad Stahelski, a veteran stunt performer who’s worked with Reeves on everything from The Matrix to Constantine to even The Replacements, and written by Derek Kolstad, the movie is an aggressive, take-no-prisoners throwback in the Steve McQueen/Lee Marvin vein with a healthy dose of Steven Soderbergh’s The Limey thrown in as well. It is also infused with inspiration hailing from Asian cinematic maelstroms as diverse as the works of John Woo, Chan-wook Park, Joon-ho Bong, Takeshi Kitano and Seijun Suzuki, the resulting picture a cacophony of sound and fury that’s a total hoot brutal start to bullet-riddled finish.

Reeves’ Wick is a walking hearse, unleashing death and destruction as easily as the average person breathes. He waltzes through the film with steely-eyed aggressiveness, his single-minded pursuit one he’ll see carried out come what may. It’s the type of role the actor was born to play, but, more than that, one he, much like Clint Eastwood in Unforgiven, has allowed himself to grow in to, the furrows in his brow and creases under the eye speaking unending volumes of suffering and outrage no amount of carefully manufactured bits of dialogue and conversation ever could.

Not to put this movie on that hallowed level; heaven forbid. John Wick is nothing more than a gritty B-grade action throwback, content to play out sequences of ultra-violence and havoc, leaving any and all pretense at something deeper, more profound, rightly on the cutting room floor. If anything, the few moments when the movie does try to explain itself, when it does take a few seconds for a character to explain what is going on and why, that’s when it becomes a little too much to bear, and if anything Stahelski and Kolstad would have been better off sticking to the Point Blank or High Plains Drifter template and kept things as nondescript and as ephemeral as possible. 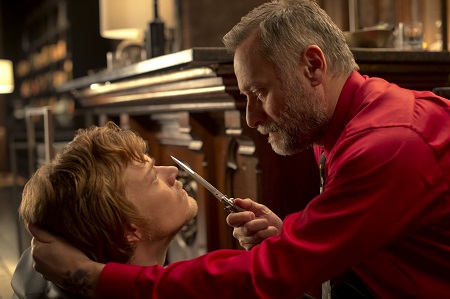 Great supporting turns abound, not the least of which are Michael Nyqvist as Iosef’s father and Wick’s former boss Viggo and Willem Dafoe as a fellow high-level assassin whose allegiances – but not his aim – are continually in question. Also having a grand old time are Adrianne Palicki as a hired gun willing to break long-held covenants in order to make an outrageous sum and Ian McShane as a somewhat shady yet undeniably honest information agent who says it like it is while also holding people accountable when they don’t live up to their word. Worthy of mention is veteran character actor Lance Reddick, recently seen in The Guest, and while he doesn’t do a lot he still makes his presence known in ways that are both humorous and chilling, oftentimes both at the same time.

John Wick is never going to be remembered as some hard-boiled action masterwork in the same vein as John Boorman’s Point Blank or John Woo’s The Killer. It doesn’t dig deeply enough to resonate in the consciousness for all that long after it comes to its shrewdly eccentric, bloodcurdling climax. But the movie is just so much fun, so craftily shot, edited, scored and staged, watching it as blissful and adrenaline-filled an experience as anything I’ve experienced this whole year. 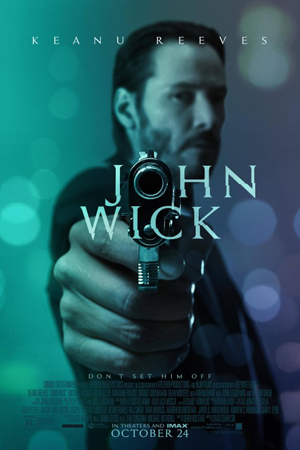