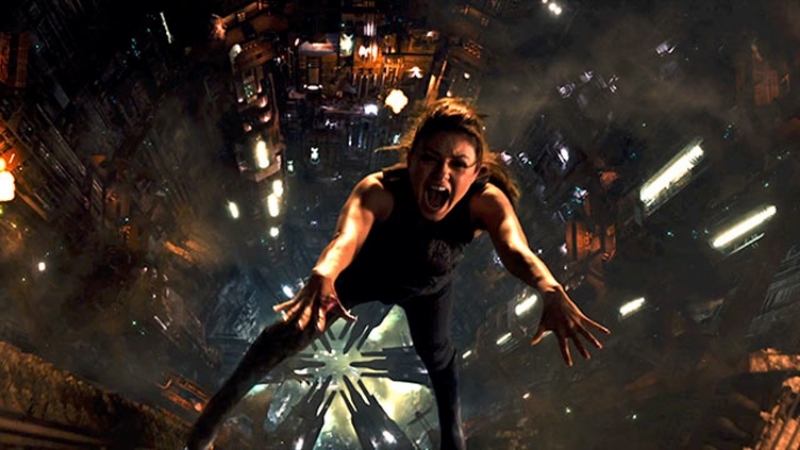 Jupiter Ascending, written and directed by The Matrix and Bound wunderkinds Andy and Lana Wachowski, is as crazy and as absurd as it is imaginative and inspired. It is a messy, unkempt amalgam of science fiction and mythological tropes pulled from works as far-ranging (and as far-reaching) as that of the ancient Greeks, the Bible, Isaac Asimov, George Lucas, William Gibson and Japanese anime. It’s a cyberpunk odyssey that’s as much Blade Runner as it is Ghost in the Shell, all of it infused with a jolt of Frank Herbert eccentricity that’s so unbelievable it’s downright endearing. 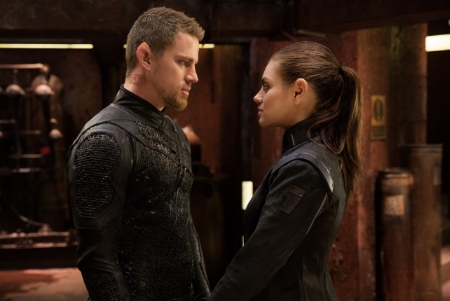 None of which I’m certain makes the movie itself anything close to good, the whole thing haphazardly connecting one idea or theme with another almost as if the Wachowski’s and their talented cast and crew were making them all up as they went along. Some sequences are almost laughable in their lunacy, while others are just plain head-scratching as the viewer fails miserably to make heads or tails out of what is going on and why.

In many ways this makes Jupiter Ascending, delayed six months by the studio after worries it couldn’t compete in a crowded summertime marketplace, featuring a reported $175-million price tag and a central actor – Eddie Redmayne – who has seemingly done all he can to distance himself from it in order to not jeopardize his Best Actor Oscar hopes for The Theory of Everything, the 21st century companion to David Lynch’s ill-fated 1984 crack at Herbert’s Dune. Visually stunning, featuring performances ranging from spectacular, to cartoonish, to emotionless, to outright over-the-top bonkers, magnificently scored within an inch of its life by Michael Giacchino (Up, Super 8), the movie is a wildly flamboyant and a joyous ambisexual whirligig that doesn’t know when to stop and refuses to quit. In short, I kind of loved it, and I simply don’t care what sort of critical limb that puts me out on by saying it.

Summing things up is both impossible and unimportant. Long story short, Jupiter Jones (Mila Kunis) is an illegal Russian immigrant brought into the U.S. as an infant. Smart, quick with a comeback and overflowing with personality, she’s nonetheless taken aback when an intergalactic soldier, Caine (Channing Tatum), saves her from being executed by what only can be described as a malicious cadre of little green aliens. Next thing the Chicago maid knows she’s being referred to as, “Her Majesty,” by species all across the galaxy, thrust into an epic adventure that pits her against the vitriolic Balem Abrasax (Redmayne) for control of the Earth and all who call it home.

The movie posits a number of things, not the least of which is that the Earth was “seeded” by the Abrasax family – Balem’s siblings Titus (Douglas Booth) and Kalique (Tuppence Middleton) envy their brother’s control of the planet – and that the only reason humans exist upon it at all is to feed their massive, and lethal, corporate ambitions. It then blends in a number of additional factors including reincarnation, genetic crossbreeding of species and cyber-enhancements to the human organism. It thrusts all of this into a primordial sci-fi stew that travels the extent of the known and the unknown, a mangy-eared love story thrown in for good measure adding a level of emotional involvement that otherwise might not have existed without it. 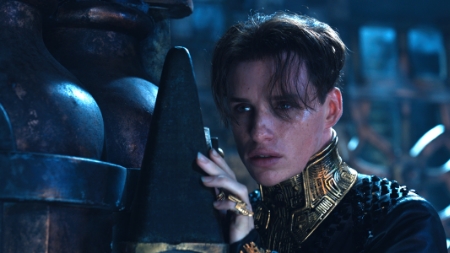 As stated, it’s a mess, things flying so fast and furious it’s not exactly surprising that the Wachowski’s have trouble assembling everything into anything close to a cohesive whole. It’s difficult not to wonder if there was some sort of behind-the-scenes squabbling between the siblings and the studio during the six month delay, and whether true or not it feels as if large portions of the narrative have been left for whatever reason on the cutting room floor. Was there a mandate to get rid of all the emotional stuff? To jettisons the exposition? To get to the action and let audiences figure the rest out for themselves? I obviously don’t know, but that sense that those conversations might have taken place is impossible to dismiss nevertheless.

But, who am I kidding? It’s obvious I don’t care, Jupiter Ascending sweeping me up inside its beautifully manufactured and meticulously crafted mind-blowing visual charms, the rest proving to be nowhere near as important as they by all accounts should be. The Wachowskis let their ambition overstep their reach, no surprise considering what happened with The Matrix Reloaded and The Matrix Revolutions, I know, but at least they’re making the attempt, refusing to kowtow to convention and going for broke when others would be content to follow the superhero comic book status quo. This is a movie, even with all its faults, even with all its missteps, to treasure, and I have this odd feeling as the years go by we’re going to start appreciating everything that’s happening inside it a whole heck of a lot more than we right now realize or imagine we will. 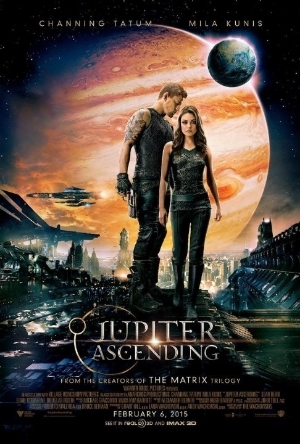