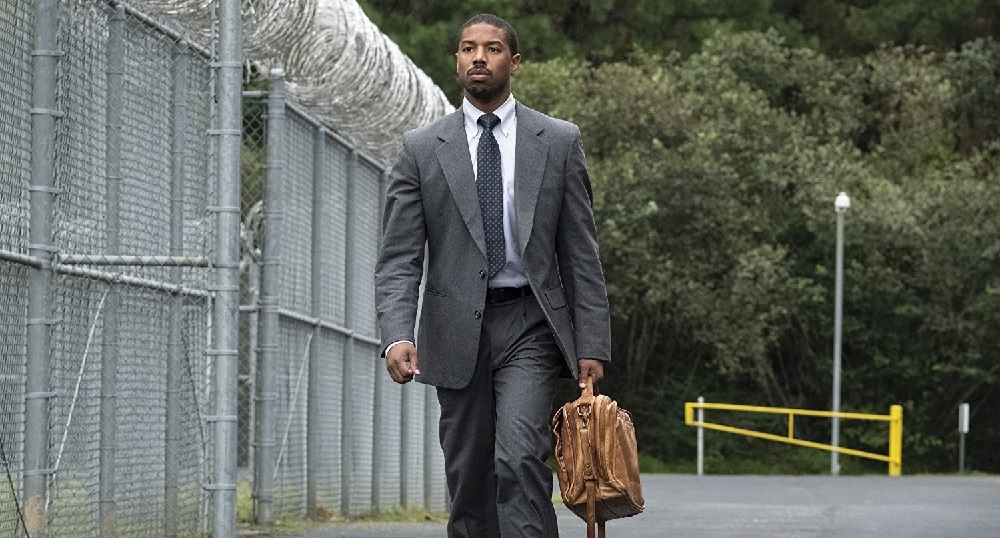 “Hope allows us to push forward, even when the truth is distorted by the people in power. It allows us to stand when they tell us to sit down, and to speak when they say be quiet.”

Here’s what I wrote about Black Christmas back in December of 2019:

“Bryan Stevenson (Michael B. Jordan) has graduated from Harvard Law School with honors. It is 1988 and he has the pick of almost any high-profile, well-paying job he could want. But instead of going to New York, Los Angeles or Washington, DC, Stevenson chooses to take a Federal grant and head to Alabama to provide free legal services to those who did not receive or afford proper legal representation during their trials.

One of the first men he meets is Walter McMillian (Jamie Foxx). He was condemned to Death Row for the murder of an 18-year-old white woman even though there’s an avalanche of evidence proving he couldn’t have committed the crime. Stevenson is certain that once a new judge looks at all the facts McMillian will be immediately released.

The powers that be led by local Sheriff Tate (Michael Harding) and newly elected D.A. Tommy Champan (Rafe Spall) disagree. Not wanting to lose face they pull out all the stops to keep this innocent man behind bars. It will take all of Stevenson’s investigative and legal efforts to see justice is done and that his client is reunited with his family, certain that facts matter and those with hearts unclouded by bigotry and hate will mercifully see the truth.

Based on Stevenson’s best-selling memoir, Just Mercy is a solid rebound for Short Term 12 filmmaker Destin Daniel Cretton after the shockingly forgettable mediocrity of 2017’s The Glass Castle. Co-writing the script with Andrew Lanham (The Shack), the film is a straightforwardly candid procedural featuring a strong Jordan in the lead role and an outstanding Foxx in superlative support. While there are few surprises and the destination is never in doubt, Cretton keeps things emotionally grounded while also crafting an authentically hardscrabble milieu that is bracingly sincere. It’s a good movie that grows in intimate power as it goes along, the story’s ending an honestly moving denouement that brought genuine tears to my eyes.

Not that many risks are being taken. Even considering the timely nature of the themes or the explosively heinous reality of the American judicial system as it pertains to minorities, Cretton isn’t digging particularly deep. He’s content to play things out entirely on the surface, never going anywhere that isn’t unexpected as he brings McMillian’s truth out of the fog of so many odious and egregious lies. The director doesn’t overplay his hand but he also isn’t above adding a few layers of melodramatic contrivance (i.e. soaring music queues, soft-lit hero shots, long closeups of characters breaking down into tears). All of this gives the film a formulaic aesthetic that doesn’t always fit, and I can’t say I was as personally connected to Stevenson, McMillian or any of the other characters as much as I wanted to be.

The flipside is that the filmmaker never loses sight of whose story it is he’s telling. There are no white saviors, no characters who take the focus off where it needs to be. Even with Cretton’s go-to actress Brie Larson (she’s the star of both Short Term 12 and The Glass Castle) popping up in a key supporting role and veteran character actor Tim Blake Nelson portraying a convict with vital information pertaining to McMillian’s guilt or innocence, neither becomes the drama’s focal point. Instead, events are seen through Stevenson’s POV which is exactly as it should be, all of which gives the film a startled, eye-opening urgency that builds to crescendo during the climax.

Jordan is great even if the role doesn’t allow him the same amount of freedom to emote or evolve as some of his past efforts like Fruitvale Station, Creed and even Black Panther have afforded him. Still, his resolute stoicism and contained fury are put to good use as Stevenson, making moments where the lawyer wonders if his efforts for his clients are all for naught hit home with palpable authority. Jordan stands strong at the center of this production with an iron-willed tenacity that’s compelling, his ability to see through the shroud of ignorance, subterfuge, illegality and overt racism leaping off the screen.

As good as he is, Foxx is even better. The Ray Oscar-winner delivers one of the best performances of his career, taking a character who easily could have been a compendium of judicial racism melodramatic clichés and instead infuses him with layers of complex depth that are magnificent. Every time McMillian was up on the screen I couldn’t take my eyes off of him. Foxx is a naturalistic powerhouse, the subtle breadth of his performance frequently catching my surprise.

I can’t say the film as a whole knocked me out in quite the same way. As refreshingly radical as it might be to have an old school major studio Hollywood narrative like this seen through the eyes of a minority character like Stevenson, Cretton still utilizes a traditional template as far as his dramatic structure is concerned. He doesn’t buck convention the same way he did with Short Term 12, and I’d be lying if I didn’t admit that a small part of me wasn’t slightly disappointed that he didn’t make an attempt to do so.

None of which means I still didn’t enjoy Just Mercy. Cretton presents a timely story that needs to be told and should be seen by as broad an audience as possible. Stevenson’s fight against judicial malfeasance and racial bias in the legal system shines a spotlight on ingrained societal ills that need to be erased. By challenging audiences to recognize and understand this fact, Cretton is adding his voice to the growing chorus attempting to see that this happens, and that in and of itself is reason enough to give the director’s latest a look.”

Just Mercy is very easy to watch, even the second time around. Jordan is solid, and Foxx just leaps off the screen. Destin Daniel Cretton does a nice job with this based-on-fact melodrama, and I’m sure people who take the time to watch it will be more than happy they took the time to do so.

Solid. That’s about the best I can say. “The Equal Justice Initiative” is the best of the featurettes. It’s the only one I feel is required viewing for fans of the film.

A Digital Copy of the film is included with this release.

Just Mercy is a good film. Destin Daniel Cretton does a fine job balancing the many dramatic dynamics of his film, rarely allowing the proceedings to dip too far into maudlin melodrama or schmaltzy cliché, while at the same time Jaimie Foxx delivers one of the best performances of his Oscar-winning career. Warner’s Blu-ray presentation is exceptional, and I imagine fans of the motion picture will be more than satisfied. 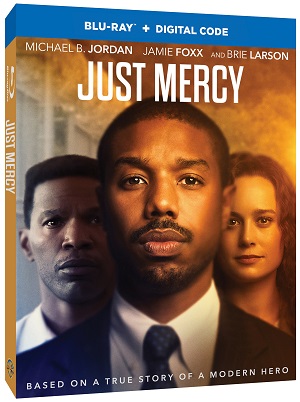