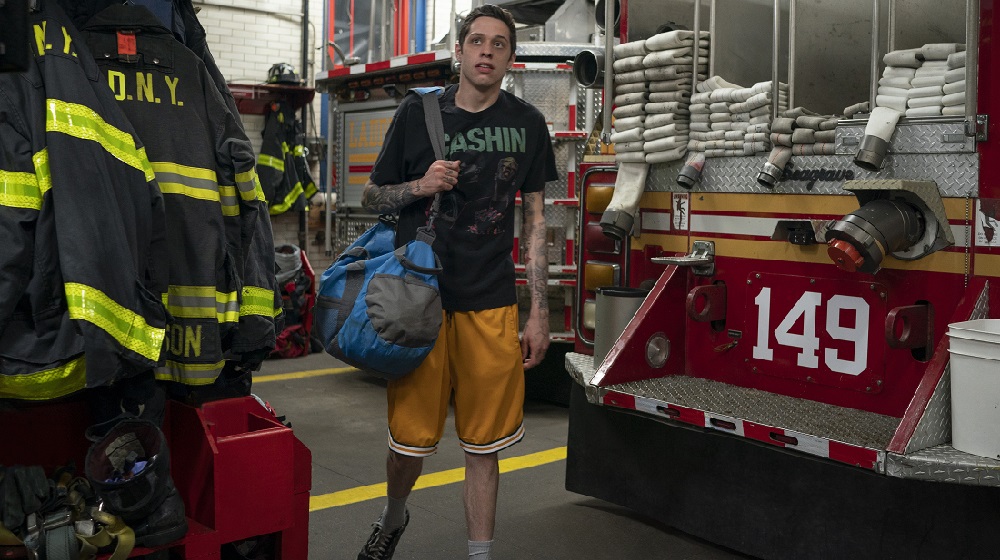 My reaction to Judd Apatow’s latest men-behaving-badly and in dire need of psychological help dramatic comedy hybrid The King of Staten Island can be summed up in three simple words: I didn’t care. Even with a breakout performance from star Pete Davidson, even with strong support from the always wonderful Marisa Tomei, even with an award-worthy turn from veteran standup comedian Bill Burr, even with a final 40 minutes overflowing in honest human insight and intimately affecting emotional nuance, I never cared about much of what was happening.

Apatow’s latest, even with some of the highest of highs that I’ve had the good fortune to see in 2020, still left me cold by the time it came to its suitably open-ended conclusion. Its issues and problems never sat well with me, while some of its more blatantly cartoonishly comedic subplots flat-out didn’t work. And while the two-plus hour length never bothered me, I equally can’t say the filmmaker was able to hold my rapt attention for every second of this 136-minute running time, its methodically-paced plotting only calling attention to the more distasteful aspects of the narrative that left a sour taste in my mouth.

Twenty-something underachiever Scott Carlin (Davidson) still lives at home with his ER nurse mother Margie (Tomei) and his high school graduating with honors little sister Claire (Maude Apatow). Even though he has aspirations of owning a tattoo parlor and becoming known as a famous artist, in all honest Scott would rather hang out with his fellow slacker friends (Ricky Velez, Moises Arias and Lou Wilson) and smoke weed while playing video games. He’s also secretly sleeping with Kelsey (Bel Powley) but he’d like to keep their relationship a secret, not wanting anyone to know the two of them are potentially starting to form a romantic entanglement.

After he attempts to give a child an impromptu tattoo, the kid’s (Luke David Blumm) understandably irate father, Ray (Burr), comes banging on Scott’s front door looking to pick a fight. But one thing leads to another, and events take an odd turn that catches everyone by surprise. Ray, father of two, recently divorced and a veteran New York firefighter, catches Margie’s eye, and before anyone knows what is going on the pair are dating, Scott not-so-secretly furious about what he sees as an utterly bizarre situation.

There’s a great deal more to unpack. The core element driving events forward is the death of Scott’s father, also a New York firefighter, in the line of duty when he was still a child and before his sister had formed any memories of the man. He has never been able to get over his anger and his grief from this traumatic experience. It has also led Margie to become far too overprotective of her son, prone to let him get away with almost everything with zero repercussions.

The insertion of Ray into the story is what forces everyone to reassess their lives, most notably Scott. My problem was, during the film’s first hour I just didn’t have any chips in the game. I found Scott to be a whiny nincompoop full of maudlin and insincere white male angsty rage that didn’t do a heck of a lot for me. His treatment of Kelsey turned my stomach and his refusal to take responsibility for his actions made me angry. Additionally, the trademark Apatow shifts in tone rarely worked, the jarring switch to juvenile slapstick comedy from hardcore drama not nearly as naturalistic or genuine as it was in some of the director’s past hits like did in The 40-Year-Old Virgin.

But the cast kept eyes glued to the screen. Everyone bringd their A-game, delivering superior performances even when the material lets them down. Powley steals every scene she’s in. Tomei reminds us all that her My Cousin Vinny Oscar (and additional nominations for In the Bedroom and The Wrestler) was hardly a fluke. While I can’t say I appreciated their story arc that still doesn’t mean Velez, Arias and especially Wilson aren’t a joy to watch every time they’re up on the screen, while a relatively brief, albeit critically important supporting turn from Steve Buscemi is nothing less than sublime. A for Burr, the man blew me away, and if he were to somehow manage to land a Supporting Actor Academy Award nomination for his performance I can’t say I’d be anything resembling surprised. He’s that terrific.

Davidson shocked me. I never knew he had something like this in him. He holds the screen with remarkable confidence, and the emotional transformation Scott goes through during the final act is nothing less than stunning. It’s all thanks the electrifying intensity of Davidson’s performance. He’s is marvelous, and there’s not much more that needs to be said on the matter.

For reasons that I will not disclose, there is a point where Scott ends up residing at Ray’s firehouse. It is during this section where the film comes alive as it never had before that moment. Apatow’s writing becomes far more dynamic, while his juggling of the various comedic and dramatic elements is up to the high standards I’ve come to expect from the director. There’s a level of budding introspective insight that I felt had been previously missing, all of which allows the motion picture to find its footing and climax on a memorable high that almost makes me willing to forgive all of the elements I didn’t particularly care for.

I’m having trouble doing it that, and as strong as the ending might be my dissatisfaction with the first hour isn’t vanishing. Thanks primarily to Davidson’s star-making turn I have a feeling most will be far more forgiving to Apatow’s latest than I will be. But for me, while an ambitious enterprise with royal aspirations to greatness, The King of Staten Island never earned its crown, and as such my fidelity to its ruling authority is practically nonexistent. 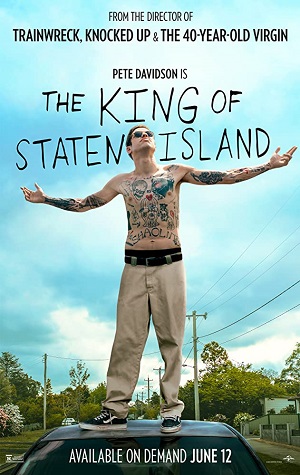