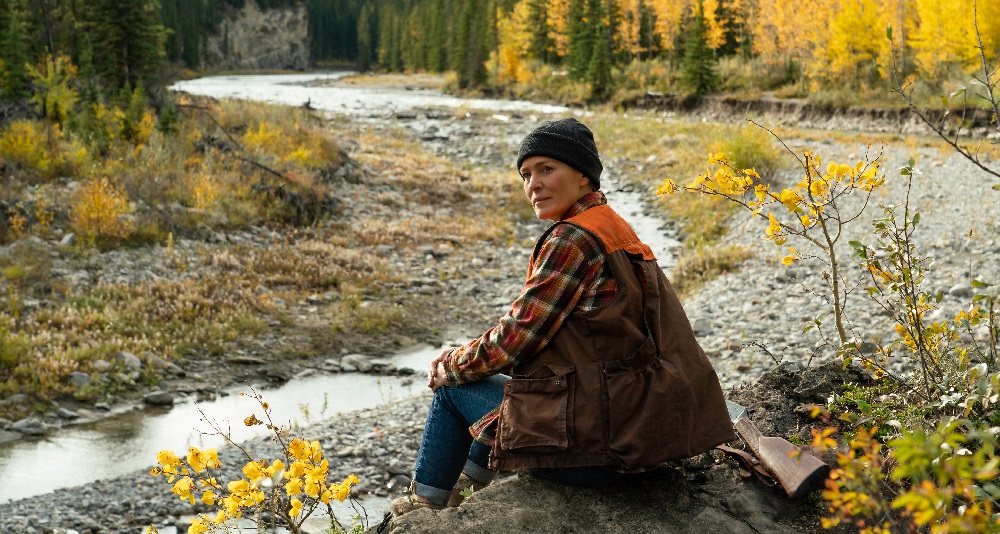 Land is a perfectly enjoyable survivalist adventure. It also didn’t leave much of an impression on me. As handsomely mounted as actress Robin Wright’s feature-length directorial debut is, the core basics of Jesse Chatham and Erin Dignam’s screenplay are painfully obvious. There isn’t a lot of emotional heft to anything that transpires during the film’s briskly paced 89 minutes, making the finished product frustratingly lightweight.

That does not mean Land is a waste of time. Wright’s performance as protagonist Edee Holzer is terrific, her hushed intensity as a grieving woman self-secluding in the wilds of Wyoming difficult to resist. There is also a sublime supporting turn from Demián Bichir that somewhat snuck up on me, his delicately stoic gravitas growing in magnitude as events progressed.

The early bits of Chatham and Dignam’s narrative are instantly captivating. The script thrusts the viewer right into the middle of Edee’s fractured psychological landscape with pugnacious ferocity. Wading through oceans of grief after the death of her husband and child, before we even have a sense of who this woman is and just how expansive her pain might be, she’s suddenly purchasing a cabin in the woods and trekking off to live there alone in isolation.

Impeccably shot by cinematographer Bobby Bukowski (Irresistible), Wright presents much of Edee’s early struggles to survive in absolute silence, only the sounds of nature at its most austere and mysterious to be heard. This woman’s refusal to deal with her grief is stifling her ability to do what she must to go on living. It becomes an open question as to whether her lost battles against the elements are more a series of self-inflicted wounds than they are inevitable due to her big-city ineptitude, and I did wonder if Edee’s desire to be alone in the wilderness was her clandestine way of slowly committing suicide.

Problem is, as fascinating as those questions are, it quickly becomes apparent Land isn’t interested in exploring themes and concepts anywhere near that hauntingly complex. Instead, this evolves into your basic story of a lost soul learning to reconnect with her humanity, Edee discovering that cutting oneself off from civilization is no way to deal with soul-crushing grief. The resolution is boringly perfunctory, and if not for Wright and Bichir it’s doubtful I’d have cared anything about this one at all.

But those performances are indeed lovely, Bichir’s delicate turn as a gruffly empathetic mountain man who helps nurse Edee back to health after she almost starves to death particularly wonderful. Wright is equally luminous, especially during that near-silent opening act. The actress throws herself into the physical and emotional miseries of Edee’s exertions, the backbreaking magnitude of what she is up against out in the pristine nowhere mesmerizingly colossal.

There is something to be said about the hopeful altitude to which this film attempts to ascend, battling an assortment of melodramatic platitudes and genre clichés as it does so. Does it conquer them all? No, not in my opinion, but that doesn’t make its more inspiring aspects any less enchanting. For many, this will be more than enough to make Land worthwhile. For me, I’ll just give it a polite pass and move on to my next cinematic adventure. 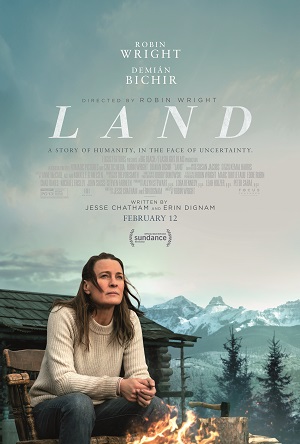