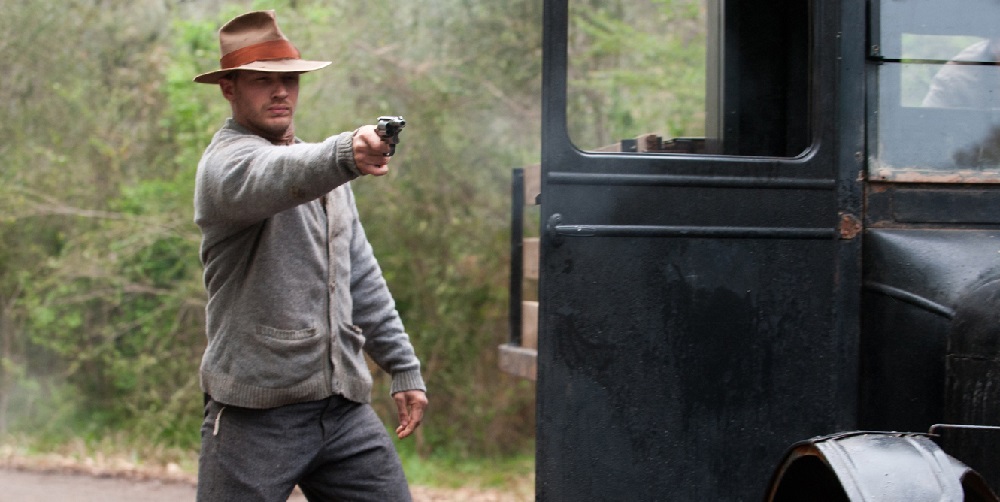 According to legend, Forrest Bondurant (Tom Hardy) cannot be killed, surviving the Spanish Flu as a child while everyone else who got it wasn’t so lucky. His older brother Howard (Jason Clarke) is apparently equally indestructible, making it through some of the most horrific battles of the Great War virtually unscathed. Only the youngest, Jack (Shia LaBeouf), doesn’t appear to be living up to family lore, his intelligence and quick wit doing little to mask his timidity as it relates to violence.

The Boundurants are the leading bootleggers in all of rural Virginia. They don’t expand and they don’t aim high. Instead, they just do things better than everyone else, knowing who to pay off, who to keep in line and who to avoid. But Jack wants more, and even with a new, and very corrupt, Special Deputy named Charlie Rakes (Guy Pearce) stalking the family’s every move, the young man sees an opportunity to expand the brothers’ business if Forrest is willing to give him the approval to try.

Lawless, based on the book The Wettest County in the World by Matt Bondurant, scripted by Nick Cave and directed by John Hillcoat, both of whom previously collaborated on the pitch-black Australian Western The Proposition, is a Prohibition gangster saga that doesn’t go anywhere new or do a single thing that’s unexpected. It’s also a damn fine motion picture, acted to perfection and made with consummate skill. It is remarkably entertaining start to finish, and even with a few minor bits that don’t work the whole of the film is so strikingly well I couldn’t help but walk out of the theatre hugely impressed.

The filmmakers and the author would love for audiences to believe that this is (mostly) a true story, that the meat and potatoes of the Bondurant saga truly happened in the picturesque backwoods of Virginia. The truth, however, is an entirely different matter. Liberties are taken all over the place, and as colorful as the real tale is it’s still nothing compared to the wildly over the top fictions that take place here.

No matter. This is old school American mythology, Hatfield and McCoy style, and for my money when it’s as beautifully told as this there isn’t a darn thing wrong with that. Cave’s writing is sharp, punchy and straight to the point. Hillcoat’s direction is equally ferocious, the director’s keen eye for detail allowing the scenario to play out without a filter, and whether floating between young love, wounded desire or bloody revenge every step of the journey is a perfectly orchestrated aria of suffering, pain and brotherly love that rarely hits a false note.

There are meaty supporting roles for Jessica Chastain as a former society dame fresh from Chicago looking to disappear in Forrest’s backwoods’ bar and for Gary Oldman as a notorious gangster whose skills with a Tommy Gun are only matched by his abilities to ascertain a person’s attributes to make him money, but they aren’t the focus. Hillcoat smartly keeps things centered on the Bondurants, specifically Forrest and Jack, allowing them to be the emotional catalyst that fuels everything that transpires.

Hardy dominates the picture with mesmerizing bravado. Forrest is a man of few words, his series of shrugs, grunts and raising of an eyebrow expressing volumes. For a vicious beast of a human animal, his character ultimately doesn’t raise that much hell. Just the potential for it to happen is more than enough to help build tension. But when Forrest does act? When he finally springs into action? Hold onto your seats, because it’s like Clint Eastwood, Robert Mitchum, Toshiro Mifune and The Hulk rolled into one freakish adult specimen, and there’s no telling what sort of carnage Hardy is going to unleash.

But the real surprise is that LaBeouf almost equals his costar, delivering the sort of multifaceted performance I’ve always known was a possibility but thanks to his series of big-budget Hollywood spectacles didn’t look like would ever come to pass. He shares scenes with a sublime Mia Wasikowska that are positively spellbinding, while uncomforting sequences with Dane DeHaan foreshadow devastating tragedy with a series of playful laughs and juvenile joviality that belie the horrors to come. The former Disney darling and Transformers series star is the heart of the picture, and if Hardy is the force of nature who pounds society into submission than LaBeouf is the determined everyman who gives his co-star’s destructive forcefulness its reason to exist.

Comparisons to the Coen brothers’ Miller’s Crossing are likely inevitable, but if that movie was high opera than Lawless is the ragtime band cover version that jitters around on the dance floor to its own idiosyncratic beat. This is a movie that hits its intended targets, delivering a series of pummeling knockouts with every pugnacious blow. 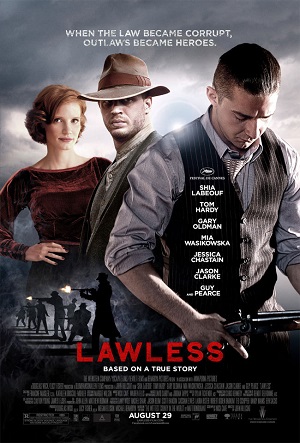