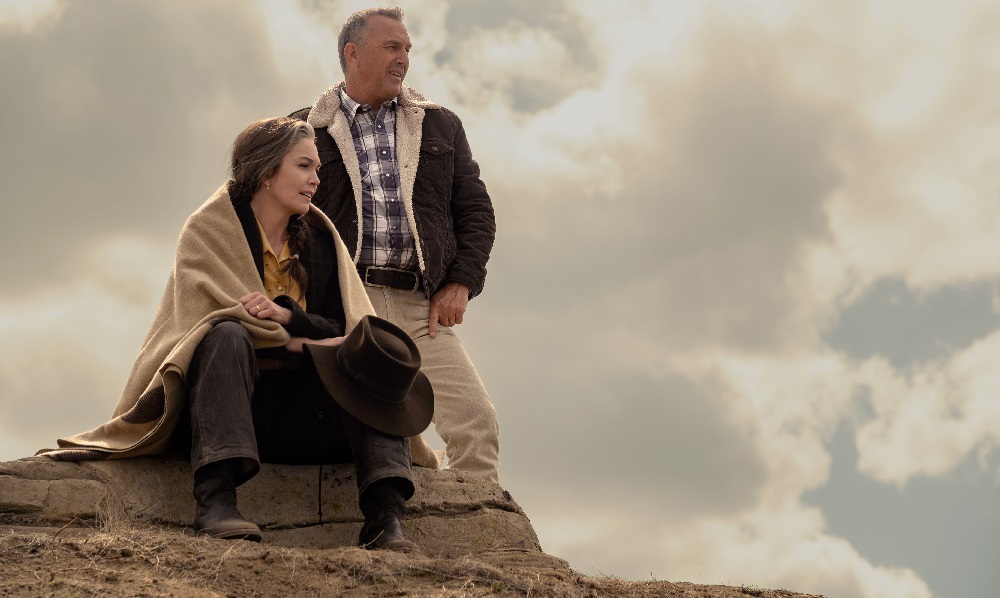 Familiar Let Him Go a Stellar Showcase for Lane, Costner and Manville

Three years after their beloved son dies in a tragic accident, retired sheriff George Blackledge (Kevin Costner) and his former horse trainer wife Margaret (Diane Lane) are happy when their widowed daughter-in-law Lorna (Kayli Carter) remarries the charming Bill Weboy (Jeffrey Donovan). They believe having a new father figure in his life will be good for their grandson Jimmy, and even though they don’t know a lot about this new man, if he makes Lorna happy then that’s all that matters.

Without notice Bill, Lorna and Jimmy disappear. They’ve left town to go be with his family, but as George and Margaret don’t know where that is or who they are (they weren’t invited to the wedding), they’re not entirely sure how they will find them. This is especially problematic as far as Margaret is concerned. She inadvertently spied Bill slapping Jimmy and beating up Lorna out on the street, and she’s worried their impromptu leaving town will only lead to more acts of violence in the future.

Based on the novel by Larry Watson, told at its own measured pace by writer/director Thomas Bezucha’s (The Big Eden, Monte Carlo) 1960s-set drama Let Him Go isn’t exactly groundbreaking as far as its storytelling is concerned. It’s no surprise that George’s law enforcement background will come in handy or that Bill’s family aren’t exactly the best sort of people in the world. It’s not shocking that they two worried grandparents are going to quickly realize their grandson is in immediate danger.

Yet, Bezucha’s sense of time and place, his ability to handle actors and his confidence staging scenes of tension and sudden violence, those go a long way towards overcoming the extreme overfamiliarity of the piece as a whole. Costner and Lane know these two characters like the back of their proverbial hands, slipping into these personas with hushed, unhurried ease. The film is also masterfully shot by director of photography Guy Godfree (Buffaloed) and magnificently scored by Oscar-winner Michael Giacchino (Up), all of which helps make the finished product far more worthwhile of my attention than by all accounts it otherwise would have been.

But the unforeseen ace hiding up Bezucha’s sleeve is Lesley Manville. She’s Blanche Weboy, the smooth-talking, iron-fisted matriarch of the Weboy clan. She’s the one who ordered Bill to return to the fold with his new wife and son to be with her and his two brothers. She’s the one who has no intention of letting the Blackledges be a part of Lorna and Jimmy’s lives. This woman is the powerful figure pulling all the strings, and it is instantly apparent to George their former daughter-in-law and their grandson need to leave her house sooner rather than later.

Manville is mesmerizing. The moment she shows up with her giant mane of platinum blonde hair smoking a cigarette with cunning relish without messing up her immaculate ruby red lipstick, I knew I’d never be able to take my eyes off of her whenever Blanche was around. If anything, the picture could actually use just a tiny bit more of her, maybe one additional scene making her seductively ominous villainy even more substantial. Still, Manville overpowers every one of her equally costars with superlative ease, and if Bezucha ever decided he wanted to craft a prequel chronicling this woman’s takeover of the Weboy clan I’d be first in line to see it.

I wish more of Let Him Go would have surprised me. Other than a moment in a small roadside motel room where George and Margaret find themselves in unforeseen peril, I can’t say much of what transpired over the almost two-hour running time ever caught me off guard. But Bezucha’s staging is impeccable, and the acting is universally terrific. This is a quiet meditation on grief, forgiveness, regret and family that managed to leave something of a noticeable impression, tragedy, joy, misery and sacrifice all melding into one, powerfully impactful emotional response richly deserving of a few empathetic tears. 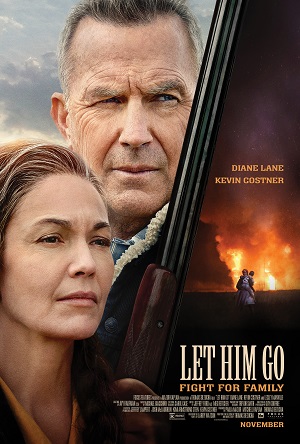