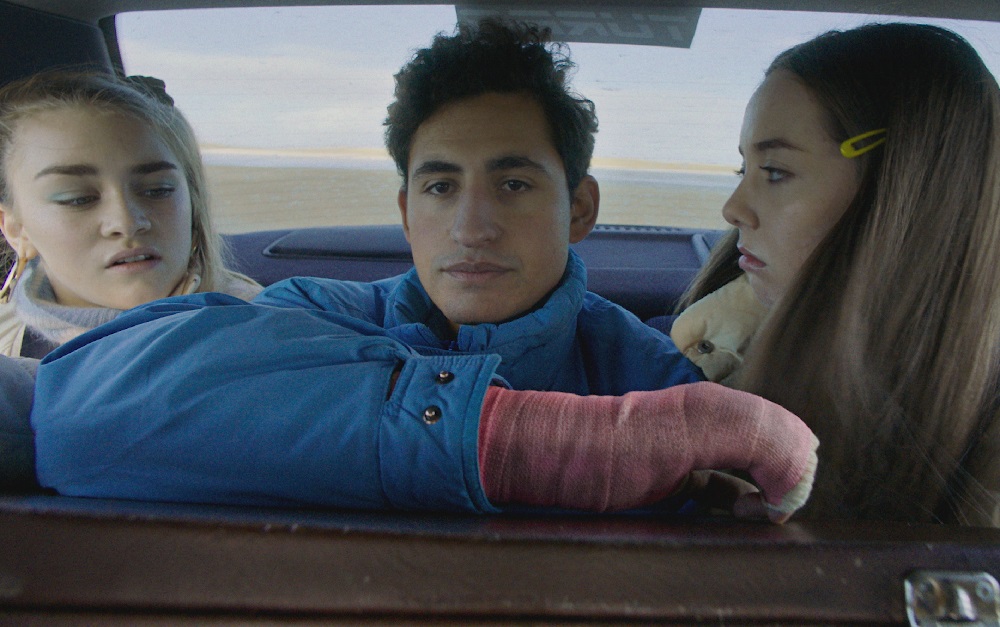 Limbo sticks with you long after the screen fades to black. For my part, I knew I enjoyed writer-director Ben Sharrock’s (Pikadero) sophomore feature-length outing; I just didn’t realize how much until a couple of days later. I couldn’t get facets of this drama out of my head, certain sequences so eloquently masterful it’s likely they’ll be burned into my brain forever.

Musician Omar (Amir El-Masry) is a Syrian refugee who has escaped to Britain and is now waiting to hear from the government if he will be granted asylum. He is stationed on a lonely, sparsely populated Scottish island. He is not allowed to work, and along with all of the other male migrants, Omar must attend daily classes on the best ways to assimilate and eventually become a productive member of British society.

It’s all reminiscent of the opening narration to Casablanca. These lonely men, all of whom who have escaped their homelands for a variety of personal, many of them tragic, reasons are trapped in a remote and desolate locale where they must wait – and wait…and wait…and wait – until they find out if they have received the proper papers to be released from their self-inflicted imprisonment.

What in lesser hands could have either become something unrelenting bleak or heavy-handedly didactic, Sharrock has instead fashioned the type of dryly funny, intimately personal character study that recalls the great works of filmmakers like Bill Forsyth (Local Hero, Housekeeping) or Hal Ashby (Being There, Harold and Maude). There is a lived-in allure to Omar’s travails that are fascinating, and as each layer of his metaphorical onion is peeled away new, cozily universal truths are fastidiously revealed with magnetic precision.

As funny as it all might be, rest assured this is not a comedy. The inherent dramatics surrounding Omar’s travails hit with a sudden, nakedly raw ferocity that’s frequently surprising. More, Sharrock does not skimp on the backstories for many of the other residents trying to make the best of their forced isolation. While this isn’t their story, each of the men still has a large part to play in the proceedings, how they affect Omar a key piece to the constantly evolving puzzle the director asks the audience to piece together.

Shot almost entirely on location, the Scottish locale quickly becomes another character fighting for the viewer’s attention. Omar goes from being a stranger in a strange land teased and made fun of by the locals to eventually becoming someone who knows each rocky outcropping and windswept hill like the back of his hand. He even assists when a sudden snowstorm devastates the island and puts local livestock in jeopardy, residents treating him like another trusted member of the community and not as an outsider intruding where he isn’t welcome.

El-Masry, a recognizable character actor who has popped up in key roles in everything from television series like “Jack Ryan” and “The Night Manager,” to feature films like Star Wars: The Rise of Skywalker, is given his best role to date. He makes the most of the opportunity and then some. Sporting a dingy pink-colored cast for the majority of the film, utilizing it like a metaphorical crutch to avoid difficult conversations, there is a haunting physicality to what El-Masry is doing I honestly did not expect.

There is so much more going on, all of it building to a conclusion that had me broadly grinning and giggling even as I reached for tissue after tissue to wipe away a tsunami of tears. A supporting performance from Vikash Bhai as a fellow refugee who forces his friendship upon Omar (whether he likes it or not) is delightful, while almost all of the classroom scenes have a dryly acidic sense of truthful humor that’s shockingly sublime.

But Sharrock’s film is worth discovering with as little foreknowledge as possible. Limbo resonates because, even though it ends up where I thought it would, the road taken to get there is so bewilderingly unique and imaginative having any facet of that spoiled would be an outright travesty. It tells a quiet tale of sacrifice, forgiveness and courage that’s divine, Omar’s search for truth and acceptance in an uncertain, ever-changing world as harrowing as it is lovely. 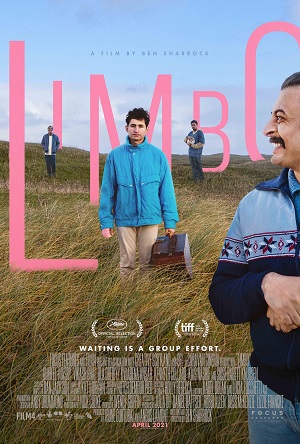