Compelling Lizzie an Axe-Wielding Drama of Romance and Regret

It is 1892. Lizzie Borden (Chloë Sevigny) lives with her sister Emma (Kim Dickens) and stepmother Abby (Fiona Shaw) in her wealthy Massachusetts father Andrew’s (Jamey Sheridan) pristine home. Outspoken and opinionated, she is a societal outcast with very few friends. Yet things brighten up a little with the arrival of the new maid, Bridget Sullivan (Kristen Stewart), the two of them developing a deep, almost primal connection that goes far beyond friendship. 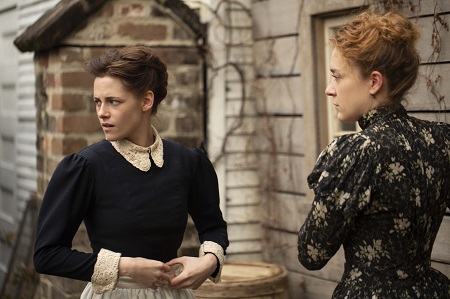 So begins Lizzie, director Craig William Macneill (Boy) and screenwriter Bryce Kass’ intriguing, thought-provoking historical drama that makes the attempt to get into the mindset of Lizzie Borden, the notorious young woman who was acquitted of murdering her father and stepmother with an axe. As one of the most famous, and undeniably grizzly, unsolved murders in U.S. history, the filmmakers attempt to get inside the dual mindsets of both Borden and Sullivan as best they can, crafting a human story of resilience, romance, heartbreak and dehumanization that just so happens to culminate with an act of violence so abhorrent it’s no wonder people continue to be fascinated with the crime over a century after the fact.

This isn’t a sensationalistic film. It doesn’t play up the lurid details of the murder or get all prepubescently infantile where it concerns Lizzie’s relationship with Bridget. Instead, Macneill and Kass focus on the family dynamics, especially those between the authoritative Andrew and is psychologically damaged youngest daughter. She is a woman of a new age, a new century, while he is a man who believes gender roles are inviolate and that men will always know what is best and women should be content with their lot in life and not allow themselves to want for more. This battle of wills is what slowly but surely tears Lizzie to pieces, and while she finds solace in Bridget’s loving arms, as their romance is a forbidden one even that will cause much in the way of heartache and consternation as things progress to their bloody denouement.

For Sevigny, who also has a producer credit, this is an obvious labor of love. She plays Lizzie with a crafty, unsettled determination that grows in frazzled intensity as the character’s battles with her father become increasingly cantankerous. Her scenes with Sheridan rankle with an unhinged magnetism that allows for almost any conceivable possibility whenever the two face one another down. This scenes are juxtaposed nicely with Lizzie’s growing infatuation with Bridget, Sevigny switching gears in such a manner that her emotional center is stripped naked right down to the marrow, the former Boys Don’t Cry Oscar-nominee crafting a performance of such exquisite psychological nuance it becomes a question what exactly is more horrifying; the butchering of Andrew and Abby? Or how their murder via fifty whacks of a freshly sharpened axe ends up devastating what up until that moment had been a selfless love free of imperfection and constant in its purity.

Stewart is equally up to the challenge. While noticeably playing second fiddle to her costar, the Twilight megastar dazzles as she continues to expand her horizons these past few years, her work here nearly as magnificent as it was in her films for Olivier Assayas (Personal Shopper, Clouds of Sils Maria), Kelly Reichardt (Certain Women) or Peter Sattler (Camp X-Ray). There is a purity to the actress’ work as Bridget, a quiet melancholic resolve that becomes more poignant and gut-wrenching as events spiral out of control. The last scene between the two main characters shattered me to pieces, Stewart saying more with a rumpled look of despairing paranoiac disbelief than most other actors could manage with two full pages of explanative dialogue.

There’s plenty more to get excited about, including a bravura supporting turn from veteran character actor Denis O’Hare that’s wickedly Machiavellian in its self-possessed enthusiasm. But what’s best about his performance is the way Macneill craftily spins things on their head as it pertains to his character, the reasons for his being a part of this story better left discovered by the viewer without any explanation from me. Safe to say O’Hare and Sevigny share a few scenes together, but it is two signature moments between the two that caused me to inch closer to the screen in captivated glee. These sequences are like little mini bookends that help put everything in a subtle, forcefully pointed perspective that allows the themes concerning the patriarchal oppression of women to shimmer with a pronounced aggressiveness that’s complicatedly disconcerting.

There is blood, the movie refusing to sugarcoat the gruesome violence that has made Lizzie Borden’s story stand the test of a century’s worth of time. Macneill’s staging of this moment isn’t for the faint of heart. At the same time, it’s also strangely aloof, and if not for Sevigny and Stewart’s dual refusals to play things safe I’m not sure the murder would have resonated with me in any noticeable way. But both actresses nakedly revel in the moment, each finding a unique way to show how their respective character is responding to what is happening that go against genre convention and instead reveal fresh facets of Lizzie and Bridget’s psyches that I found fascinating. While the line between fact and fiction remains hazy, Lizzie is a compelling drama of human desire, oppression, romance and regret I’ll not soon forget. 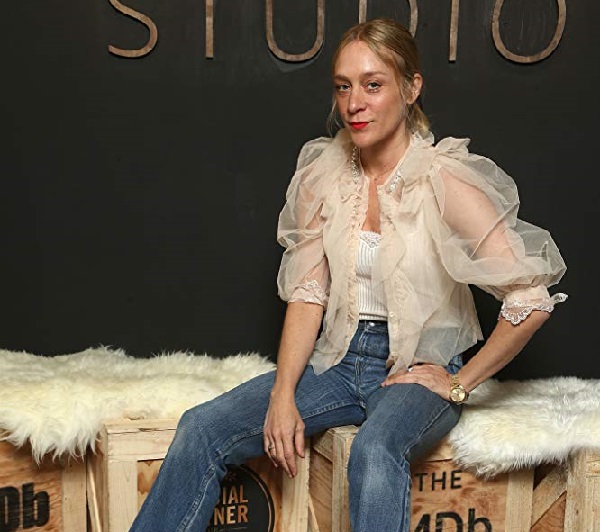 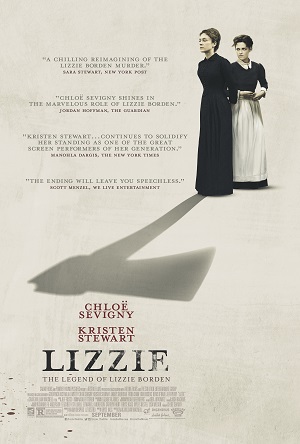