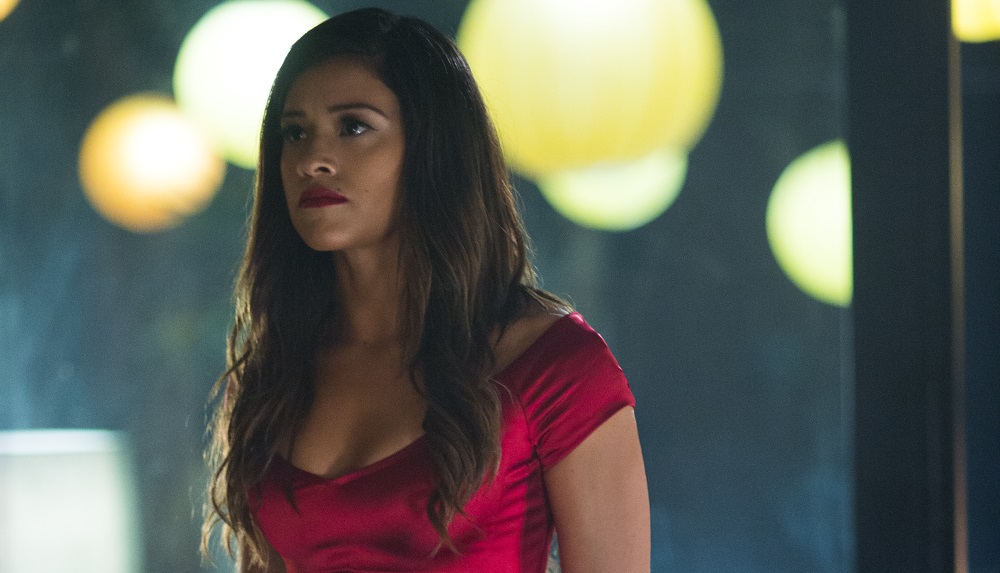 While visiting her best friend Suzu (Cristina Rodlo) in Tijuana to help her prepare for the upcoming Miss Baja California beauty pageant, Los Angeles makeup artist Gloria (Gina Rodriguez) ends up in a terrifying situation far beyond anything she can control. After a night out at a popular local nightclub turns deadly, the young American makes the unwanted acquaintance of notorious drug cartel head Lino Esparza (Ismael Cruz Córdova) while in the same moment Suzu goes mysteriously missing. After performing a simple task for her captor, and with the promise he’ll find her friend, things get even worse for Gloria after Lino releases her. DEA agent Brian Reich (Matt Lauria) takes her into custody and claims he’s going to brand her a terrorist and put her behind bars for decades, forcing the frightened woman to go back to Mexico and start working for Lino in whatever capacity he so desires. 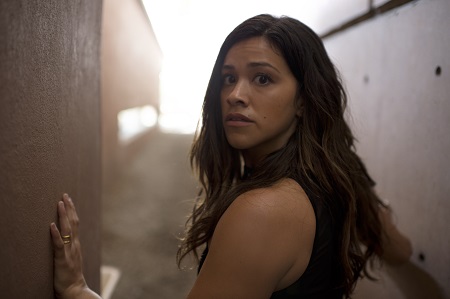 At first things go as planned. But after a deadly shootout between Lino’s men, the Mexican police and Reich’s agents goes spectacularly bad, Gloria learns that the only person she can trust to get both herself and the still vanished Suzu out of this mess alive is herself. Learning as much as she can, prepared to do whatever it takes, inching closer and closer to Lino while in the process of putting together a plan of action, this seemingly timid makeup artist turns out to be not as fragile as she appears. Gloria will survive this ordeal. She will find her friend. She will do this and more, discovering hidden talents as sharp as any knife and as lethal as any bullet as she does so.

A remake of writer/director Gerardo Naranjo’s 2011 Mexican hit, director Catherine Hardwicke’s and screenwriter Gareth Dunnet-Alcocer’s Miss Bala isn’t deep or profound. It isn’t nearly as intricate or as involved as the original film was, isn’t as interested in the minutia of the drug trade or in the incestuous nature of the rampant corruption that infects political and law enforcement apparatuses alike as if it were a virus. This is a streamlined and efficient reworking of the material, one that is more invested in delivering a series of tense, electrifying thrills than it is anything else. Hardwicke’s latest is undeniably generic yet just as equally not entirely unappealing, the film managing to hold my attention for most of its 104-minute running time even if what ended up happening wasn’t particularly memorable.

On a positive note, Rodriguez is terrific as Gloria, the “Jane the Virgin” star impressively dominating the film. Her fear is real, as is the growing sense of determination and resilience as her character comes to realize Reich could care less if she lives or dies and that Lino might not be the assertive antihero battling a dishonest system as he attempts to sell himself as. Rodriguez’s jittery physicality as she drives through the U.S. border with a massive shipment of cocaine hidden in her vehicle and thousands of dollars in cash taped to her waist is magnificent, and I loved the idiosyncratic authenticity of everything she does during this part of the story. In fact, my favorite scene might just be the organically jubilant squeal the actress unleashes as Gloria realizes she’s not going to be stopped for inspection by border control agents, the mixture of joy, sadness and terror that leaps off the screen in this one moment simply extraordinary. 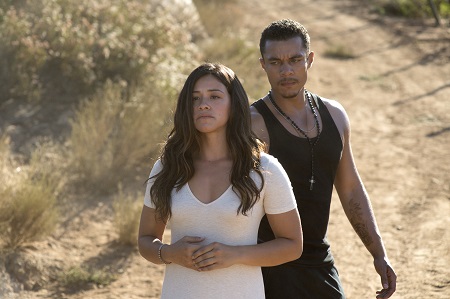 The rest of the movie is…fine. It’s fine. Just fine. Not bad. Not good. Just fine. Unlike her last major studio calamity 2011’s Red Riding Hood, the director is back to the somewhat relaxed, visually precise dynamic she’s utilized in the majority of her directorial efforts including her still stunning debut Thirteen as well as the underrated Lords of Dogtown, the emotionally astute Miss You Already and her massively successful (and still best of the bunch) initial installment in the highly profitable Twilight franchise. But while her film is majestically composed by cinematographer Patrick Murguia (The Frozen Ground) and tightly edited by Terilyn A. Shropshire (Beyond the Lights), it’s still fairly blasé and dramatically rudimentary as far as narrative specifics are concerned. While there’s plenty of energy there’s just as clearly not a ton in the way of urgency, the dividing line between the two rather distinctive in a fundamentally unavoidable way that’s benignly frustrating.

Look, I’m not going to hate on Miss Bala. Rodriguez is great and I can easily imagine myself being perfectly content to give this one a second look when it’s streaming on Amazon or Netflix, available as a free selection OnDemand or after it begins making the rounds on Cable television. But it just as equally isn’t a thriller I’m going to make any plans to view again for that second time anytime soon. Hardwicke’s latest is far from a disaster. It also isn’t a motion picture I or anyone else is likely going to be celebrating all that vociferously at any point in the foreseeable future. 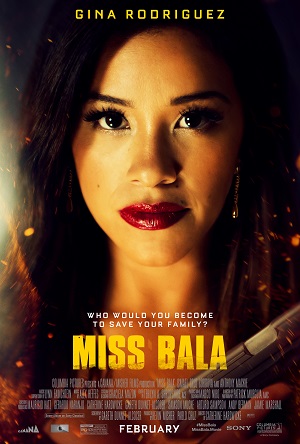