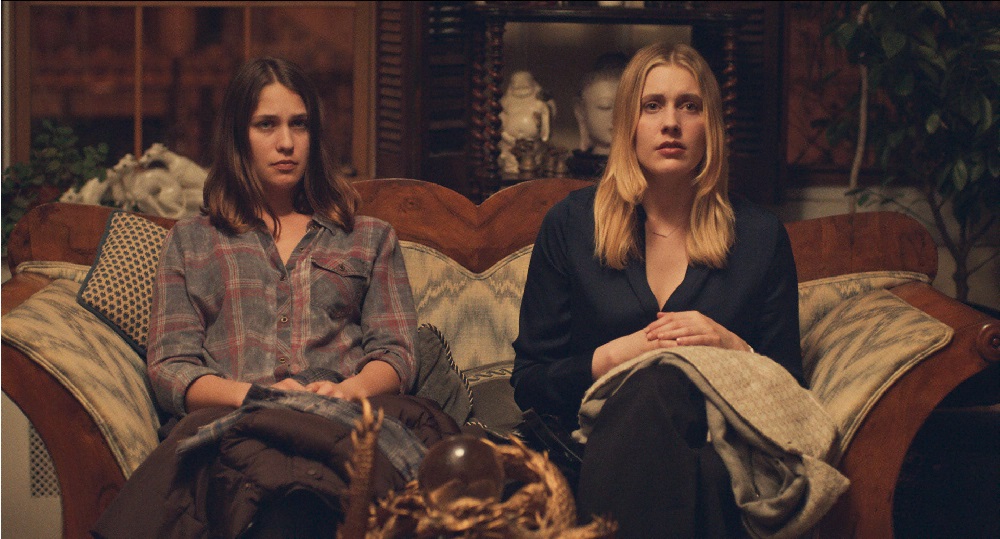 Tracy (Lola Kirke) is an introverted college freshman and erstwhile writer living in Manhattan. Urged on by her mother (Kathryn Erbe), she reaches out to her future sister-in-law Brooke (Greta Gerwig) to see how the pair of them get along. Soon they’re spending every free moment together, traipsing through Times Square on a variety of wild adventures that only get more extreme and unbelievable with each passing day. Documenting all that transpires, Tracy begins to realize Brooke’s escapades are going to make a fantastic story, and whether her new friend approves or not she’s set on being the one who is going to someday tell it. 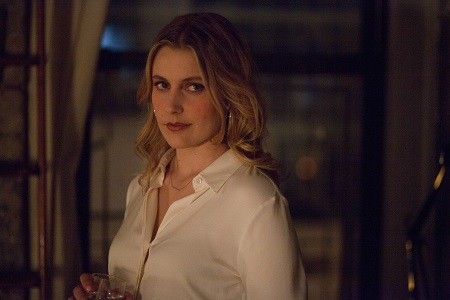 Mistress America is a modern day screwball comedy much in the same vein as Jonathan Demme’s Something Wild or Susan Seidelman’s Desperately Seeking Susan flavored with a bit of Whit Stillman’s Damsels in Distress for good measure. Reuniting writer/director Noah Baumbach with his Frances Ha collaborator Gerwig, the film is an energetic, free-spirited adventure that takes pleasure in going in as many different directions as it can seemingly all at the same time. If not rising to the same stratospheric heights as the pair’s last endeavor, this is still a wonderfully entertaining jaunt, the film a smartly constructed character study that’s far more insightful and emotionally affecting than it initially appears.

The problem, and in all fairness it’s a pretty minor one, is that as introspective and perceptive as this might be, the dialogue is so arch, so affected, so of a certain type and pattern (thus the Whit Stillman comparisons) that it’s oddly hard to take things seriously no matter how authentic what’s being said might in fact be. There was never a moment where I didn’t forget I was watching a movie, that these were characters in a play going through their idiosyncratic motions strictly for their own amusement, and as such things never hit home in the way I hoped they would.

With that in mind, and even though I think this is a better, more intimately genuine motion picture than Baumbach’s last 2015 venture While We’re Young, I admit to enjoying that Ben Stiller/Naomi Watts starring effort a tiny bit more than this. Even if the last act felt a little false, more melodramatic and artificial than everything else that preceded it, the dialogue and the performance crackled with an honest electricity this one doesn’t quite measure up to, and as such I had a lot more fun with that film even though the revelations of the final act were hardly extraordinary.

Not that I’m dismissing Mistress America. As much as the stagy pitter-patter of the dialogue didn’t sit as well with me as I’d have liked, that doesn’t make the structural, character-driven cohesion of the plot Baumbach and Gerwig have constructed any less attention grabbing. Brooke could trade places with Susan from the 1938 Cary Grant/Katherine Hepburn classic Bringing Up Baby and I’d barely bat an eyelash. She’s a whip-smart, intelligently fun-loving burst of energy and emotion blowing in and out of the lives of her friends like a rambunctiously free-spirited hurricane, the chaos she brings with her laced with equal parts kindness and love.

On top of that, there is a wholesomeness to both Brooke and Tracy that’s wondrous. The former is finally coming to grips with her life, suddenly afraid that as she’s about to turn 30 that she’s failed to put down roots that could allow for her wild ambitions to blossom as she’d always fantasized they would. As for the latter, what she learns about her responsibilities as both a writer and as a friend are decidedly personal, the level of introspection required for her to take these lessons to heart breathlessly startling. 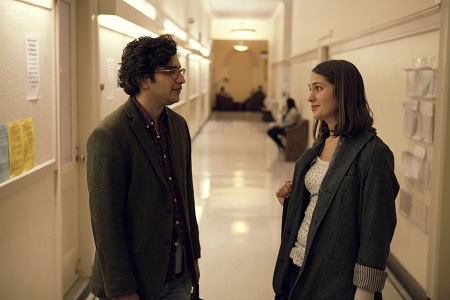 Even at a brisk 84 minutes, the places Baumbach allows this story to travel are far more expansive than I’d ever have expected before the movie began. There’s a lot I’m not talking about, side characters and subplots that help build Brooke and Tracy into the women they ultimately emerge as when the picture comes to its end. The way both navigate through this maze is the jubilant surprise the filmmaker goes to great lengths to conceal for as long as he can, the way the pair’s relationship culminates a poignant joy in large parts thanks to its undeniable purity.

Gerwig is as wonderful as ever (even if she could probably play a character like Brooke in her sleep at this point), while Kirke is a divine spark of solipsistic ingenuity whose performance grew on me more and more as things progressed. Baumbach is in as solid and as confident a control as he’s ever been, allowing events to progress with a naturalistic clarity that’s invigorating. If only the dialogue had sat a little better with me, if the whole thing didn’t sound so patently theatrical, it’s possible we’d be talking about one of 2015’s best. As it is, Mistress America is still memorably worthwhile, and even with this handful of caveats I still hope interested parties put forth the effort to give it a look. 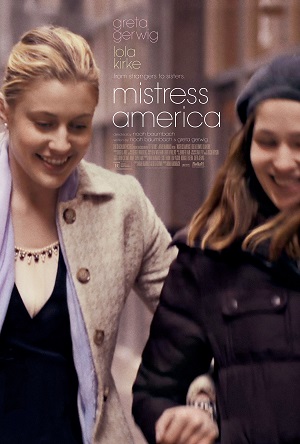