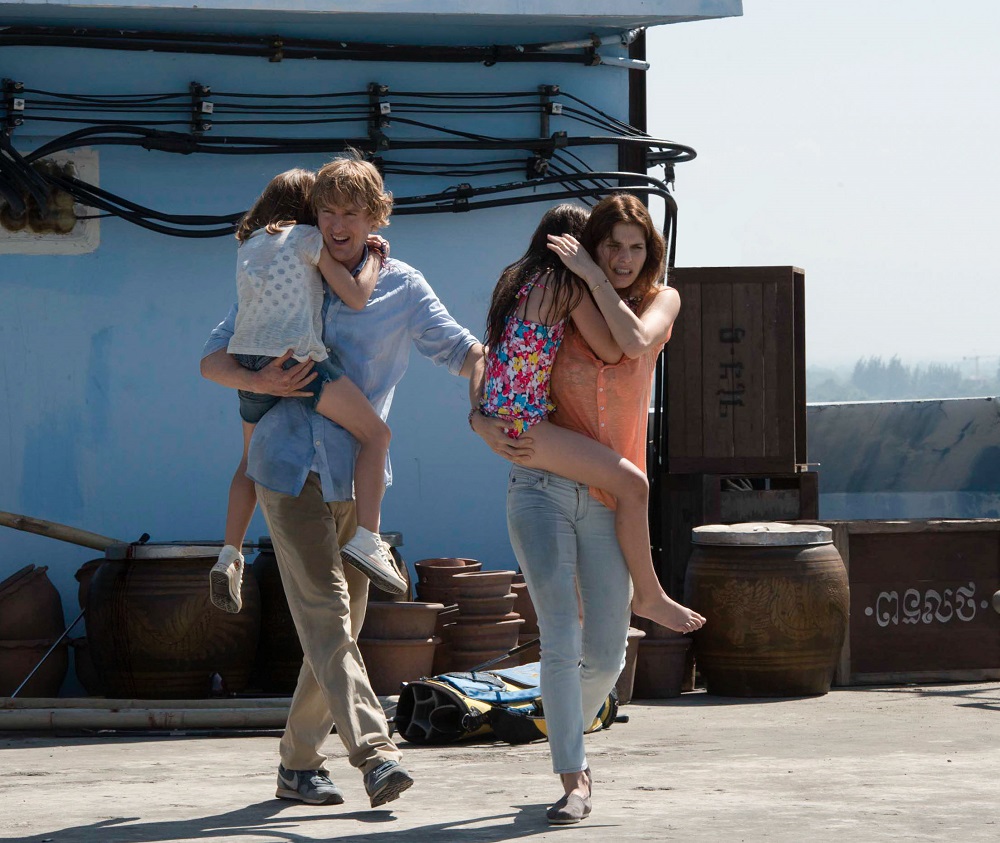 There’s a lot one can say about director John Erick Dowdle. That he’s a subtle filmmaker isn’t one of them. For better and for worse, he and his co-screenwriter brother Drew Dowdle have shown a splendid job of being able to play upon an audience’s most primal fears in low budget horror opuses like Quarantine (the pair’s smashing remake of Spanish sensation [REC]) and As Above So Below. Now they up the ante with the somewhere-in-Southeast-Asia-set thriller No Escape, dropping stars Owen Wilson and Lake Bell into an unfathomable maelstrom of trauma and terror leaving no stone unturned as they ratchet up tension and force the heart to uncomfortably palpitate. 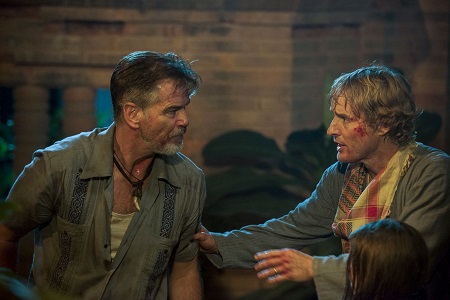 They do this with malevolent, borderline xenophobic glee, showcasing their Asian prowlers as bloodthirsty, cravenly sadistic heathens who aren’t above raping women, dismembering children and forcing fathers to watch as all they love is ripped to shreds. Director Dowdle uses every trick in the book including slow motion shots of a mother reaching to the heavens to catch a falling child and overlapping quickly cut montages of murderous mobs callously hacking and slashing their way through defenseless foreigners. He slathers Marco Beltrami (The Hurt Locker) and Buck Sanders’ (Warm Bodies) dynamic, rhythmically propulsive score over the action as if it were peanut butter looking to mate with gallons of raspberry jelly, manipulating the viewer’s emotions with a confidence bordering on demonic.

And it works. Knowing the best thing to do is to hit the ground running, leave exposition to a minimum and keep the focus on the central players and upon them alone, the filmmaker can’t help but manufacture tension so palpable my blood ran cold during the first 15 minutes and proceeded to freeze right over during the subsequent hour. There are few explanations as to what is going on and why, quick monologues by supporting players the only insight we have as to why this country is falling to pieces. This is a ticking clock race to remain alive, nothing more, and certainly nothing less, the only question being just how far the protagonists are going to be willing to go to ensure they and their two children make it across the border to safety.

The plot is simple. Engineer Jack Dwyer (Wilson) has come to this unnamed country to build a water processing plant for a large American corporation. He has brought along his wife Annie (Bell) and their two children Lucy (Sterling Jerins) and Beeze (Claire Geare), each curious to see what this foreign adventure has in store for them. But hours after landing chaos erupts with volcanic fury, homicidal mobs taking control of the military, rampaging through the streets obliterating all who they come into contact with. With survival the only option, Jack and Annie use any and all means at their disposal to get themselves and their children out of the country, the family aided by a secretive British traveler (Pierce Brosnan) who knows more about what’s happening than he is willing to say.

What follows is ferociously visceral, and not for a single second do either Dowdle coddle the audience into believing anything warm or fuzzy is going to take place. This is a meat grinder movie, a motion picture that wraps itself inside the blood and viscera of its central characters asking the audience to sweat, cry and bleed right alongside of them. There are no greater points being made, no insights into the global questions involving corporations, poverty or religion. This is a saga of parents fighting for the lives of their children, that’s it, and as such it can’t help but connect on an innately personal level hard to not be affected by. 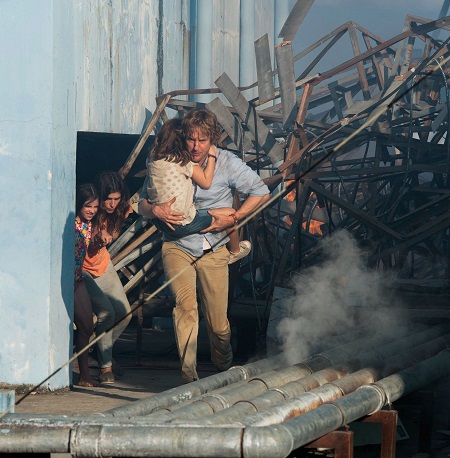 Wilson, delivering his first purely dramatic performance since Marely & Me, does a great job of folding into the skin of a dumbstruck father trying to grasp the full extent of the peril he’s inadvertently put his family in. But as good as he is, and he’s excellent, it is Bell who steals every scene she’s a part of. The actress is sensational, doing more with less and exuding a mixture of emotions throughout. There’s a terrific scene where she battles her own fears of certain doom realizing she must put all of that aside in order to do what she must to give her children a shot at living, literally leaping across into the unknown in hopes doing so will lead to some modicum of safety.

There are points where I couldn’t help but wonder if I should be offended by all of this. The Dowdles play things almost as if they were constructing a ’70s-style exploitation film, channeling Wes Craven’s Last House on the Left and Meir Zarchi’s infamous I Spit on Your Grave at the most uncomforting of moments, intentionally or unintentionally I do not know. By and large the Southeast Asian mobs are depicted as cutthroats and marauders, the only thing missing being blood dripping from their fangs and long Fu Manchu mustaches for them to twirl as they pursue the Dwyer family to the Vietnamese border.

Even so, John Erick Dowdle is just too talented and the film just too well made for me to feel like those sentiments are enough to derail the motion picture as a whole. No Escape got under my skin, forced me to sit up straight as I squirmed in my seat wondering what was going to happen to Jack, Annie and their two small children next. Not for the faint of heart, and certainly not for the easily offended, this riotous thriller knows what it’s doing, maneuvering me into an emotional whirlwind of suspense and heartache I couldn’t have set aside even if I’d have wanted to try. 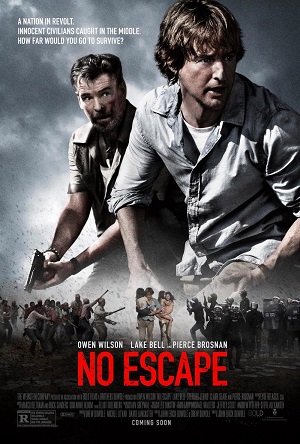