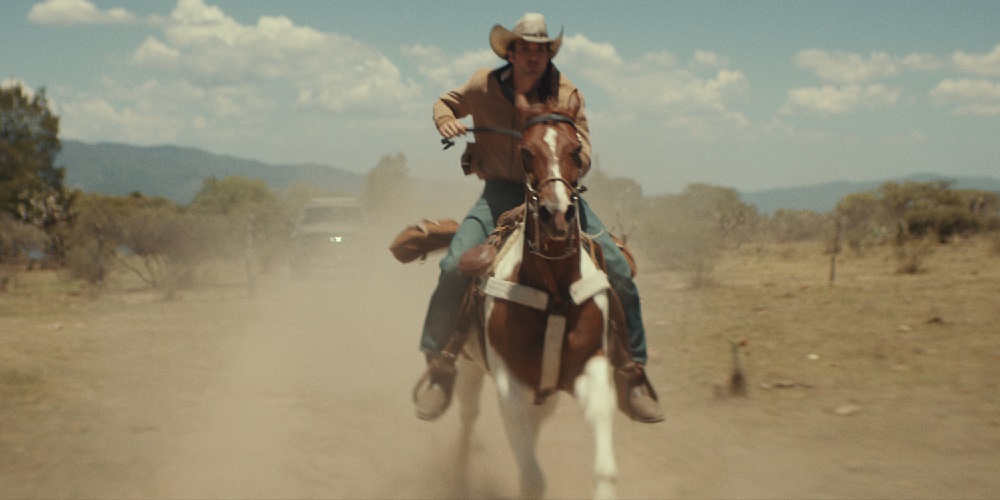 An obvious labor of love, modern-day Western No Man’s Land attempts to subvert and invert several genre stereotypes to take a fresh look at a variety of hot-button issues involving the Texas-Mexico border. Directed by Conor Allyn and written by his brother Jake Allyn (who also stars as main character Jackson Greer), this is a straightforward tale of tragedy, lies, redemption and revenge that follows a relatively familiar path.

The difference? The film attempts to avoid as many “white savior” cliches as it can, and while it can’t sidestep all of them, the Allyns still succeeds in their endeavor. Even though we see the story almost entirely through Jackson’s eyes, there is a refreshing honesty to this exploration of bigotry, privilege and race that’s at least partially surprising.

Days away from a pitching tryout for the New York Yankees, Jackson Greer is a young man who feels most comfortable quietly riding the range in the vast nowhere of his family farm. But dad Bill (Frank Grillo) and mom Monica (Andie MacDowell) are adamant their youngest’s son puts his best foot forward. They want him to have options in his life, and they view a Major League Baseball career, no matter how long or short it may be, as an obvious opportunity to give him just that.

Their farm is located right in the middle of a region of Texas known as “No Man’s Land.” It is south of the US border wall and north of the Rio Grande, and other than the occasional patrol from a Texas Ranger or communication with a random Border Patrol agent, by and large residents are forced to fend for themselves. Late one evening while Bill and his eldest son Lucas (Alex MacNicoll) are rounding up some stray cattle, Jackson hears the crackle of gunfire. Saddling up his horse, he rides out to see what is going on. He shouldn’t have.

It is this event that is the catalyst for all of the primary drama No Man’s Land will explore. Bill and Lucas encounter a small band of Mexican immigrants trying to secretly cross the border. When Jackson arrives, he inadvertently makes the situation worse, and an accidental rifle discharge leaves his older brother critically wounded and subsequently leads to a young Mexican boy being shot in the back.

Comedian George Lopez portrays a Texas Ranger who puts the pieces of this tragic puzzle together rather quickly, his sly, confidently self-assured performance outstanding. As for Jake Allyn, his work as Jackson is a bit more uneven. Thankfully, his performance seems to get better and become more emotionally engaging as events progress. The actor grows into his stranger-in-a-strange-land persona nicely, and by the time he comes face-to-face with the man he has horrifically wronged yet longs to get forgiveness from, I felt like Allyn had done enough with the character to be deserving of this gift.

There is a brief subplot where, after Jackson has escaped across the Rio Grande and now finds himself wandering blindly in the middle of dusty Mexican plains, he ends up at a small ranch as is quickly put to work. He doesn’t speak Spanish. He has trouble holding his contempt for certain actions taken by many of the ranch hands. He believes his way of doing things is superior.

What could have easily become a white-guy-knows-best moment instead becomes something far more nuanced and complicated. Is Jackson a bit better at breaking in a wild bronco than his new coworkers? Yes. But he’s also clueless and unknowingly bigoted just about everywhere else. There’s a gently authentic give and take that happens during the entirety of this sequence that’s sublime, and what could have been a boringly offensive showcase of white cowboy superiority becomes something far more refreshing.

This isn’t always the case. The Allyn brothers (along with co-writer David Barraza) attempt to walk a rather fine line, and there are certainly moments where they can’t keep their balance. They give the father of the dead boy (beautifully underplayed by Jorge A. Jimenez) frustratingly little to do once Jackson crosses into Mexico, somewhat undercutting the power of their tensely uncertain reunion during the climax a fair amount. There’s also a bunch of stuff concerning a coyote/thug who also wants a pound of the fleeing Texan’s flesh, and the less said about this character’s odiously stereotypical construction the better.

But overall I feel like No Man’s Land gets far more right than it does wrong. Conor Allyn directs with a steady hand, allowing events to progress with a level of authoritative naturalism that’s subtly hypnotic. While the film’s finale is hardly original or unexpected, it still carries a fair amount of emotional weight that stopped my heart cold right at the very moment it was supposed to. That’s enough for me, and I hope curious viewers take the time to give this Western a look. 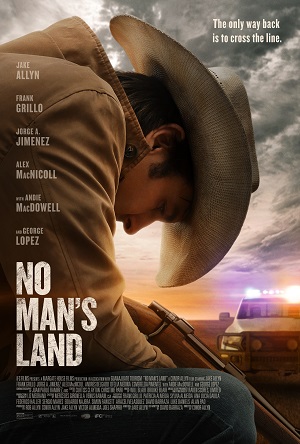