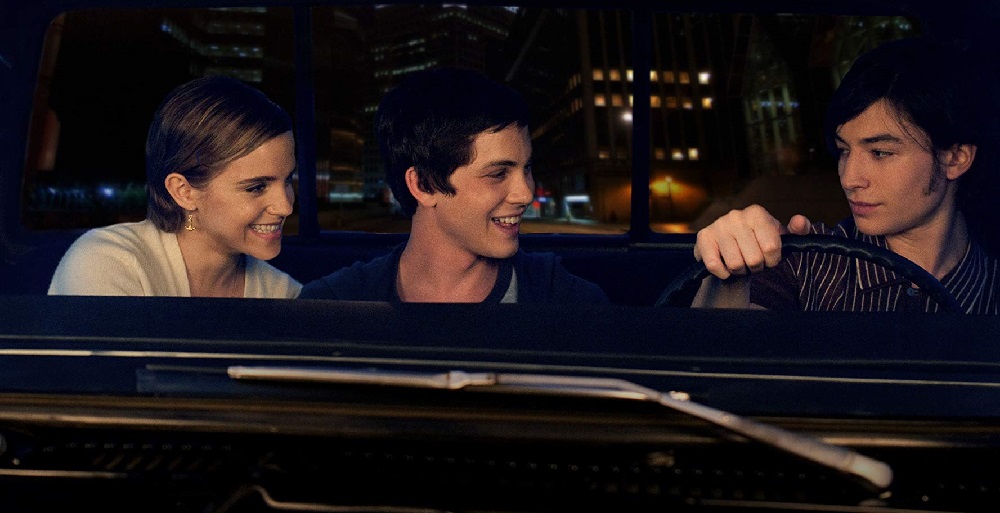 Many Perks to Watching this Near-Perfect Wallflower

It’s been longer than I care to admit, but I still can remember my high school years like they were yesterday. I remember wandering the halls without a pass, heading out on the practice field after stretching in the gym, engaging in heated debates about what story to put on the front page of the newspaper after hours in the journalism room and standing in the corner during the Homecoming Dance chatting with my friends. I can recall more of my four years as a John R. Rogers Pirate than I should probably admit, the highs, lows and in-betweens sometimes feeling as if they happened yesterday.

I’m not entirely sure I’ve felt more kinship with a motion picture in recent memory than I have with screenwriter and director Stephen Chbosky’s stunning adaption of his own 1999 novel The Perks of Being a Wallflower. At worst, I haven’t seen a movie in 2012 that’s affected me quite so intimately, one that has moved me in ways difficult to describe and maybe even harder to comprehend. The characters that make up its story, the travails all of them go through, Freshman and Senior alike, were all ones I felt a kinship with, allowing this funny, heartfelt and deeply moving drama to become an instant favorite I’m positive I’ll return to again and again in the foreseeable future.

Do not misunderstand. Times change quickly, especially when you’re dealing with teenagers and their world. Certain aspects of this scenario (facets I don’t intend on ruining here, so don’t expect me to elaborate) were not even close to anything I experienced myself during my own high school journey. But the mood of the piece, the way the characters related to one another, the way the haves and the have-nots mingled, became friends, became enemies, discovered the commonalities that united them, all of this felt natural, honest and true. The mistakes we make in our youth are often the ones we tend to hold onto the longest, our most magnificent triumphs more often than not paling when compared to even our most insignificant of self-perceived failures.

But that first kiss, that first caress, the first time we held someone else’s and realized there was a connection that went beyond the physical, all of that and more exists in Chbosky’s miraculous narrative. These are kids who are definitely of there here and now. But they also are undeniably creatures of the 1991 the film is set in. The angst they feel, the apprehensions and the fears they share, the community they create and the bonds they celebrate are universal, speaking to the kid in all of us no matter what our age or which generation we call ourselves a part of.

I admit to being apprehensive about the film before entering the theatre. Part of me felt that I needed to see another teenage coming of age story like I needed someone to slap me across the face with a two-by-four. What was new to say? What roads not already traveled could this group of characters hope to drive upon? It just sounded like nothing more than a two-hour festival of melodramatic clichés, and even though I knew the acclaim Chbosky’s novel had achieved that didn’t mean I wasn’t still nervous this adaptation would be anything more than ordinary.

I was wrong. This movie may journey into familiar territory, may not always be able to avoid convention entirely, but that doesn’t mean it is anything other than superb. Every time I thought Chbosky was going to take a wrong turn, every time I feared he’d let the proceedings drown in rote cliché, somehow, someway, he surprised me, showing a form of hypnotic restraint that held me spellbound for each beat of the tale.

And what is that story? My summarizing of it isn’t particularly important. Just know that what transpires is seen through the eyes of Pittsburgh freshman Charlie (Logan Lerman), a teenage loner still reeling from the dual losses of his best friend from middle school via suicide and his beloved Aunt Helen (Melanie Lynskey) thanks to an auto accident. He makes the acquaintance of seniors Patrick (Ezra Miller) and Sam (Emma Watson), the brother-sister combo (by marriage, not by blood) taking him under their collective wing, introducing the new kid into their tightknit circle of friends in the process.

What happens from there? I’m not going to tell you, but by and large it’s not too difficult to figure out what is going to transpire before it happens. Save for a couple of third act revelations, where the movie is headed is never in doubt, Charlie’s voyage of self-discovery as tried and true as any I’ve ever seen. It’s in the getting there that makes this film so special, the way that Chbosky understands his characters and how he assembles their world, all which allows events to resonate on a mystifyingly innermost level that left me breathless.

The cast is uniformly excellent. Lerman, a bit out of his element in both the recent The Three Musketeers remake as well as in Percy Jackson & the Olympians: The Lightning Thief, is just plain lovely as Charlie, his performance building with a subtle eloquence that I hadn’t anticipated. Harry Potter favorite Watson also proves that she’s got more in her than recycling Hermione, a pair of scenes with Lerman, both inside Sam’s bedroom, so outstanding they might just be the best two individual moments from any actor I’ve seen all year.

Yet it is Miller, so good in both We Need to Talk About Kevin and City Island, who blew me away. His performance as Patrick is one of the finest of 2012, deserving of as many accolades, kudos and awards that could theoretically be tossed his way. The places he goes, the emotions he mines, all of it come together spectacularly. As great as everyone else is, and they are outstanding, his is the performance I’ll cherish the longest, make no mistake.

Chbosky’s movie is a revelation, a marvel of dramatic simplicity and model of narrative integrity that’s simply out of this world. He proves that you can take familiar material and make it special, that you can find a way to transcend inherent melodramatic clichés in order to take things to a lofty plateau that’s as profound as it is true-to-life. The Perks of Being a Wallflower took me back to my own high school years and allowed me to revisit them in ways I haven’t in eons, the experience of watching this motion picture a cathartic free-for-all I can’t wait to revel in again. 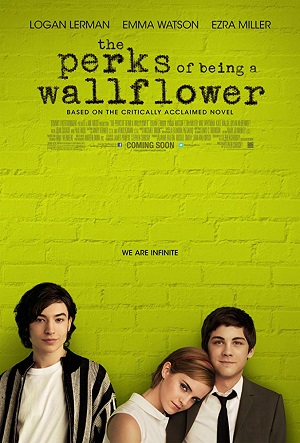