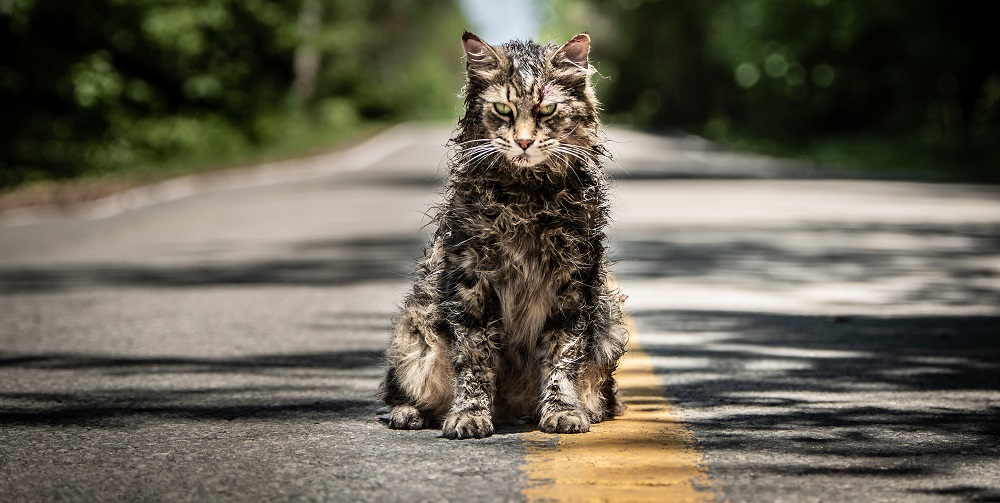 Dr. Louis Creed (Jason Clarke) and his wife Rachel (Amy Seimetz) have retreated from the hustle and bustle of life in Boston for a seemingly idyllic one in a small college town in upstate Maine. They have moved into a spacious house nestled into a corner of a dense forest along with their children, 8-year-old daughter Ellie (Jeté Laurence) and toddler son Gage (Hugo Lavoie, Lucas Lavoie). Their new next-door neighbor Jud (John Lithgow) is a kindly soul filled with stories about local traditions and folklore who instantly makes friends with the family’s sociable cat Church during dinner. 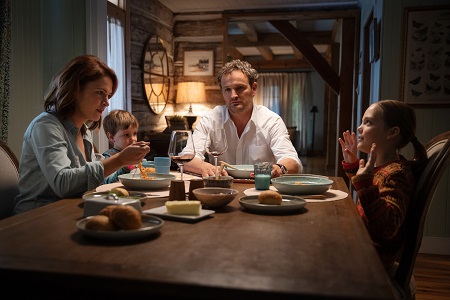 When purchasing the property it appears Louis never noticed that a series of speeding tanker trucks regularly ran up and down the roadway in front of his new house. One evening before heading to a Halloween party Jud finds Church dead on the side of the road, and knowing how much the animal means to Ellie he volunteers to keep the death secret until the Creeds figure out how they want to broach the subject with their daughter. Later that evening, the old man helps Louis bury the cat, but not in the local pet cemetery at the edge of the doctor’s property. Instead, Jud takes him deep into the woods, past a massive barricade, forcing him to plant the dead creature under a desolate piece of ground shrouded in fog and devoid of vegetation. The next morning Church returns as if by magic, and while Ellie is initially elated to see her pet home that happiness quickly turns to fear when she begins to suspect something bordering on evil might be wrong with her pet.

As the famous line from author Stephen King’s best-selling 1983 novel Pet Sematary goes, sometimes dead is better, and that’s exactly what all of the Creeds are going to find out thanks to Louis and Jud’s foolishness. As fans of both the novel as well as director Mary Lambert’s fondly remembered 1989 adaptation already know, Church’s resurrection is just the tip of the iceberg for this close-knit family. Tragedy will strike and even worse decisions on the parts of those who should know better will be made, all of which will lead to an avalanche of bloodshed and carnage that if discovered would rock this tiny Maine community right down to its core.

Thankfully, as familiar as the nuts and bolts of King’s story might be, screenwriter Jeff Buhler (The Prodigy) and directors Kevin Kölsch and Dennis Widmyer, the duo behind 2014’s magnificent Starry Eyes, shake things up just enough it’s likely audiences are going to be kept on their collective toes as far as this latest adaptation is concerned. They’ve all shaken things up just enough to keep things interesting, and while their changes are hardly massive (and while they just as clearly have been slightly diminished by the film’s trailers), they do give things a moderately intriguing fresh coat of genre paint that’s at least somewhat refreshing.

Not that this was enough as far as I was concerned. I’ve read King’s book twice. I’ve seen Lambert’s version three times. I adore Starry Eyes and was genuinely excited to see what filmmakers as creatively inspired as Kölsch and Widmyer were going to be able to do with the material. But there’s just something about this story that keeps me from being able to embrace it with anything approaching genuine enthusiasm. While King has never been the kindest of storytellers, I rarely think any of his books are pointlessly cruel. Yet that’s how I feel about this one. I find it to be cruel for the sake of being cruel, unrelentingly bleak just for the sake of being bleak. The core narrative upsets me because I find it to be pointless in its depressive reveling in all of the worst aspects of the human condition, this tragic tale not so much horrifying as it is frustrating, and as such it doesn’t do a darn thing for me.

Granted, this is still as handsomely mounted a production as any King adaptation I’ve honestly ever seen. Kölsch and Widmyer appear to have genuine affinity for the material and it’s clear they are determined to pull out all the stops as far as the Creeds and their familial trauma are concerned. They’ve enlisted a trio of strong actors in Clarke, Seimetz and Lithgow to help them do it while also boosting the role of Ellie in a variety of fascinating ways, eliciting a superlative performance out of youngster Laurence in the process. They’ve also hired an incredible technical team which includes composer Christopher Young (Hellraiser), cinematographer Laurie Rose (Kill List), production designer Todd Cherniawsky (Ginger Snaps) and editor Sarah Broshar (The Post), and in large part thanks to their collective talents the film looks and sounds terrific first scene to last. 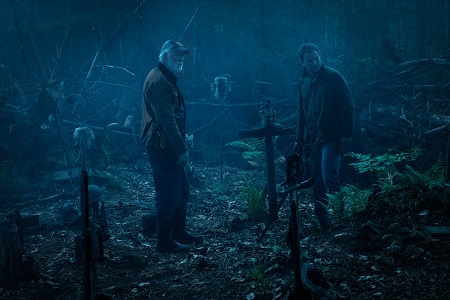 But as far as I’m concerned this is still all for naught. The underlying scenario just doesn’t work, and I just do not feel any of the various pieces fit together in a satisfying way. It makes no sense to me that someone as supposedly intelligent as Louis would move into a home with two young children nestled against such a dangerous piece of highway. I’ve never understood why there is a ghost haunting him, giving the doctor a series of nonsensical warnings that right from the jump he never even considers taking a moment or two to ponder let alone heed. Jud’s reasoning for disclosing what the “sour ground” can do, while explained a bit better here than I recall it being in either King’s book or Lambert’s previous film, is still a gigantic piece of hogwash.

The funny thing is, I could likely forgive just about all of that in the context of a gruesome piece of horror lunacy had I not felt so bludgeoned by the more important central components at the heart of the story. There’s nothing profound about any of this, nothing that to me hints of greater social or political subtext that might make the merciless gloominess and repulsive malice of the story have more emotional heft or meaning. I find that I feel Pet Sematary holds its audience in something perilously close to contempt, and because of that, as well-crafted a production Kölsch and Widmyer’s film might prove to be, I could frankly care less if I ever have to suffer through a second of it ever again. 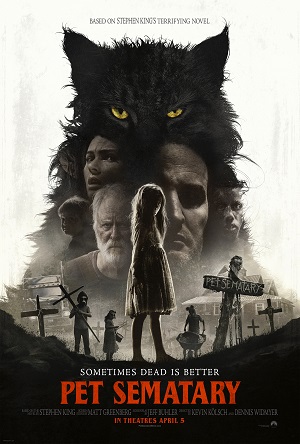