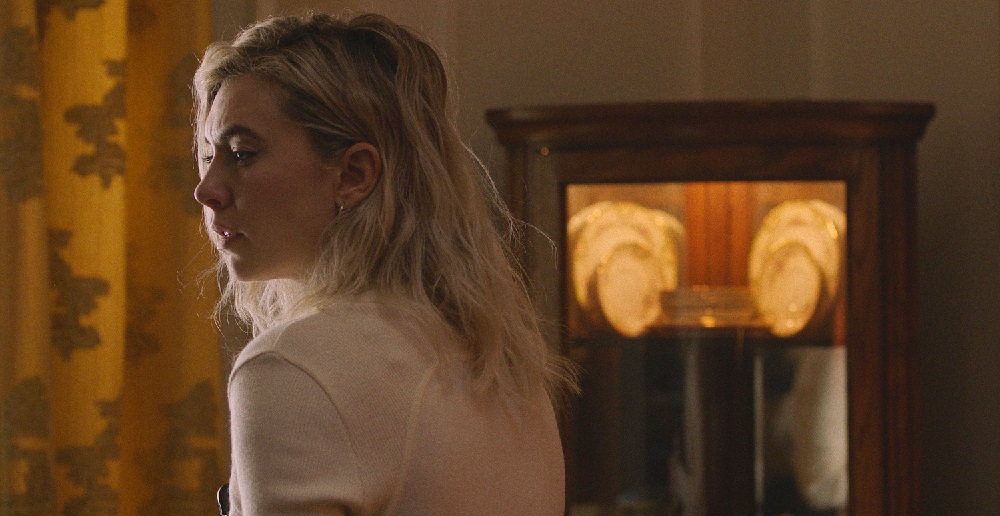 Kirby Dazzles in Intimately Shattering Pieces of a Woman

Martha (Vanessa Kirby) and Sean (Shia LaBeouf) are going to have a baby. The time between contractions is rapidly decreasing, and they are waiting for the midwife to arrive so they can really get things moving. But she’s unexpectedly busy with another pregnancy and has sent a replacement, Eva (Molly Parker), to take her place. This new woman is pleasant and caring, and Martha does not see a reason for worry and decides to continue with the home birth.

What happens next is one of the most intensely excruciating 20 minutes of any motion picture I happened to see in all of 2020. Shot in one continuous take, this labor sequence in director Kornél Mundruczó’s and screenwriter Kata Wéber’s Pieces of a Woman is so quietly demolishing it almost mitigates and makes insignificant all that happens throughout the remainder of the film. It is an extraordinary display of acting, direction and cinematography, each element working in agonizing tandem to reveal layers of indescribable tragedy that held me spellbound as I choked back a tsunami of tears.

That the rest of this drama doesn’t live up to the magnificence of this opening sequence isn’t a total surprise. That it had moderate trouble maintaining my interest throughout all of its 126-minute running time somewhat did. Unlike Mundruczó and Wéber’s masterful 2014 Hungarian thriller White God, not all of the various human elements came together as richly as I kept hoping they would. Subplots involving Sean and his potential infidelity in the wake of this sudden tragedy particularly left me cold, and where LaBeouf is superb in the opening scene, his performance slowly started to grate on and annoy me as events progressed.

Kirby’s performance is another matter entirely. The talented actress, so terrific as Princess Margaret in “The Crown,” takes things to a whole new level with what she does here. Kirby allows Martha to jump off the screen. This young woman’s emotional maelstrom is haunting in its authentic extremes, her body language speaking volumes even when words escape her entirely. There is a primal ferocity to how she is dealing with what happened that is heartbreaking and empowering in almost equal measure, Kirby ensuring that Martha remains relatable and worth empathizing with even when some of her actions might in some circles border on unconscionable.

There’s sterling support from legendary actress Ellen Burstyn portraying Martha’s mother Elizabeth. She has a third act monologue during a pivotal discussion with Kirby that’s magnificent, while another scene a little bit earlier with LaBeouf where she coldly and calculatedly, yet also with a tinge of sympathetic understanding, puts the broken construction foreman in his place is a thing of absolute beauty. But she sadly wasn’t around enough to make me feel as if Elizabeth was a vital part of this familial ordeal, making a climactic scene where she is supposed to embrace and understand an important decision made by her daughter fall somewhat flat.

Not that it entirely matters. Kirby’s magnificence alone makes Pieces of a Woman worthy of a look, as does that spellbinding single-shot opening. Benjamin Loeb’s (Mandy) cinematography dazzles but never in a way that overshadows the characters or their journey, while three-time Academy Award-winner Howard Shore (Spotlight) delivers one of the finest, most intimately cathartic scores of his career. Mundruczó and Wéber have crafted an unfathomably personal melodrama that’s nowhere near as bleak as it appears it is going to be going in, this quest ultimately one of forgiveness that shook me right to my core. 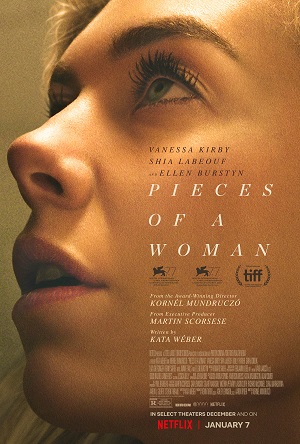