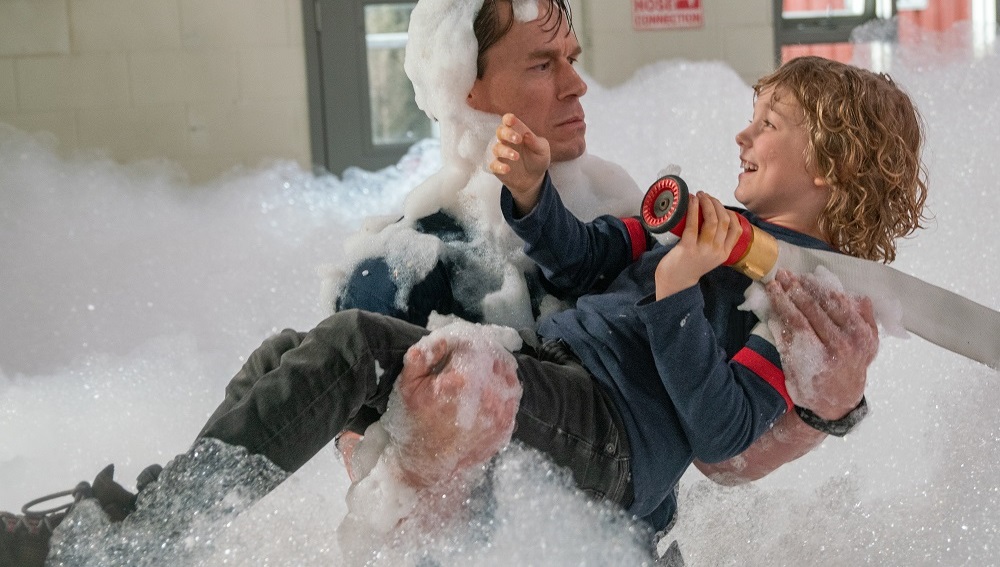 Kid-Friendly Playing with Fire Not That Hot

Let’s not mince words: Playing with Fire isn’t very good. As kiddie comedies go, this Andy Fickman (You Again) effort is going through the motions with a blasé ambivalence that would be frustrating if it weren’t so mundane. It is a movie that is mostly devoid of laughs and one that pushes so many aggressively obnoxious melodramatic tropes it likely won’t surprise anyone that I spent the majority of its relatively brief 96 minutes rolling my eyes and wondering why I was sitting in the theatre watching it in the first place. I didn’t care for the film, and it’s highly unlikely I’ll give it a second thought as soon as I finish writing this review.

But I’m not so sure any of what I’ve just said is that big of a deal. The reason I say that has mainly to do with the reaction of the pint-sized members of the promo audience I watched Fickman’s comedy with. These kids ate the film up, laughing loudly at all the pratfalls, hijinks and hyperactive craziness. They loved seeing big, brawny action star John Cena drowning in a sea of fluffy bubbles and slipping like he’s stepping on 5,000 banana peels as he attempts to sprint across a field covered in grease. They loudly cheered in appreciation when the youngest of the three children at the center of the story had the pink, sparkly “My Little Pony”-themed birthday party of her wildest dreams. It was obvious they were enjoying themselves immensely, and for those reasons I can’t say Playing with Fire is a total disaster.

Do not think any of that means I’m going to recommend people see this film. Goodness gracious no. If one is going to sit down and watch a Paramount production co-financed by the kid-friendly folks at Nickelodeon Movies I sure as heck hope they’d watch the splendid Dora and the Lost City of Gold instead. But I also can’t write off Fickman’s latest entirely mainly because the target audience seemed to like it so much. They laughed, which was obviously the objective, so who am I to say the motion picture as a whole is an affront to cinema and should be avoided at all costs?

From an adult standpoint there are a couple of elements worthy of at least some level of mile appreciation. At the top of that list are supporting actors Keegan-Michael Key and John Leguizamo. While neither is stretching themselves, they still bring a level of welcome imagination and inventiveness to the project that are welcome. The former is particularly good, and I can’t help but wonder if Fickman just let him go and allowed the actor to do and say whatever he wanted to whether it was in Dan Ewen and Matt Lieberman’s (The Christmas Chronicles) simplistic script or not. Key is always doing something just to the right side of weird, and I’d be lying if I didn’t admit that he got me to happily giggle on more than one occasion.

There are a couple of other things, most notably how low-key the climax is. I was worried that in a scenario that featured brawny firefighting smokejumpers, Fickman and his writers would stage something overblown and aggressively violent which wouldn’t have fit with the style and tone of all that transpired before that point. Instead, while there is a sequence of peril for Cena to flex his heroic muscles and save the day, the scene is of the sitcom variety of peril and danger, and for the younger members of the audience this was unquestionably the right way to bring the story to an end.

The plot? After hardened smokejumper Jake Carson (Cena) and his veteran team of Mark Rogers (Key), Rodrigo Torres (Leguizamo) and Axe (Tyler Mane) save siblings Brynn (Brianna Hildebrand), Will (Christian Convery) and Zoe (Finley Rose Slater) from a wildfire destroying their cabin, the unit discovers they’re now in charge of the kids until it becomes safe to take them down the mountain to the proper authorities. Chaos ensues.

That’s really all there is to it. There are some additional elements including stuff about living in a successful parent’s shadow, following dreams whatever they might be and embracing change instead of running away from it, but most of that isn’t examined in detail. There’s also stuff involving a failed romance between Carson and toad biologist Dr. Amy Hicks (a wasted Judy Greer) that gets reignited with the appearance of the three children, but this subplot is treated with such saccharine superficiality I can’t say it ends up resonating in any meaningful sort of way.

Not that any of this matters in the long run. While I didn’t like Playing with Fire the kids in the audience did. Maybe that’s enough. 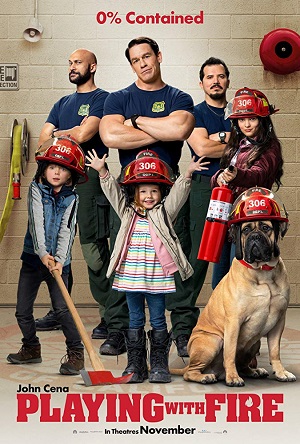