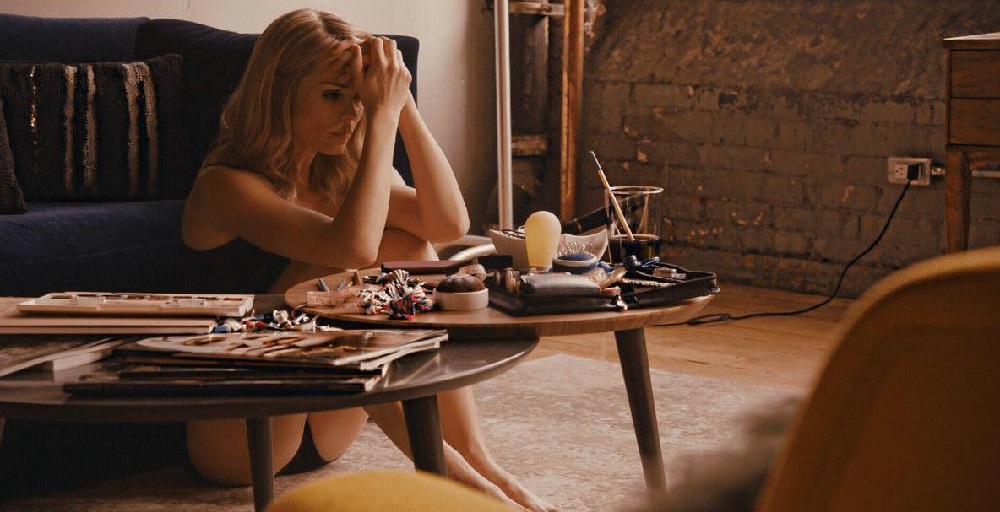 Fearless Rabid an Unfocused Remake of the Cronenberg Classic

David Cronenberg’s rambunctious 1977 body horror cult favorite Rabid isn’t a classic because it’s an all-time great motion picture. I don’t think there are many who would make that claim. It’s a classic because it refreshingly takes no prisoners while showcasing a dehumanized world where a young woman is transformed by life-saving science into a blood-sucking carrier of a virulent strain of the rabies virus. It is a classic because Cronenberg utilizes his shoestring budget with creative ingenuity. It is a classic because, for all the social commentary, for all it has to say about consumerism, gender equality, sexual freedom, political malfeasance in the public square and the slow (if steady) militarization of law enforcement, the director keeps a razor-sharp focus on leading lady Marilyn Chambers and the all-too-human tragedy that is malevolently destroying her life.

American Mary directors Jen and Sylvia Soska (a.k.a. The Soska Sisters) tackle what seems like an impossible task with their new take on Cronenberg’s iconic Canadian horror opus. Thankfully, along with screenwriter John Serge (Dead on Campus) the two filmmakers use the 1977 film as inspiration for an all-new story instead of slapping together a line-by-line remake. While some of the themes are similar, the Soskas are looking to explore the emotional interiors of their unknowing viral carrier of this genetically-enhanced mutation of the rabies virus with a bit more specificity than Cronenberg’s original did. They also want to scare the bejesus out of the audience utilizing crack practical makeup effects that are as gruesome as they are impressive.

It almost works. While there are a ton of marvelous ideas percolating inside of Serge’s scenario, many of them are left unfinished or only briefly explored before the filmmakers shift their gaze someplace else. There are shocking moments during the climactic stretch where things venture full-bore into H.P. Lovecraft territory almost as if the entire creative team decided to go there on the spur of the moment. Interesting characters disappear for long stretches for virtually no reason, while key relationships aren’t given the type of examination or attention that they deserve and which could help make the blossoming tragedy unfolding throughout an unforgiving urban jungle have more devastating power than it ultimately does.

Yet that does not make the Soskas’ latest a waste of time. Far from it. They stage a number of insidiously affecting sequences, not the least of which is a chilling face-off between doctor and patient where truth is an illusion and knowledge is a cudgel that only inflicts additional pain. The aforementioned practical makeup effects are also suitably grisly, the directors waiting to unleash a tidal wave of blood and guts until the precise moment they’ve ratcheted up the emotional components for their heroine to their most psychologically excruciating. They also get a terrifically complex performance out of actress Laura Vandervoort, and no matter what sort of grotesque craziness might be happening all around her at any given time she still holds the screen with determined intensity.

The plot is relatively straightforward. Timid designer Rose (Vandervoort), an orphan whose parents were killed in a car crash, is in a horrific traffic accident where half of her jaw is ripped off. Best friend, adopted sister and blossoming haute couture model Chelsea (Hanneke Talbot) convinces her to go to an experimental stem cell clinic run by the kindly Dr. Burroughs (Ted Atherton). There, Rose undergoes an advanced transplant procedure utilizing groundbreaking techniques. Her face not only restored but improved to the point all childhood scars are erased, the young woman gets back to her life with a newfound confidence that impresses her boss German fashion designer Gunter (Mackenzie Gray) so much he tasks her with designing the showcase piece for his latest runway show.

Of course, things aren’t anything near what they appear to be. Rose, a passionate vegetarian who abhors the very thought of consuming meat, suddenly finds she is craving blood. She is also prone to long blackouts and strange hallucinations where she is stalking the moonlit streets and ripping the throats out of a variety of men with nothing more than her teeth. From there a rabies-like viral outbreak blossoms throughout the city, and with the CDC unable to figure out how it started or cure those who have been infected authorities begin shooting carriers on-sight instead of allowing doctors the opportunity to try and treat them. Chaos and madness ensue while Rose wanders cluelessly amidst it all having no idea she’s the one responsible for this apocalyptic nightmare.

Serge’s script keeps the outbreak portion of Cronenberg’s version, but other than a few other somewhat clever connections the films couldn’t be more dissimilar. Rose’s character is beefed up considerably, and while there is a romantic interest, fashion photographer and journalist Brad (Benjamin Hollingsworth), he’s nowhere near the focal point of the story. If anything the Soskas treat him like hunky, well-meaning eye-candy, and instead of the female characters being the ones ogled by the camera it is undeniably the men who are fetishized here. The film also introduces a monstrous sci-fi element that incomprehensibly comes out of nowhere, all of which leads to a perverse climactic stretch that, while not exactly unique, is certainly something of a minor surprise.

All of which makes it unfortunate that this movie never fully comes into its own. While Rose and Chelsea’s relationship is initially explored with refreshing complexity, at a certain point the latter becomes a minor narrative afterthought. As for that point where the story treads into full-blown creature-feature territory, it’s almost too out of leftfield to have the type of impact I can’t help but believe the filmmakers were going for.

Still, the Soskas direct their film with confident conviction, and even if I didn’t love every aspect of the production thanks in large part to the pair’s handling of the material coupled with Vandervoort’s strong performance I was certainly never bored. This new Rabid definitely has bite, and while that it fails to draw any more blood than that produced by a pinprick is undeniably a problem, it’s not a big enough one that I can entirely dismiss what it is the filmmakers have done here. It’s possible this remake could grow on me when I take the time to watch it again. Here’s hoping that ends up being the case. 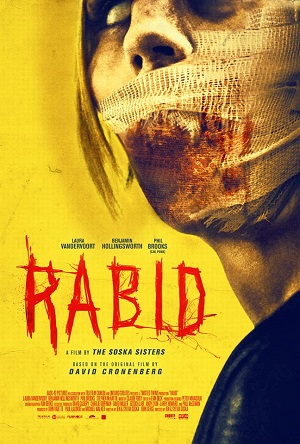