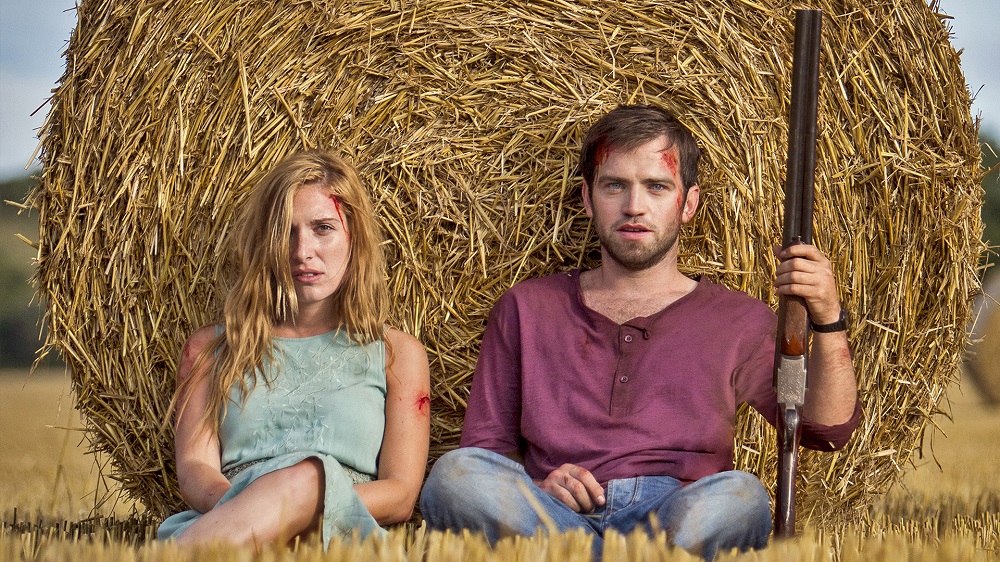 After a horrible summer road trip to France that has gone disastrously awry, Brit Jack (Andrew Simpson) is hitchhiking his way through the rural countryside heading to the coast so he can grab the ferry home. Along the way he chances upon the beautiful Véronique (Joséphine de La Baume), helping the young woman out of a potentially dangerous situation involving a rather angry motorist whose intentions towards her might not have been entirely pure. Striking up a fast friendship, the two agree to carry on down the road together, Véronique revealing to Jack the reason he’s been having such a terrible time getting a ride is that a mysterious killer has been stalking the region, leaving a slew of drivers in various states of murderous disrepair on the side of the road. 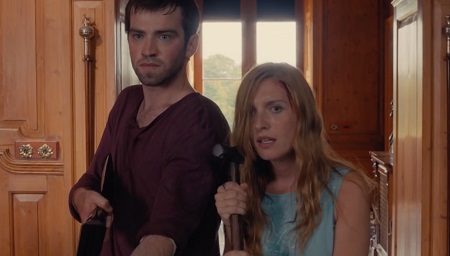 Seemingly not caring about any of this, gregarious local Grizard (Frédéric Pierrot), not only offers the two a ride to the coast, but also invites them to his massive country home to have dinner with both he and his charming American wife Mary (Barbara Crampton). While Véronique seems oddly unsettled by the offer, Jack is happy to agree, spending the evening with this pair proving to be both intellectually stimulating as well as physically relaxing. It is not until the morning when he starts to believe something might be off as it pertains to Grizard and Mary, realizing he and his gorgeous new friend should get out of the pair’s house before it is too late.

In writer/director Abner Pastoll’s Road Games, nothing is as it initially appears, and in somewhat obvious Hitchcockian fashion fish out of water Jack finds himself in the middle of a dangerous psychological minefield where every next step could be his last. Who is who and what is what are the central questions around which everything revolves, and while I always had a pretty good idea of where it was all heading getting there was such murderously giddy fun I didn’t actually mind the surprises were relatively few and even further between. The film is well structured, gorgeously shot and confidently directed, and as feature-length narrative debuts go Pastoll’s is a strong one that has me blissfully excited to see what he’s got in store for us all in the very near future.

It starts with Simpson. A long way from his early days as a teenager falling for Cate Blanchett in Richard Eyre’s Notes on a Scandal, the actor has matured nicely, oozing a charming form of befuddled, easy-going masculinity that reminded me of David Niven in A Matter of Life and Death or Fred MacMurray in Murder, He Says. He comes into his own with devilish self-assurance yet still manages to maintain a form of cheery, well-intentioned cluelessness that’s nothing less than wonderful. His chemistry with the gorgeous de La Baume (who is equally stunning in the frightfully underrated Kiss of the Damned) is off the charts, making Jack’s inability to see things as clearly as maybe he should oddly understandable as events slowly begin to spiral out of control. 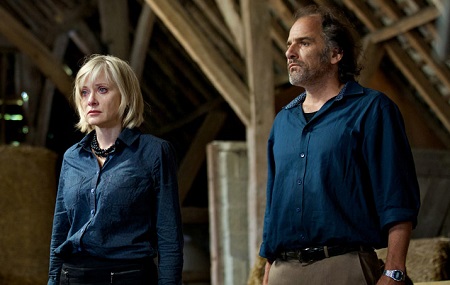 Pierrot, a terrific actor known for his appearances in films like Young & Beautiful, Polisse and I’ve Loved You So Long, tips his hand a little too much, I think, at least as far as what it is that is driving all of Grizard’s various actions as they pertain to Jack, and I do wish he would have played things a little closer to the vest than he ultimately does. But he and Crampton – who, it must be said, is on quite a roll, what with You’re Next, We Are Still Here and now this – are paired together nicely, the emotions fueling their actions pure, genuine and, in the end, heartbreaking. The iconic horror actress, most known for her work for director Stuart Gordon in Re-Animator and From Beyond, is as good as she has ever been, the look on Mary’s face as Jack and Véronique exit Grizard’s car speaking volumes as it deftly, and subtly, hints at the madness to come.

Some of this, most notably  subplot involving a local who spends his days cleaning up road kill veteran French character actor Féodor Atkine, is just too weird for its own good, while some of the structural trickiness Pastoll’s script finds itself getting obsessed with isn’t nearly as clever as I imagine the filmmaker thinks it is. But the plot mechanics are always solid, everything building to final moments that are, if not unforeseen, insidiously refreshing all the same, the inherent creepiness of the climax also containing a winsome modesty that’s pleasingly disturbing. Throw in Eben Bolter’s stunning camerawork, Damien Creagh’s (Nina Forever) suitably immersive production design and Daniel Elms’ sinister, John Carpenter-like score and the pieces just fit together too nicely to be even moderately dismissed, Road Games an intoxicating, adrenaline-fueled thriller that’s as brutal as it is invigorating. 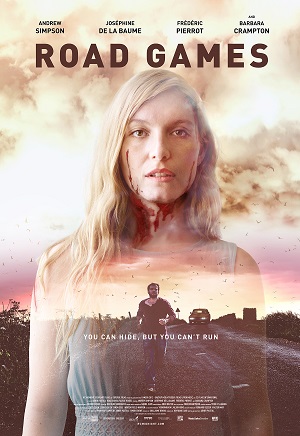