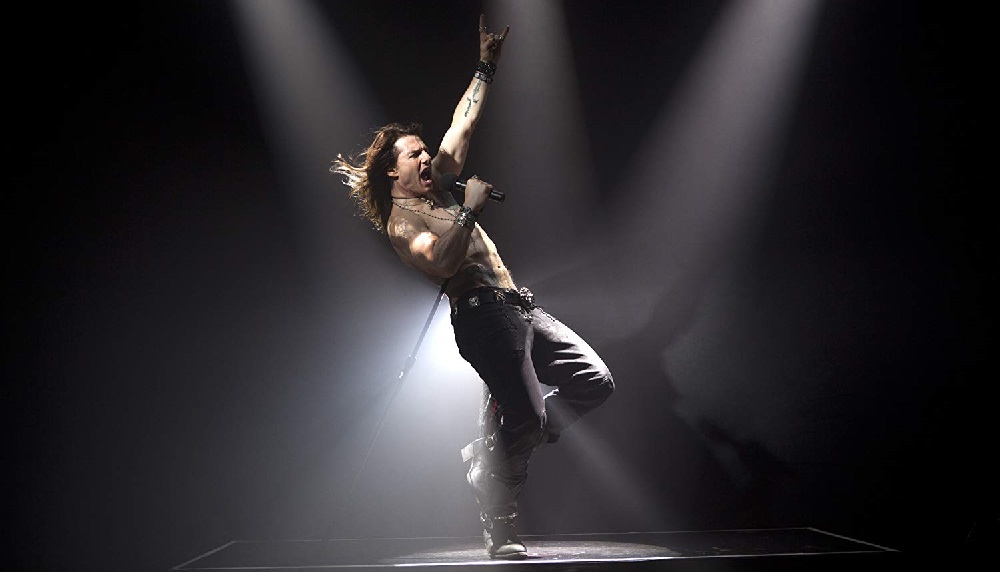 I’m not sure what one expects when they walk into a theatre to see Rock of Ages. The movie is based on a popular Broadway musical which was itself inspired by late 1970s, early 1980s Hard Rock anthems belted out with exuberant gusto by the likes of Def Leppard, Journey, Warrant, Bon Jovi, Twisted Sister and Guns ‘n’ Roses. As for the story, it revolves around a young woman from the Midwest with stars twinkling in her eyes who comes to Los Angeles to make it big and ends up falling in love with a scruffy-looking, yet totally sexy, barback who wants to be a Rock and Roll star. In other words, high art this ain’t, and anyone expecting it to be should probably have their heads examined for thinking otherwise.

Taken on those terms, director Adam Shankman (Hairspray), along with screenwriters Justin Theroux (Tropic Thunder) and Allan Loeb (Just Go with It), have arguably taken author Chris D’Arienzo’s Broadway concept about as far as they could have. The film is pretty cheesy and comes equipped with a soundtrack littered with famous Rock anthems like ‘Pour Some Sugar On Me,’ ‘We Built This City,’ ‘Every Rose Has Its Thorn’ and ‘More Than Words.’ It is filled to the brim with an excess of style that borders on being obnoxious, all of it delivered with a confident bravado that fits the material, and those songs, just about perfectly.

Not to say all of those statements are meant to be complimentary. It’s hard not to wonder what might have happened had someone decided to take things a bit more seriously, tried to infuse this project with some actual wit, weight, emotion and pathos. You get the feeling that as simplistic as all this is, as threadbare and as overly melodramatic as it purposefully is (most of it plays like an old Frankie Avalon/Annette Funicello beach party musical), there’s the hint of a little in the way of depth and honest human feeling sitting at the bottom of this sugary sweet barrel of syrup. The only problem? No one seems interested in trying to dig underneath all of the syrupy pabulum in order to reveal any of it.

Make that almost no one. Rising above the fray, proving once again he might be the only honest to goodness top of the line Hollywood movie star still working today, walks Tom Cruise. Playing the film’s lonely, obsessive-compulsive, sexually provocative Rock god at the center of all that transpires throughout the film, his Stacee Jaxx is a titanic figure of pure smoldering unadulterated bravado. He leaps off the screen, oozing a pure form of sensuality and orgasmic smarm that’s deeper and more resonate than anything else the picture itself remotely has to offer. Cruise, channeling bits and pieces from his most iconic performances (most notably Magnolia, Jerry Maguire and Top Gun), informed by what some imagine to be his true personality as formed by his three decades in the public spotlight, is a titanic force of nature. Cruise wills the movie to become more than the sum of its parts, forces it to break free of the constraints shackled upon it by its hackneyed plot, all of which makes the long stretches of the story he’s absent all the more unbearable.

It isn’t like the majority of the other name actors, including Alec Baldwin, Malin Ackerman, Russell Brand and Catherine Zeta-Jones (who appears to be having a total blast, her church-set rendition of ‘Hit Me With Your Best Shot’ honestly wonderful), or the two central starlets Julianne Hough and Diego Boneta, are bad. All of them are just fine, each delivering what is required and doing their best to keep the movie on the somewhat likable yet instantly disposable path that Shankman has laid for each of them to assertively strut upon.

That’s fine, I guess, as I seriously doubt few fans of the original Broadway production will feel let down by the film. It’s hard to dispute that Shankman does know his stuff in regards to both the genre and the material. The movie can be a lot of fun, sometimes tons of it, many of the song choices and their corresponding production numbers so cheekily spectacular even I giggled at least a half-dozen times throughout the picture’s two-hour running time.

But when you look at Cruise, when you see what he decides to bring to this ‘Nothin’ But A Good Time’ party, when you find yourself awestruck by his ability to mine places and corners of the human condition the rest of the picture seemingly has no interest in, you quickly realize Rock of Ages could be so much more than it is. The movie didn’t rock me like a hurricane, didn’t keep me believing, and walking out of the theatre all I could do was harden my heart to the fact I couldn’t fight the feeling that these Rock and Roll midnight shadows weren’t even as close to heavenly as they potentially could have been. 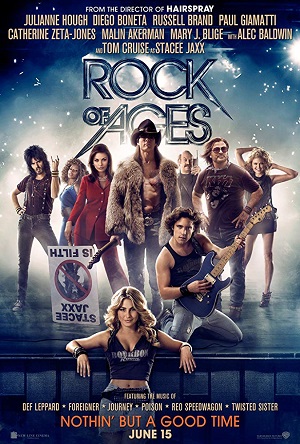