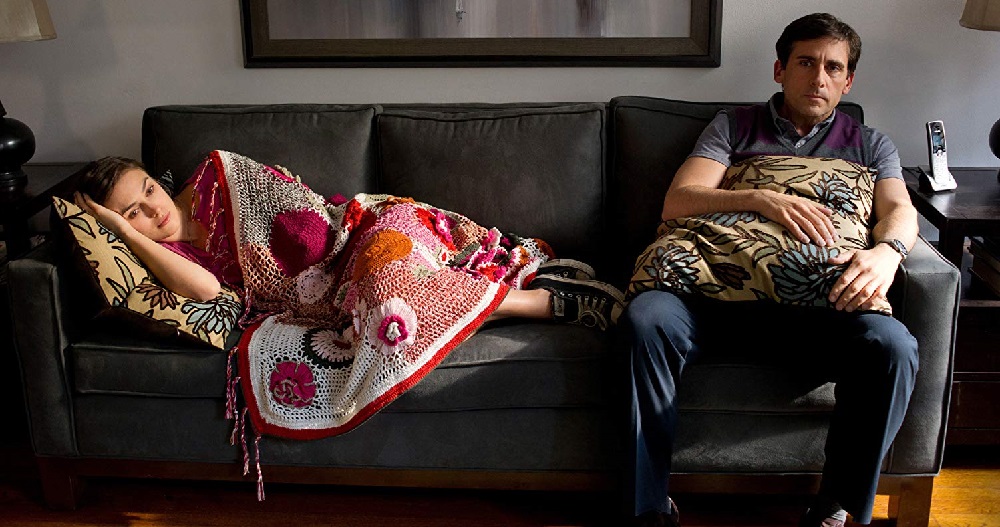 Stunning Seeking a Friend an End of the World Delight

An asteroid named Matilda is on a collision course for Earth. All attempts to stop it from crashing into the planet have failed. It is going to strike. Life, as we know it, is tragically going to end.

Dodge (Steve Carell) had been going through the motions for some time, so the thought of annihilation isn’t as depressing as it might have been otherwise. After his wife leaves he realizes the mistake he regrets most is not telling his former college sweetheart he loved her. Promising his flighty (and much younger) downstairs neighbor Penny (Keira Knightley) he’ll find her someone to fly her to London so she can see her family before the apocalypse, the two head out in her car to see if they can find the one woman Dodge feels like he left behind.

To say the two have a unique journey as they hit the road is an obvious understatement. They meet up with old friends, encounter long-lost family members and share adventures that could only happen with the world ending. The pair discover truths they might have known beforehand but for a myriad of reasons allowed themselves to forget, rediscovering life’s crazy mysterious magic as their days residing on the planet dwindle to zero.

I loved Seeking a Friend for the End of the World. It consumed me and spoke to the interior corners of my soul in a way I can’t quite put into words. Writer-director Lorene Scafaria (Nick and Norah’s Infinite Playlist) has crafted a uniquely entrancing love story that speaks to the very essence of who we wish we were and who others often see us to be. Bleakly humorous, intimately touching, the movie moves towards its inevitable conclusion with a surprising amount of delicately nuanced whimsy. I found it extraordinary, its final moments filling me with a mixture of joy, euphoria and pain I didn’t see coming.

I feel a fair amount of sadness for those who cannot get inside Dodge and Penny’s heads and do not find something about their road trip to relate to. Their time together has moment of pain and pathos, no argument from me in regards to that. But it also offers up superlative moments of healing and redemption, the pair’s journey going places so intimately multifaceted the collective effect this had upon me struck me to my core.

Scafaria handles it all with confident dexterity. She finds the humor in the story, allowing the jokes to blossom naturalistically and not feel forced. The director fearlessly mixes genres, goes from sparkling highs to devastating lows with cunning abandon. Scafaria allows the narrative to flow just as freely as the scenery rushing outside the windows of whatever vehicles Dodge and Penny might be traveling in at any given moment.

It’s hard to imagine anyone other than Carell filling Dodge’s shoes. He uses his personal bag of tricks to marvelous effect, giving one of the most self-assured and assertive performance he’s ever delivered. He’s every bit as wonderful here as he was in Dan in Real Life and mines more emotional terrain than he did in Crazy, Stupid, Love., grounding his character in ways that are a consistent revelation.

I get the feeling I’m going to be one of the few to proudly stand upon this particular soap box extolling this film’s virtues. I’m okay with that. Seeking a Friend for the End of the World asks tough questions and delivers hard answers everyone and anyone can relate to. The euphoric spell it cast filled me with intoxicated bliss, all of which helps make Scafaria’s directorial debut a memorable one. This is a movie I’m going to be treasuring for a very long time. Here’s hoping general audiences will end up feeling the same. 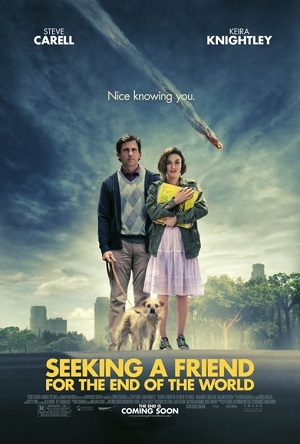