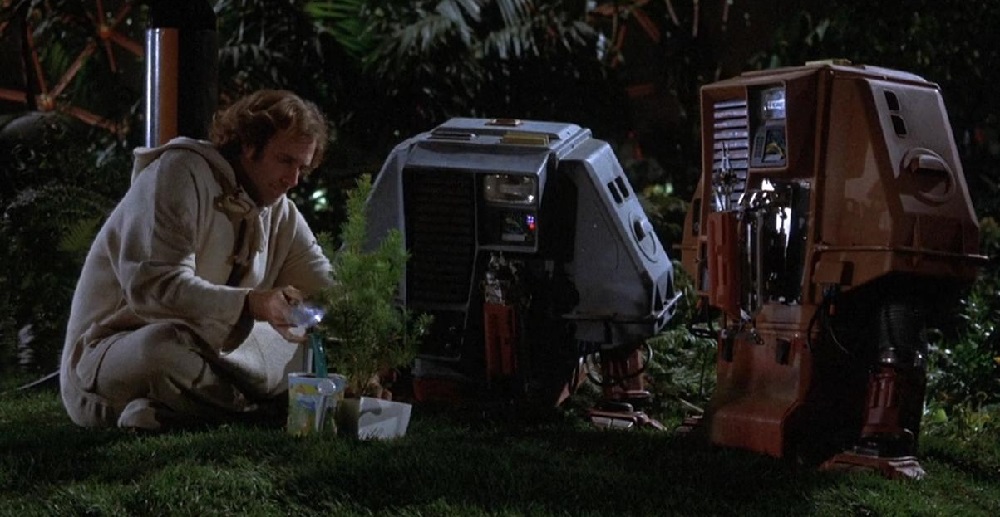 The crew of the Valley Forge have a unique mission. They are protectors of the last remaining vestiges of Earth’s once lush forests. But their interstellar travels are about to be cut short. The powers that be have determined maintaining these massive ships out in the vast nothingness of Space is no longer worth the cost. They have been ordered to destroy these greenhouses and then return home.

But one man, botanist Freeman Lowell (Bruce Dern), refuses to follow orders, and along with his three robotic best friends Huey, Dewey and Louie, he’ll do whatever it takes to ensure these forests survive.

Is Silent Running a product of its time? Undeniably. Certain facets of special effects wizard Douglas Trumbull’s 1972 directorial debut are unquestionably dated, and it’s almost impossible not to make note of them when they happen. But as heavy-handed as the film’s environmentalist message can be, what Trumbull and his trio of screenwriters Deric Washburn (The Deer Hunter), Michael Cimino (the Heaven’s Gate filmmaker billed here as “Mike”) and Steven Bochco (yes, THAT Steven Bochco) make of it is still as fascinatingly vital as ever.

One of the more interesting aspects of this science fiction endeavor is how purposefully challenging its core storytelling construct ends up being. Lowell is in many ways a psychopath. Justified in his actions? Doing what he does for the right reasons? Taking the only kind of stand he could have under these extreme circumstances? More than likely the answer to all of those questions is a resounding, “yes.” But he still does something early on that, even for the 1970s, risks making the astronaut decidedly unsympathetic even for a well-meaning antihero, and I love that neither Trumbull nor Dern go out of their way to smooth out the character’s rough edges or more psychologically damaged qualities.

Instead, the childlike aspect of this story is brought to life by the trio of Huey, Dewey and Louie. Five years before Star Wars, Trumbull and his team gave these three pint-sized robotic companions life utilizing an inspired combination of technological wizardry and real-life actors inhabiting these mechanical shells (dig into the special features to learn more about these actors; you’ll be glad you do). They become the heart and soul of the story, bringing Lowell’s humanity back into the open while also being the driving force for many of the picture’s most memorable comedic and dramatic moments.

Even if the effects aren’t what they would be now, and even considering the subtle and intimately personal mechanics of the scenario, in no way does Trumbull skimp on the visual “wow!” factor. There is a poetic elegance to the naturalism of the images the director and his esteemed cinematographer Charles F. Wheeler (Tora! Tora! Tora!) toss upon the screen. It’s majestically thrilling, and even all these decades later this interstellar world overflowing in flora and fauna (and which Lowell does the unimaginable to protect) is unlike practically anything else I’ve ever had the privilege to see projected up on a theater screen.

The first time I saw Silent Running it was at the Seattle Cinerama during one of their periodic festivals. It played as a double-bill with Flash Gordon (which also has a stellar Arrow release; the 4K Ultra HD disc is borderline perfect), and I can’t say I honestly knew what to expect as I sat down to give Trumbull’s debut a look. To say I was impressed would be an understatement.

As for Arrow’s new Blu-ray presentation, it’s is exceptional. Fans of the film are urged to snag this disc for their libraries right away.

Once again Arrow has gone above and beyond as far as extras are concerned. It’s an enormously informative collection of materials, and going through it all is an absolute joy. Fans of the film will be thrilled.

Douglas Trumball’s Silent Running is a flawed classic, but that still makes it a classic. Arrow’s Blu-ray presentation is impressive in every respect, superior to all past editions of the film that have previously been released. Highly recommended. 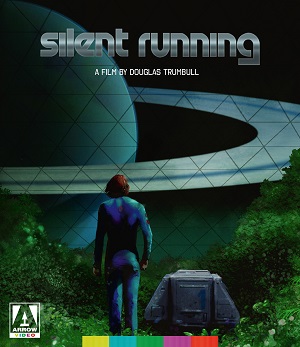