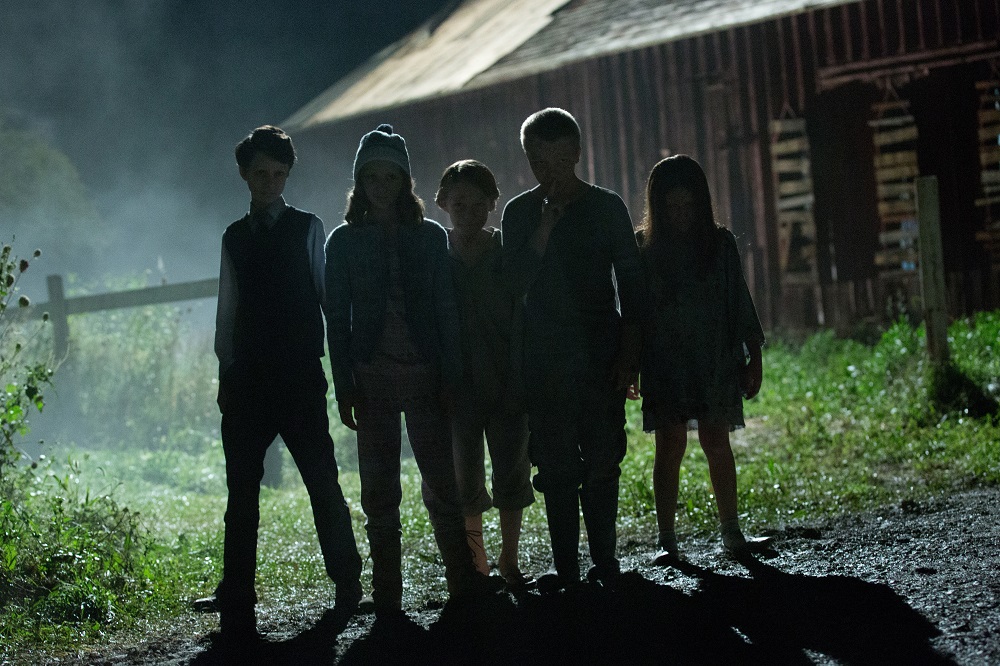 Courtney Collins (Shannyn Sossamon) has come to a secluded farm in the middle of Illinois along with her two twin 9-year-old sons Dylan (Robert Daniel Sloan) and Zach (Dartanian Sloan) to hide from abusive and vindictive husband Clint (Lea Coco). Walking into their midst is a stranger, a former Sheriff’s Deputy (James Ransone) now moonlighting as a private investigator looking into the property’s sordid and tragic history. Once upon a time, a god-fearing family, their patriarch a small town preacher, was murdered in the tiny church standing next to the house. All of them down to the last child were slain, all save one boy who mysteriously disappeared never to be seen again. 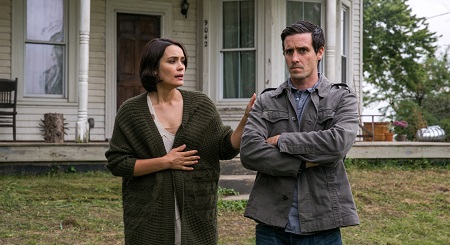 While the case is listed as unsolved, the former cop has a good idea what happened, events comparable to another vexing murder involving true-crime writer and friend Ellison Oswalt and his family a few years prior. The former cop was going to destroy the house, burn it down to ashes. But now that Courtney and her boys are living there he can do no such thing because, the moment they move, that’s when the true horror begins, the demonic presence haunting the farm eager to see its evil migrate to another location taking all it touches straight to Hell in the process.

In many ways Sinister II is a better film than its predecessor. Scott Derrickson (Deliver Us from Evil), writing once again alongside fellow scribe C. Robert Cargill, returns to the world he helped create back in 2012, turning over the directorial reins to Ciarán Foy (Citadel) so he could go off and make Marvel’s Doctor Strange. Freed from having to set up this world and its rules, he and Cargill can instead focus on giving the audience a reason to care about what is going on and why, centering things around a very real story of anger and abuse that’s easy to digest. The pain the two boys feel, the punishment and bullying they have faced at such a young age, it’s what makes them attractive to the demon Bughuul, their two souls ripe for feasting upon.

At the same time, even with the return of Deputy So-and-So, it isn’t like there are a lot of unexpected places for this sequel to go to, and even though his knowledge of the evil assaulting the Collins family shakes things up a little it doesn’t do so enough to make anything that transpires any less obvious. More, Clint is such a one-dimensional monster, such a cartoon version of the stereotypical abusive husband, caring what happens to him isn’t even a passing possibility. Worse, his presence dilutes the core emotional components to an almost debilitating degree, watching him suck the life out of the proceedings a frustrating annoyance.

All the same, other than a handful of cheap jump scares that add little to the overall narrative arc, there is a remarkable amount of structural control on display, Foy’s confident, self-assured hand easy to see. Also, for anyone who has seen his micro-budgeted debut Citadel (which is a superior horror effort, make no mistake), the director knows how to get the most out of creepy murderous kids, playing upon primal fears of children descending into unfathomable darkness magnificently. While the script does let him down, while things are too clever and too cute for far too much of the running time, the filmmaker shows a masterful ability to make the smallest gesture monumental, the little raise of an eyebrow or the tremble of a lip horrifying.

It is also key that he’s assembled a crackerjack technical team, most important being cinematographer Amy Vincent (Hustle & Flow). Her effortlessly surreal camerawork is a delicate, unsettling waltz of tense revelation, one that only grows in visually hypnotic intensity as things progress. She’s ably assisted by a cadre of editors (three are credited) who do a crackerjack job of assembling things together into a cohesive whole, while Bill Boes’ (The Smurfs) production design is eloquently eerie in its delicately lived-in simplicity. Tom Hajdu and Andy Milburn, a.k.a. tomandandy, reunite with Foy after their sensational collaboration on Citadel, achieving a sonic elegance that, while not rising to the same heights as It Follows or Backcountry, is still pretty darn impressive in and of itself. 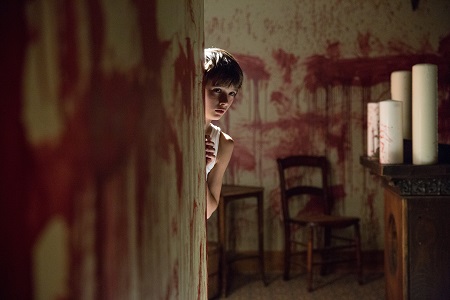 As true as all of this might be, as good as Ransone is and as nice as I find it to see Sossamon back on the big screen, there is no escaping the fact that the climax Derrickson and Cargill have concocted for this second chapter in Bughuul’s ongoing demonic story is hardly satisfying. Foy has talent, but not even a director as promising as he is could probably have come up with a way to make the mind-numbing silliness of the last 15 minutes work in ways that would be anything other than unintentionally humorous. It’s a bunch of running around where the rules of the mythology change for no apparent reason other than they need to or the last few seconds cannot come to pass, and as such it saps fear, tension and emotion out of the picture replacing it with something decidedly pointless.

Which is sad because, in so many ways, Sinister II is a horror sequel with real potential. It has a central conceit that’s inherently intriguing, building on the disturbing premise of its predecessor with real ingenuity. Yet in the end it’s nowhere nearly as satisfying as it might have been, and while glimmers of chilling astonishment can be found, it just isn’t enough to make Bughuul’s return anything memorable. 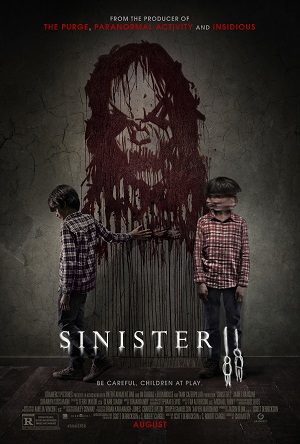