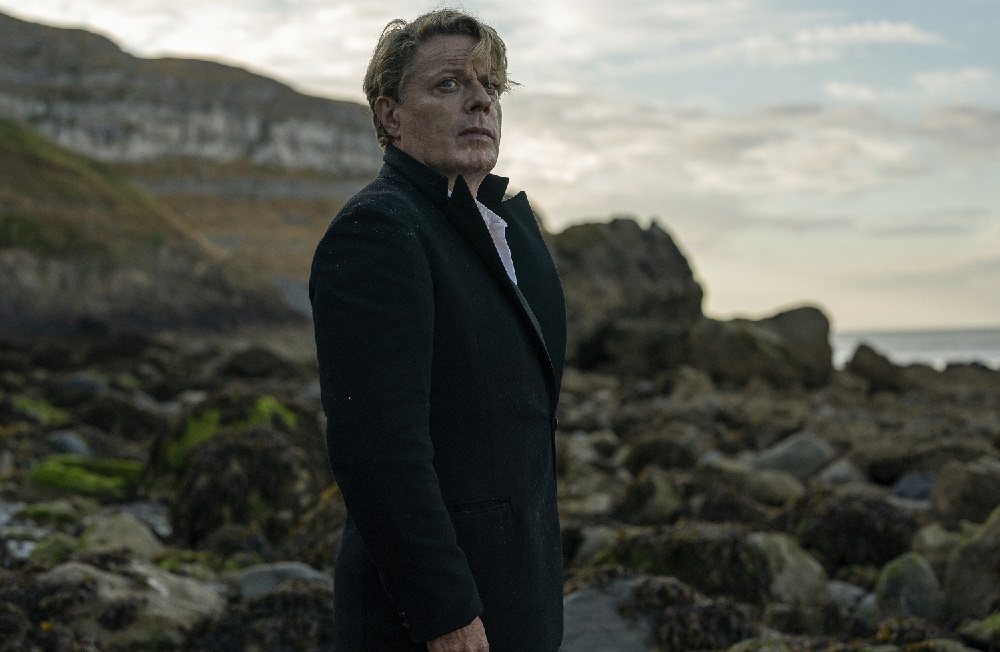 There is a finishing school on the south coast of England, the Augusta-Victoria College, run by the haughty headmistress Miss Rocholl (Judi Dench) that has caused a minor stir back in the London war office: it is 1939, and this institution caters to the daughters of high-ranking Nazis. With current events being what they are, some in the government wonder if a school promoting British-German relations is in the best public interest.

Educator Thomas Miller (Eddie Izzard) has come to the school at a difficult time. His predecessor died under mysterious circumstances, and Miss Rocholl is understandably nervous about bringing in a newcomer no matter what his credentials. But in large part due to his half-German heritage, she decides to keep Miller on for a trial period, and in no time he manages to both charm the students and ingratiate himself with fellow teacher – and former student – Ilse Keller (Carla Juri).

Inspired by true events, even if the story at the heart this motion picture isn’t one I can say I’ve seen before, the pre-WWII suspense-thriller Six Minutes to Midnight still hits its fair share of familiar beats. It goes without saying Miller isn’t who he claims to be. Additionally, there’s something sinister happening at the Augusta-Victoria College that Miss Rocholl has made a potentially conscious decision to remain entirely clueless about.

What might that be? Why are these girls so important? The German government knows they can be used as leverage against their parents by the British. Worse, they might be taught ideas and beliefs contradictory to Nazi ideology. Wanting these young ladies out of England, high-ranking officials are willing to do whatever is necessary to ensure they are returned to German soil or, if that proves impossible, to order their execution by the operative secretly working under Miss Rocholl’s nose.

There are additional bits of intrigue, including a secret list of German agents and a bit of nonsense involving British officials working against Miller who believe it’s in the country’s best interest to appease Hitler. Mostly, though, it’s a lot of watching Izzard run. Run across the open hillsides. Run through windswept fields. Run along gravel roads apparently going nowhere. Make no mistake, it’s a lot of running.

The script, co-written by Izzard, director Andy Goddard (A Kind of Murder) and Celyn Jones (The Vanishing), is polished and never insults the audience’s intelligence. Still, even though there are a handful of well-dressed red herrings, the identity of the main German operative is easy to ascertain within the first 15 or 20 minutes. There aren’t a lot of shocks, and even if I did feel like the trio revealed their cards much too early in the game, with the outcome never in doubt I can hardly blame them for trying to make their antagonist a bit more fleshed out and somewhat easier to empathize with.

Dench is the film’s not-so-secret weapon. Even with limited screen time she still dominates almost every second her character is around. There is a divine complexity to Miss Rocholl that’s telegraphed solely in how the actress contorts her body or cocks an eyebrow. Dench does have a sublime scene with Izzard. The headmistress is trying to explain away Nazi salutes and exclamations, and it’s obvious through her wavering vocal inflections and jittery movements she’s having difficulty believing a single word she’s so fervently uttering.

As for Izzard, he’s a strange choice to be playing a stiff-upper-lip spy straight out of a John le Carré novel. For every scene where I felt he was perfect, there were two or three others where I didn’t believe him in the role. But he does have a few wonderful moments sprinkled throughout, not the least of which is a tense face-off with a pair of detectives (impeccably portrayed by James D’Arcy and Celyn Jones) who believe he’s a murderer. Their scenes have an electrifying tension that’s welcome, D’Arcy, in particular, showcasing a stoically upright menace that’s moderately bone-chilling.

It’s unfair of me to put it this way, but had I viewed Six Minutes to Midnight on PBS, I’d probably have felt it was just fine. However, as handsomely mounted and professionally acted as it might be, I was never as captivated by any of what was happening as much as I would have liked. There’s nothing all that wrong with Goddard’s thriller; there just isn’t all that much that’s exceptional about it, either. It’s serviceable and passes the time, but that’s it, making the film hard to recommend, even if watching it is anything but a chore. 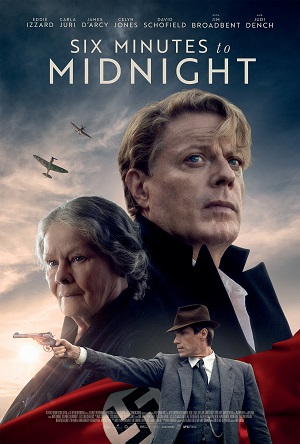