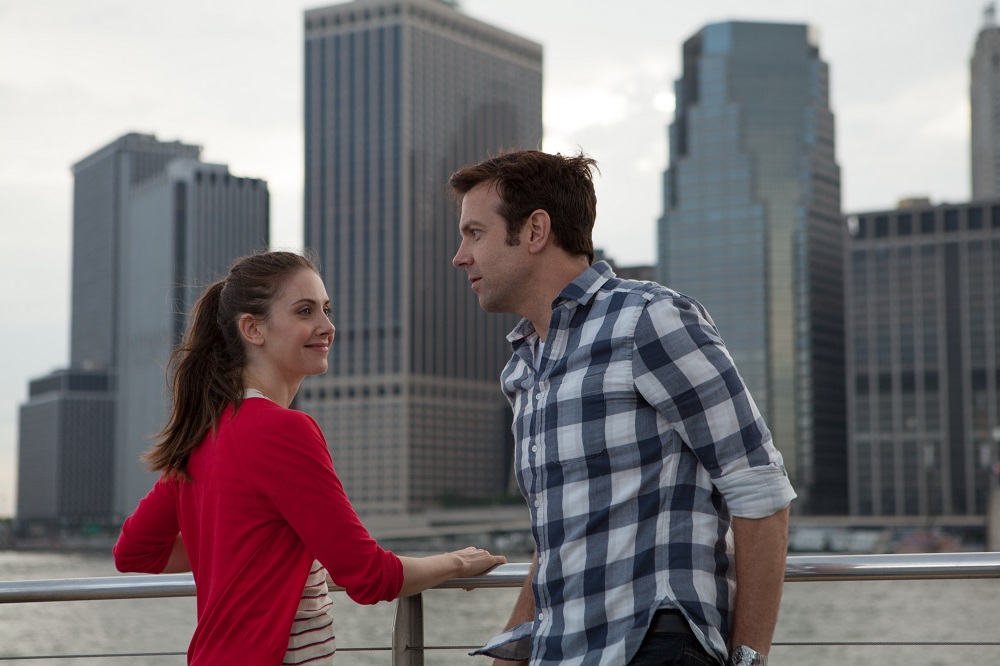 Funny Other People a Showcase for Brie and Sudeikis

Veteran New Yorkers Lainey (Alison Brie) and Jake (Jason Sudeikis) first met in college, losing their virginity to one another after a night of relaxed honesty that they’d remember fondly for over a decade. But neither has seen the other for 12 years, each going down a monogamy-challenged path that has grown to the point it’s almost a running joke their closest acquaintances tease them about. Running into one another by chance, Lainey and Jake determine to prove men and women can indeed be friends, best friends even, making a pact that no matter how sexually adventurous their interactions with others might be their personal relationship will remain strictly platonic. 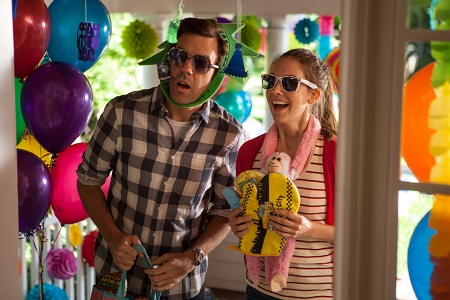 Written and directed by Bachelorette impresario Leslye Headland, Sleeping with Other People is a When Harry Met Sally… variation for the modern age, following in the familiar footsteps of that Rob Reiner directed, Nora Ephron scripted classic almost step-for-step. Granted, Lainey and Jake don’t have to work very hard to become friends, and they get the sex out of the way within the first ten minutes of the film, these early interactions setting the template and direction both of them will be struggling to overcome once each reenters the other’s life. Even so, it’s never a shock where this is headed, the final scenes a foregone conclusion right from the start, Headland doing precious little to shake things up in ways that seldom feel fresh.

Thankfully, what the project lacks in originality it more than makes up for in a glorious collection of smarts, laughs and pleasing performances from both the leads as well as the supporting players all of which makes watching the film a breezy delight for every second of its 95 minute running time. Headland has a knack for crafting wondrous three-dimensional characters, especially as it pertains to the women, giving them tons of snappy one-liners and numerous quick-witted soliloquies that build narrative momentum as well as continually amuse.

The anchors are Brie and Sudeikis. The former has always been an underrated talent, and I’m not sure other than “Mad Men” and “Community” anyone has ever utilized the actress as well as they potentially could have. Even her stints on those critically acclaimed television series didn’t allow her the freedom to evolve, the liberty to showcase her range, that is granted her here. Brie is sensational, elevating the overall familiarity of the piece to a level that’s remarkable with her fearless, artifice-free performance that’s as terrific as any given in 2015. It’s the type of underappreciated star turn no one ever remembers come end-of-year awards time, and along with Melissa McCarthy in Spy and Amy Schumer in Trainwreck this isn’t just a great comedic performance, it’s simply a great performance period, no other superlatives required.

As for Sudeikis, while I’ve always been fond of the comedian I can’t say I’ve ever felt he was especially multifaceted as an actor, performances in Horrible Bosses or We’re the Millers hardly asking all that much of him. But Headland uses him rather marvelously, and as such he showcases dramatic chops that heretofore have gone unexplored by other filmmakers. There is a priceless scene of he and Brie lying in bed, just laying there, exhausted mentally and physically from the day’s events. Sudeikis does something during this moment that’s extraordinary, processes an awakening inside Jake, one that’s been there the whole time yet one all the same he’s never brought himself to acknowledge, this yearning coupled with an understanding that’s astonishing to behold.

The supporting cast is universally solid, and even if none of them make the same sort of indelible imprint Bruno Kirby and Carrie Fisher did in When Harry Met Sally… that doesn’t make them less wonderful in their respective roles. Making the most of things is Amanda Peet, and even if her character – she’s Jake’s new employer who does her best to brush off his romantic advances even though she itches to do otherwise – doesn’t get treated near as well as I felt she should have been. Yet the veteran character actress brings a smart, headstrong sensuality to her time on screen that’s undeniably magnetic, her exit from the proceedings having an emotional, intimately affecting heft that caught me off-guard.

Adam Scott is fine as the adulterous, condescending doctor whom Lainey is trying to get over her infatuation to, while Adam Brody has a terrific cameo as one of her potential suitors whose reaction to her admission of sexual promiscuity is humorously over-the-top in a way that’s more endearing than it is obnoxious. Jason Mantzoukas is perfect as Jake’s plain-spoken, if adorably blunt, best friend and business partner, Andrea Savage matching him beat-for-beat and note-for-note as his acid-tongued if irascibly loving wife. As for Natasha Lyonne, she never overdoes it as Lainey’s favorite female confidant and friend, making such a winning impression I almost wish her character could have come around a little more often than she actually does.

Headland is talented. Bachelorette already proved that so this film only confirms what we already knew. Same time, I can’t help but wish she’d dug a little deeper, pushed herself a little more, because as superb as the cast might be and as great as the dialogue is there’s no denying the last few climactic scenes leave something to be desired. Still, Brie and Sudeikis shine, and as for laughs they are undeniably plentiful. Sleeping with Other People might be too familiar for its own good, but that doesn’t mean it isn’t entertaining, and as romantic comedies go it’s one of the more enjoyable ones I’ve seen this year. 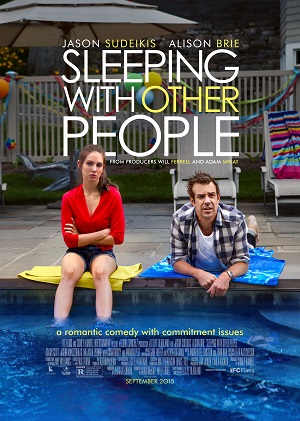