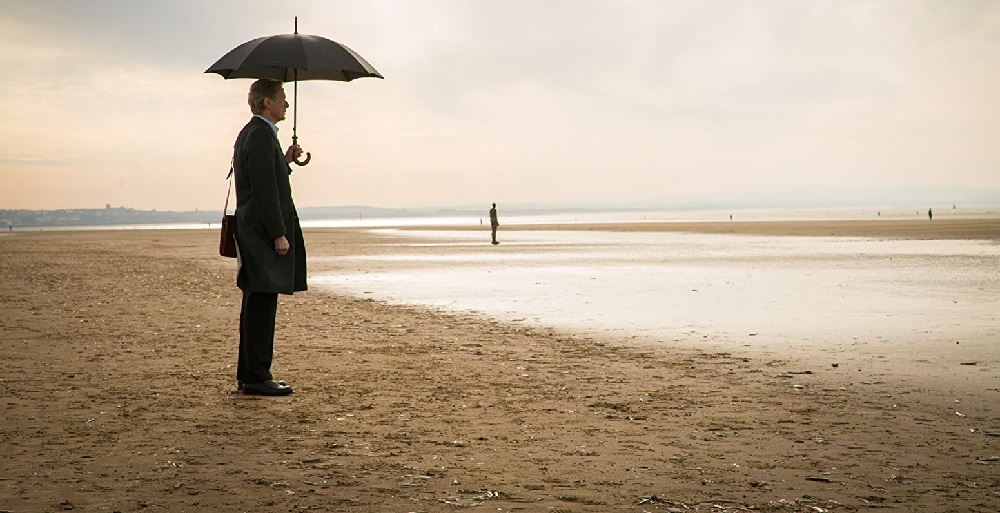 I have trouble imagining I am going to watch a film as strange, as mannered, as weirdly distancing and inventively melodramatic, yet still one I oddly enjoyed a whole heck of a lot, as director Carl Hunter’s Sometimes Always Never. Premiering way back in 2018 at the London Film Festival, the filmmaker’s idiosyncratic debut is finally premiering here in the United States, and it’s easy to so why it’s taken so long for this to happen.

It’s almost as if Whit Stillman, the Duplass brothers, Ken Loach and the creative minds behind classic British television shows like “Fawlty Towers” and “As Time Goes By” all got together and writer Frank Cottrell Boyce’s (Goodbye Christopher Robin) script is what materialized. Is it a comedy? Is it a drama? Is it a satire of modern dysconnectivity brought on by our societal addiction to technology? Is it an examination of Scrabble obsessives? Is it a relationship think-piece about a father (and grandfather) attempting to reconnect with his son (and by extension his grandson) in the only stiff-upper-lip way he knows how?

Yes. To all of that. Every question. I can only assume Hunter’s film is intentionally all over the map. It’s stilted and fractured, utilizing archaic visual techniques and overtly theatrical sequences to push the narrative towards conclusion. Hunter has his talented cast speak in affected cadences, giving things an aloof fastidiousness that’s fitting and slightly off-putting all at once. This is a bizarre little tale that goes out of its way to shine a giant spotlight on all of its precocious peculiarities, making enjoying the finished product start to finish somewhat difficult.

And yet, even with all of that being the case, even when I felt like the film was putting me arm’s length for no other reason than it could, I ended up falling in love with Sometimes Always Never. It made me happy. It comforted me. Most of all, it brought on an unexpected avalanche of tears right at the end, the quiet dignity of this climactic moment so profound it took my breath away.

The plot is moderately difficult to talk about in any detail. This is a father-son tale, Alan (Bill Nighy) and Peter (Sam Riley) having a handful of personal misadventures as they try to put their history as a family in some sort of coherent perspective. Intermixed into this is the search for another son, one who disappeared years earlier under mysterious circumstances almost as if he fell off the face of the Earth entirely. There is also a bit involving Peter’s video game-loving son Jack (Louis Healy) and his embarrassingly shy attempts to catch the eye of his lovely schoolmate Rachel (Ella-Grace Gregoire). There’s also a little Scrabble grifting on Alan’s part after he makes the acquaintance of Margaret (Jenny Agutter) and Arthur (Tim McInnerny), a pair of fellow parents also looking for a missing child.

Unsurprisingly I’m sure, the not-so-secret weapon here is Nighy. The man is extraordinary, delivering a subtle performance of profound depth and measured understanding that resides on a windswept emotional prairie of unspoken regret and self-recrimination. He blames himself for more than he can put into words even as he refuses to admit any of his faults to an incredulous Peter. Nighy finds ways to burrow himself into the heart of every theme and idea that Hunter and Boyce are trying to explore, doing so with a witty ingenuity that’s marvelous.

Riley is also excellent, and grizzled veteran McInnerny slyly steals his couple of scenes with a coy majesty that’s decidedly impressive. I also loved seeing the still luminous Agutter. One of my favorite actresses as a child (I could spend hours talking about how sneakily sensational she is in An American Werewolf in London), seeing her become a much bigger part of the proceedings than I initially anticipated made my heart leap for joy. There’s also something to be said about that subplot involving Healy and Gregoire, this young pair of actors making a fairly sizable impression even though they’re hardly the focus of Boyce’s screenplay.

What happens? Where does it all go? I’m not going to answer those questions. Just know that the theatrical artificiality that is a key element of Hunter’s visual representation is all a fairly cagey smokescreen. While looking through this fog to find the inner truths lurking at the center of the screen can be difficult, once done Sometimes Always Never becomes stealthily unforgettable, this peculiar story an intimately human tale of family (and Scrabble!) that plays itself out like a winsome daydream tenderly coupled in the arms of a long-lost love. 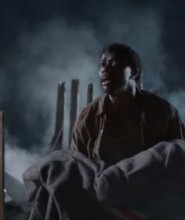 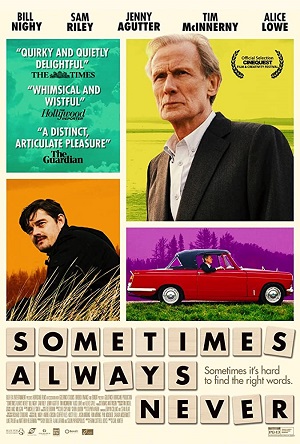