There are numerous layers to writer/director Harold Holscher’s subdued, elegantly eerie South African horror yarn The Soul Collector, many of them uncomfortably fascinating. There’s also something decidedly uncomfortable about the film, ways in which it feels somewhat uncertain as to how it should handle the racially charged cultural, historical and religious dynamics that sit at the heart of its narrative. While Holscher shows commendable restraint, I can’t say for certain that the many themes he’s exploring are as clear as I suspect is intended, making his visually uncomforting theatrical debut something of a mixed bag.

After the tragic death of her parents, curious Mary (Keita Luna) finds herself living with her financially strapped uncle William (Garth Breytenbach) and his oppressively commanding wife Sarah (Inge Beckmann). They take up residence at their family’s dilapidated country farm, William hopeful he can get it back into working order so they can sell the property for a tidy sum. Offering to help him with this rehab is Lazarus (Tshamano Sebe), a self-described wanderer who claims to have worked for Mary’s late grandfather before his tragic, if somewhat mysterious, death.

There’s something strange about Lazarus from the get-go, and it’s not altogether a shock that Sarah, already an untrusting personality from the start, thinks William is making a mistake by hiring him and allowing him to live on the property. At the same time, there is a genuinely touching and ominously disquieting warmth to the friendship that develops between this new handyman and Mary, the two engaging in a series of cryptically fascinating conversations about the nature of life, death, grief and family that caught my attention.

I do feel that Holscher reveals much too early that Lazarus’ intentions aren’t exactly benevolent. We see in the opening prologue where the title comes from, and even after the tragic backstory involving his wife and beloved daughter are revealed, it’s hardly a surprise to learn many were terrified of the man long before that fiery event ever transpired. Heck, the village elder (Chris April) who seems to know him best is missing an eye for a reason, so when Lazarus shows up walking their dusty streets for the first time in years with a clueless William it’s no wonder why his former friends and neighbors are angrily alarmed by his presence.

But there is something about the beautifully haunting intimacy of the conversations that Mary and Lazarus engage in. It’s all very cryptic, and most of their words have triple, sometimes even quadruple meaning, everything leading to gigantic revelations with life and death repercussions for not, just the little girl, but William and Sarah as well. Eternal souls are at stake, and decisions as to where one travels in the afterlife are contemplated. It’s heady stuff, but it is also suitably sinister and drips in dried-up oceans of pain, regret and dread.

A number of the pieces don’t fit together, and anytime the story starts following William and Sarah around it becomes progressively less interesting. Their characters aren’t drawn well enough, and even with revelations regarding why they have no biological children of their own I just didn’t care about what terrible event might end up befalling them. The stuff involving Sarah, while nicely staged and lushly shot in a series of reflective shadows and shimmery ethereal illuminations by cinematographer David Pienaar, is particularly nonsensical, the cheap scare tactics that Holscher utilizes while she is wandering around the farmhouse alone never consistently frightening.

The movie comes close to ending on a note that borders on perfection. Mary and Lazarus have a meeting of minds in an otherworldly location that allows them to speak plainly to one another, the latter no longer cloaking his meaning in metaphors while the former showcases a knowing sincerity of purpose that’s strikingly mature. Holscher plays this scene at a reserved pace, focusing on the faces of his two central characters in a way that allows a form of heartbreaking clarity to be attained, the performance from Luna and Sebe magnetically outstanding.

But just when I felt like things had reached the sort of memorably heartfelt resolution that would have allowed me to forgive the film’s missteps and unreservedly recommend viewers give it a look, The Soul Collector continues onward to a final sequence that odiously undercuts everything that immediately preceded it. Holscher opts for a trick twist ending that feels both forced and unwarranted, and the only thing scary about it is that the director thought including it would be a good idea. 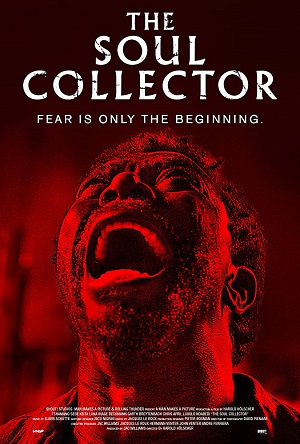