Space Between Us an Interplanetary Bore

The first and only child ever to be born on Mars, Gardner Elliot (Asa Butterfield) has just turned 16. All he knows of Earth is what he’s learned from the small groups of scientists who reside within the complex of East Texas, and he’s understandably eager to know more about the planet his tragically deceased mother and unknown father came from. But while some, like astronaut Kendra Wyndham (Carla Gugino) and project director Chen (BD Wong), feel it is time for Gardner to come to Earth, others like Genesis Space Technologies chairman Nathaniel Shepherd (Gary Oldman) aren’t so sure this is a good idea, fearing that the change in gravity between the two planets could kill the teenager. 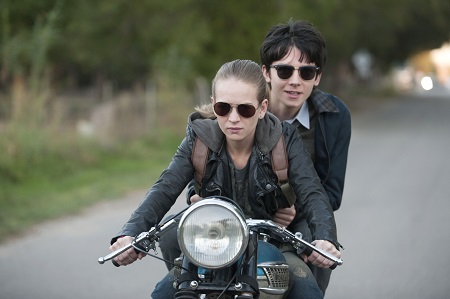 Nonetheless, the decision is made for the boy to make the trip, and it will be up to Shepherd, Wyndham and Chen to monitor his health after he lands. But unbeknownst to all of them, Gardner has alternate designs. He’s been clandestinely corresponding with Colorado high school student Tulsa (Britt Robertson), the pair striking up a close friendship even though the latter has no idea the former was chatting her up while living on Mars. Together, they will steal away on an adventure to find Gardner’s long-lost father, and in the process forge a bond more powerful than the latest interstellar starship that connects his planet to hers.

I’ll give director Peter Chelsom’s (Serendipity, Funny Bones) teenage science fiction romance The Space Between Us this; it has its over-sized heart in the right place. Like some slipshod combination of The Man Who Fell to Earth and The Brother from Another Planet but thrown together like it was a feature-length pilot to a new CW tween melodramatic soap opera, the movie means well and has a number of good ideas, the only pity being it doesn’t have the first clue as what to do with a single one of them. Call it “One Tree Mars” just without the basketball and the brotherly bickering, in their place a rampaging love story that’s as laughable as it is underdeveloped.

Allan Loeb’s script (The Dilemma, Wall Street: Money Never Sleeps), derived from a story he co-wrote with Stewart Schill and Richard Barton Lewis, is a ghastly mess. Paying homage to everything from Wim Wenders’ Wings of Desire, to John Carpenter’s Starman, to Steven Spielberg’s E.T.: The Extra-Terrestrial and Sugarland Express, the story never finds solid footing, presenting its characters more as one-dimensional tropes than it does anything else. Shepherd and Wyndham, in particular, come across as gigantic idiots more often than not, and for two people who are supposed to be colossally intelligent the number of dumb moves both continually make is downright astonishing.

But that’s nothing compared to the task set before Butterfield. I can’t really say it is the Hugo and Miss Peregrine’s Home for Peculiar Children star’s fault that he is unable to rise to the occassion, the challenge set before him by Chelsom and Loeb close to impossible. Gardner is an alien, even though he’s human, his forced seclusion from the planet his parents came from, as well as his being raised by scientists treating him like a lab rat saw to that. But that doesn’t make the character’s total lack of social grace, his continual naiveté in the face of every single new sensation, any less implausible. It all forces Butterfield into a wide array of emotional corners he can’t ever grab completely a hold of, the character’s dynamic range a rollercoaster of absurd nonsense that’s barely palatable. 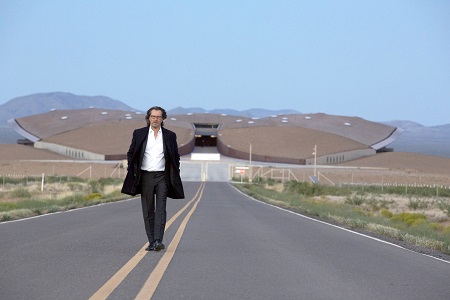 Honestly, the only reason the film didn’t grate on my nerves more than it did had everything to do with Robertson. While Tulsa isn’t exactly a far cry from any of the characters the young actress has played of late, most notably her turns in Tomorrowland and A Dog’s Purpose, she’s still a blast to watch, and there are moments when her magnetism alone was enough to bring a smile to my face. She brings out the best in Butterfield, the pair sharing a handful of winning scenes that made it easy to forget just how risible the majority of this hackneyed drama was proving itself to be.

As dumb as it is, and, make no mistake, the movie is consistently stupid to an almost unfathomable degree, I can’t bring myself to hate The Space Between Us. Chelsom stages a couple of nice escape sequences, and there’s a beautiful use of zero gravity near the end that tugged at my heartstrings in an every-so-slightly manner. Not to say I believe the film is worth a viewer’s time and money, not even that of the teenage audience this story is so clearly targeted at, this interplanetary romance a rocket ship of schmaltz and cliché that’s impossible to take seriously. 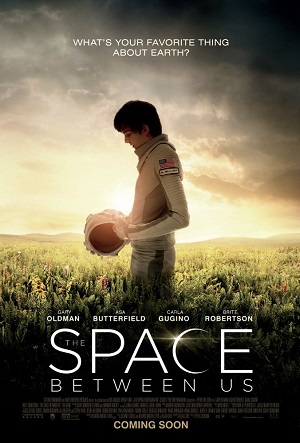