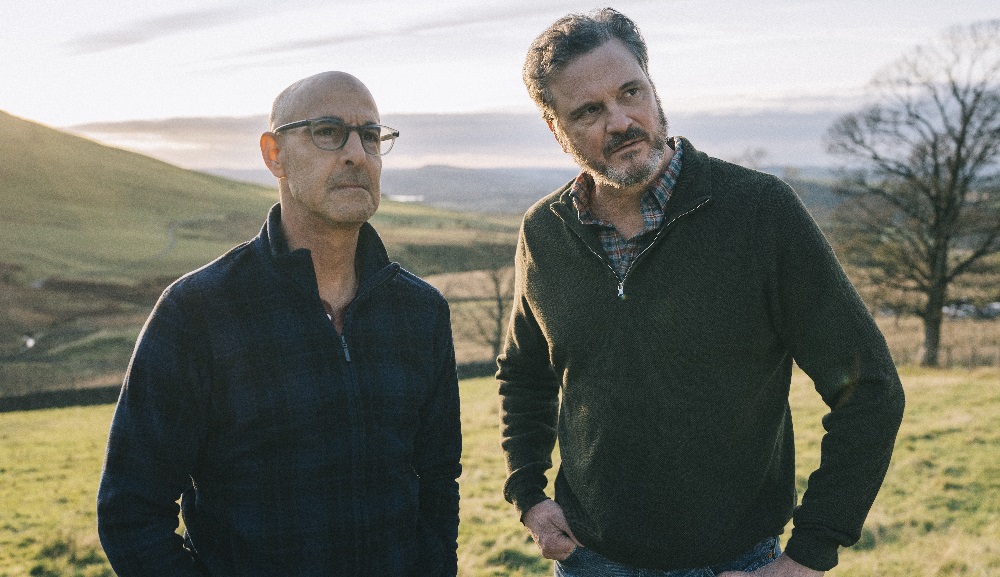 Sam (Colin Firth) and Tusker (Stanley Tucci) have been together for over two decades. Their love is unbreakable, and neither is able to imagine what it would be like to spend a single second without the other next to him. But when Tusker is diagnosed with early-onset dementia, the tragic ramifications of how this will change both their lives isn’t lost on either man, and whether they like it or not, things between them are about to unhappily change.

Supernova annihilated me. While writer-director Harry Macqueen’s (Hinterland) romantic drama didn’t surprise or go in a direction I didn’t anticipate, the subtly intoxicating naturalism of its central relationship is so heartbreakingly genuine I couldn’t have cared less. Firth and Tucci are spellbinding, and not once did I refrain from believing their massive love for one another was anything other than pure.

Macqueen structures events to run at a purposefully measured cadence that largely mirrors the unhurried road trip Sam and Tusker are on. While they have a final destination and a date by which they need to be there, neither feels a need to rush. They stop their trusted old camper, last driven when they were both much younger men, at treasured locations from their past and at the homes of beloved friends and family. This may be their final chance to connect as passionately as they are used to, all of which makes this adventure even more important for the both of them.

It also makes this a rather leisurely expedition for audiences, especially considering that none of the stops along the way are all that inventive or inspired. Yet this does not matter. Much like Andrew Haigh’s superlative one-two punch of Weekend and 45 Years, it’s not so much where things are headed as it is the relationship between the two people at the heart of this melodrama that is the most important element. This is vital. It is also exactly what Macqueen focuses on with confident authority.

There’s nothing better than watching Firth and Tucci work their magic. Whether sharing scenes or having individual moments with others, each actor is at the top of their game. They are in complete control throughout, handling even the more schmaltzy bits of Macqueen’s screenplay with delicately authentic panache. They deliver the dialogue with emotional precision, everything building to a climactic face-off dripping with so much heartrending honesty that I found myself inching forward toward the edge of my seat as if I were watching a pulse-pounding thriller and not an intimate drama of eternal love.

Tucci is particularly extraordinary. His ability to dig so far into the material that he disappears inside it is astonishing. The actor has a scene near the middle of the picture with youngster Nina Marlin that floored me. She portrays Tusker’s inquisitive niece Charlotte, and the two are outside on the lawn, quietly staring up at the stars as a house party loudly carries on behind them, off in the distance.

It’s a simple enough moment, one involving much chitter-chatter about astronomy and other interstellar considerations. But more important is what is underneath the dialogue, the way the two actors stare one another down and connect over something so expansive in its reach and seemingly endless in its scope. But Tucci has a way to connect what they’re talking about to basic everyday human occurrences. Through the way he contorts his body or arches the corner of an eye, he allows Tusker to show Charlotte wonders beyond her years, while at the same time sadly hinting at all he’s about to lose, as dementia’s grip upon his psyche continues to intensify.

There is no surprise where things end up. Macqueen doesn’t make much of an attempt to conceal his hand, a third-act reveal moderately underwhelming. But Firth plays the moment beautifully, and I loved the way he and Tucci slip into a controversially tense discussion with such painfully nonchalant grace. The pair slide into one another’s arms with exquisite ease, and in their doing so, the ramifications of what is being discussed hits home with far more concentrated zeal than it otherwise would have.

Superbly shot by the great Dick Pope (Mr. Turner) and crisply edited by Chris Wyatt (Ammonite), the technical superiority of Macqueen’s sophomore outing behind the camera is never in doubt. Yet when it is all said and done, I can’t help but circle back to Firth and Tucci. They are the reason Supernova affected me so deeply. The duo allows this melodramatic spectacle to shoot into the upper atmosphere, their riveting magnificence a fiery comet of selfless romantic rapture that’s out of this world. 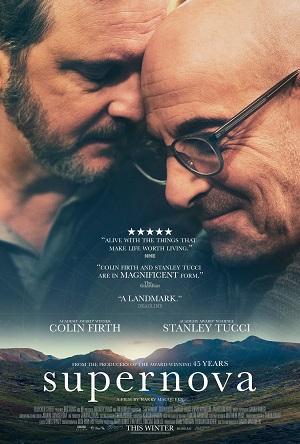