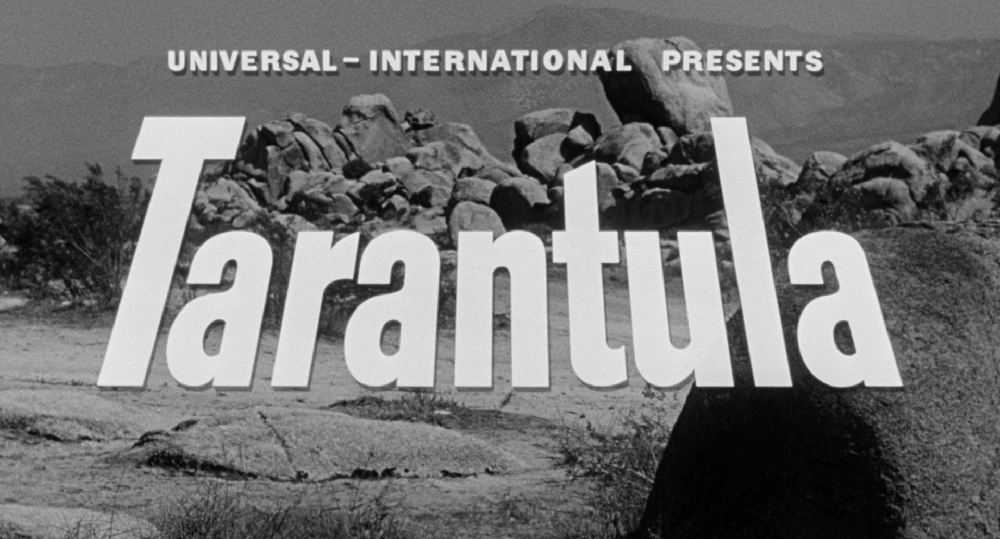 “But what if circumstances magnified one of them in size and strength, took it out of its primitive world and turned it loose in ours?”

“Then expect something that’s fiercer, more cruel and deadly than anything that ever walked the earth.” 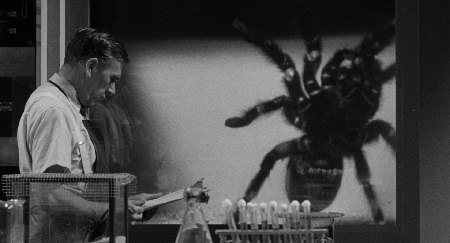 There will always be a place in my horror-loving heart for Jack Arnold’s 1955 giant arachnid creature-feature Tarantula. While nowhere near as amazing as the director’s signature classic Creature from the Black Lagoon, and while it doesn’t rise to the same stellar heights as the giant ant classic THEM! or Ishirô Honda’s immortal Godzilla (both released the year prior), this is still a hugely enjoyable desert-set thriller featuring a number of stellar set pieces and one killer titular monster. It’s also far more intelligent and character-driven than anticipated, moving at its own reserved pace before finally unleashing all kinds of chaos and carnage during the final 30 or so minutes. The movie is a total blast, and as it was one of my first forays into the crazy, ambitiously imaginative world of horror cinema this Universal Pictures staple has remained one of my personal favorites since the first time I watched it with my family on PBS back when I was a wide-eyed kid.

The plot is your basic sci-fi horror staple of the time period. In a quest to battle the coming worldwide food crisis fueled by a global population boom, biochemist Prof. Gerald Deemer (Leo G. Carroll) has developed a new growth formula utilizing radioactive isotopes that spark unimagined growth in a variety of animals including rodents, rabbits and apes. This list includes arachnids, the scientist testing his formula on a tarantula that has now grown to the size of a baby cow.

It goes without saying there is an accident in the lab that causes a massive fire. The tarantula, assumed dead in the blaze with the other test animals, unsurprisingly escapes into the desert night unseen where it continues to grow, feeding on local livestock for sustenance. Small town physician Dr. Matt Hastings (John Agar) knows something is wrong and that Prof. Deemer isn’t telling him everything while at the same time begins romancing the scientist’s beautiful new intern, graduate student Stephanie ‘Steve’ Clayton (Mara Corday). What happens next? Let’s just say a 100-foot tarantula isn’t exactly the most peaceful creature in the world. 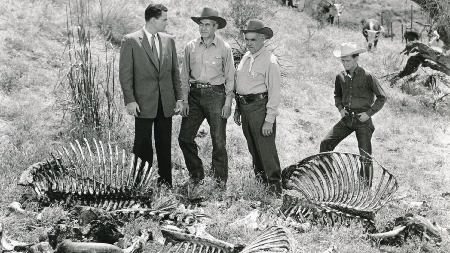 This movie is undeniably silly. At the same time, much like Creature from the Black Lagoon, Arnold’s film takes itself completely seriously. It treats its characters and its scenario with respect, never pointing out the inherent lunacy of the scenario or winking at the audience for just how idiotic or improbably all that happens undeniably is. Screenwriters Robert M. Fresco (The Monolith Monsters) and Martin Berkeley (The Deadly Mantis) craft interesting characters who, at least in the case of Steve, are moderately ahead of their time (a fact of which the older characters, especially Prof. Deemer, aren’t shy about commenting on). Also, the romance between Dr. Hastings and Steve is almost an afterthought, and while their growing affecting for one another is readily obvious, once the threat of a giant spider becomes clear to everyone any pretense that they’ll take time for a quick kiss or two is immediately dropped as they instead work together (along with other inhabitants of the town) to stop this eight-legged menace from gobbling up all of the townsfolk.

While Tarantula is a product of its era, Arnold’s film is as undeniably entertaining today as it was back during its original release. Its title creature is beyond creepy, and the climactic action sequences (eventually featuring an uncredited Clint Eastwood as an Air Force fighter pilot in one of his first roles) are suitably thrilling. This is as fun a giant monster movie as any that has ever been made, and I’m fairly certain my seven-year-old self enjoyed it so much it ended up sparking my lifelong love affair for the horror genre as well as helped plant the seeds for my eventual career as a film critic.

Audio Commentary with film historian Tom Weaver, Dr. Robert J. Kiss and David Schecter – This is an informative and fun commentary track with additional insights from the likes of The Howling director Joe Dante (amongst others) as well as the cast of The Lost Skeleton of Cadavra giving vocal performances as the stars from the film reminiscing about their careers as well as their thoughts on the picture. 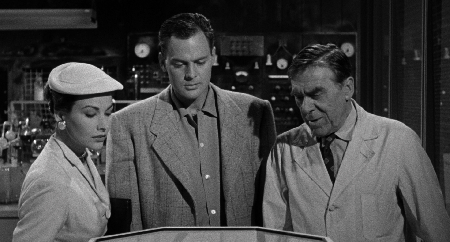 I love Jack Arnold’s Tarantula. It makes me smile. While not exactly up to the high standards set by THEM! or Godzilla, the movie is a smart, well-crafted giant monster yarn that features a handful of engaging performances and one killer titular creature. Scream! Factory’s Blu-ray ray release is a solid one, the movie arguably looking and sounding the best it ever has. The lack of extensive bonus features make the initial purchase price a little on the high side, but the moment this one goes on sale for $20 or less fans are urged to pick the disc up for the personal collections right away. 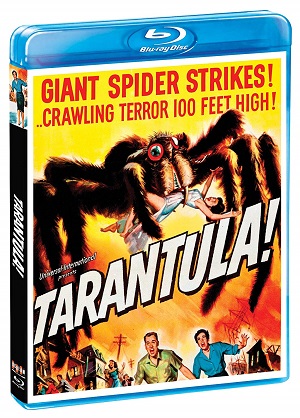