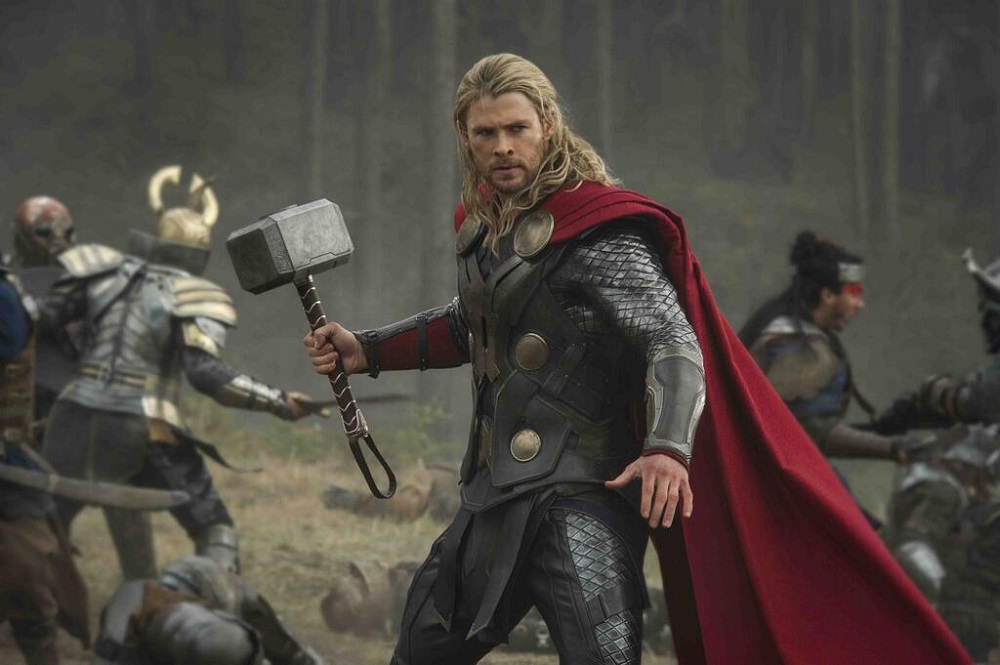 Two years after he and scientist Jane Foster (Natalie Portman) first met and helped save the Earth from the plans of his megalomaniacal adopted brother Loki (Tom Hiddleston), and only a short time after he reappeared to stop him once more on the streets of New York, Asgard warrior Thor (Chris Hemsworth) has returned to the woman he loves. Not to sweep her off her feet, his father the all-powerful Odin (Anthony Hopkins) wouldn’t stand for that, but more because thanks to a little bit of trans-dimensional sidestepping she’s managed to come into contact with an ancient, universe destroying force known as Aether which has decided to use her as its vessel of destruction.

This is important for a number of reasons, not the least of which over time it will slowly consume Jane leaving her a lifeless shell, and that’s one thing Thor will not stand for. But when a long thought dead race of chaos seeking creatures known as the Dark Elves reappear under the ruthless direction of their demonic leader Melekith (Christopher Eccleston), things quickly go from bad to worse. With all the realms under Asgard’s protection in danger of being drowned in eternal darkness, the God of Thunder must now trust the one being in all of eternity he knows it is in his worst possible interest to do so in order to save Jane and stop Melekith: Loki.

I liked Thor. It’s a little uneven, the stuff out in the Arizona desert between Thor, Jane and her ragtag team of scientific colleagues not near as interesting as the whimsically fantastical shenanigans taking place on Asgard. Overall, though, the movie is an enjoyably hyperbolic hoot, director Kenneth Branagh giving things a Shakespearean grandiosity I happily responded to.

But, at the same time, and until Guardians of the Galaxy hits screens next summer, this character and his extended adventures are without a doubt the least grounded and reality-based of all the Marvel The Avengers efforts to have hit the multiplex. With that in mind, it makes minimal sense that the Marvel powers-that-be would want to, at least in some small ways, attempt to do the same with this part of their hugely successful cinematic franchise, respected “Game of Thrones” director Alan Taylor brought on board to try and balance out the fantasy elements giving things a more lived-in texture Branagh’s effort lacked.

Which is fine, at first, the initial opening hour of Thor: The Dark World light on its feet but weighty as far as the important facets of the plot dynamics are concerned. There is a noticeable sense of humor, a beguiling wit to Jane’s reentry into the story, while at the same time the danger of the Aether is never half-sold or the ruthlessness of Melekith and his Dark Elves never underestimated. More importantly, Loki continually hovers in the corner of the proceedings, reminding everyone he’s still around ready to make his presence known, the best villain of the series eager to pounce but cunningly biding his time waiting for circumstance and situation to present itself.

But the fun slowly ebbs as things proceed, the script and story (credited to five different writers) growing increasingly disconnected and nonsensical as everything moves forward. More, as tactile as Taylor attempts to make things, the fantastical fun isn’t anywhere near as apparent as it was the first time around, large portions drowning in angst-ridden melodramatics that grow moderately tiresome. It just isn’t particularly interesting, the last act so chaotically loopy yet unrelentingly dour I was having trouble trying to figure out what the point of it all was.

Actually, discerning that is rather simple. Unlike Iron Man 3, which did manage to stand up as a standalone entry in the Marvel cinematic universe, the only reason Thor: The Dark World exists is to start putting in place the building blocks leading to both Guardians of the Galaxy and 2015’s The Avengers: Age of Ultron. It’s the teaser leading to the epic conclusion, little things like character development and honest human emotions unimportant just as long as the seeds for coming chapters are cunningly sown.

It does not help that Melekith is an astonishingly uninteresting villain, his plans for universal domination noticeably dull but, just as importantly, oddly nonsensical. On top of that, the climactic battle, while filled to the brim with some impressively staged dimension jumping theatrics showcasing another reason Taylor was brought on board, isn’t particularly exciting. It looks cool, the effects are awesome, the editing on point and the sound design stellar, but all the same it just isn’t thrilling, no sense of danger existing at any moment something that would have helped make what was happening matter.

The movie is still well cast, and I like that both Portman and especially Rene Russo, returning as Thor’s mother Frigga, get in on the action this time around (the latter spectacularly so, reminding us how great a presence she can be when given the opportunity), while the interactions between Hemsworth and Hiddleston are suitably complex. In fact, Hiddleston once again is the film’s, and in many ways the ongoing Avengers series, number one asset, and I love the place the writers leave Loki at hinting at some truly wonderful shenanigans to hopefully come.

But, and I know I’ve said this before, Thor: The Dark World can’t help but feel like nothing more than an extended coming attractions reel for adventures to come, and as a standalone enterprise it falls woefully short. I miss the sense of wonder, the grandiose staging and the large-than-life imagery Branagh brought to the series, and while Taylor is certainly a competent action filmmaker I’m not sure Asgard is the Marvel comic setting best suiting his talents. There’s little electricity, virtually none of it, and considering we’re dealing with a thunder god that’s as big an indictment of this sequel’s merits as anything I could possibly come up with. 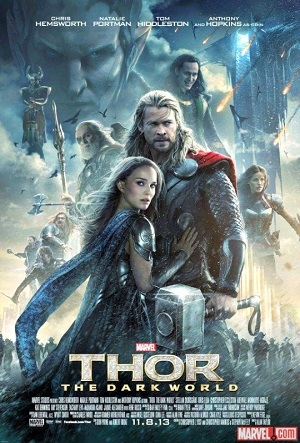