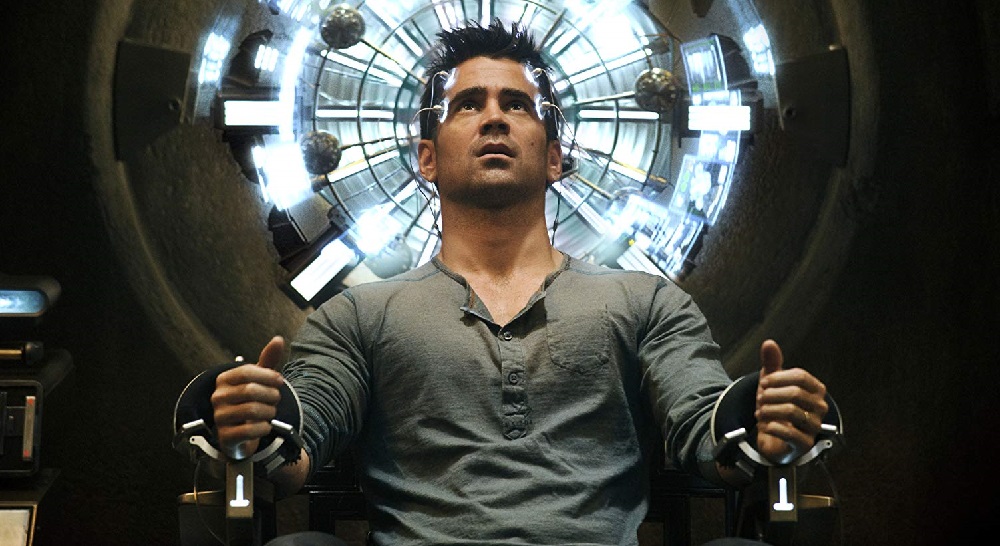 Douglas Quaid (Colin Farrell) isn’t himself. He’s having dreams of an escapade involving gunfire, explosions and a mysterious woman named Melina (Jessica Biel) who is nothing at all like his sensitive E.M.T. wife Lori (Kate Beckinsale). Against the advice of his best friend Harry (Bokeem Woodbine), the bedraggled factory worker takes a trip to the fake memory implant clinic Rekall to live out his fantasies. To him this is a perfectly harmless idea, and Doug can’t come up with a good reason to not at least check the place out and see what they have to offer.

Big mistake. Next thing Doug knows he’s being hunted by the not-so-kindly wife he thought loved him and is saved by the mystery woman who he was originally certain was only a figment of his imagination. Suddenly he learns he is the central cog in a planet-wide battle for control between the iron-fisted Chancellor Cohaagen (Bryan Cranston) and the enigmatic rebel messiah Matthias (Bill Nighy). But is any of this real? Or is it all a fantasy buried crated by the folks at Rekall? After all, the fate of the entire Earth can’t rest in the hands of a single man.

Len Wiseman’s adrenaline-fueled remake of the Paul Verhoeven/Arnold Schwarzenegger favorite Total Recall plays like a souped-up futuristic version of The Bourne Identity and The Long Kiss Goodnight mixed with a dash of Minority Report. Only the barest bones of Philip K. Dick’s original story We Can Remember It For You Wholesale remain, and while there are plenty of gentle nods towards the 1990 flick the only allusions to Mars in this story are ones made in sarcastic jest. Wiseman, the man behind the Underworld adventures and Live Free or Die Hard, isn’t interested in breaking any rules, treading new ground or delivering anything audiences haven’t seen before. He wants to blow stuff up, break a ton of glass and shoot off a whole heck of a lot of guns, and on that front I guess he gleefully succeeds.

But where is the story? Where is the mystery? Where is the common sense or anything approaching a good idea? The film runs as if on autopilot, the plot mechanics beholden to all the heavy artillery and ambitious stunts than they are the other way around. The plot doesn’t matter. Nothing about the movie feels, sounds or looks authentic, and as beautifully realized from a visual perspective as much of this might be, sadly it’s all in service to a narrative unworthy of all the effort.

There are a few terrific moments, and both Farrell and Beckinsale throw themselves into all the chaos with laudable abandon. But the script, with story credits going to two of the writers behind the 1990 adaptation and screenplay nods going to Kurt Wimmer (Salt) and Mark Bomback (Unstoppable), is a mess that revels in clichés that were passé back when Schwarzenegger was making Raw Deal and Commando in the 1980s. There is a stale silliness to the picture that’s stupefying in its blandness, and not even Cranston or Nighy can help pull it out of the abyss.

What’s truly weird is just how boring it is. Wiseman can stage an action sequence as good as any director working today, and unlike many of his contemporaries he doesn’t over-edit to the point of headache-inducing confusion. All the same, there is something so rudimentary about all of the running, jumping, falling, kicking and punching, something so tired about all the crashes, booms and bangs, the resulting two-hours of this new Total Recall have an oddly antiseptic quality which makes the subsequent film instantly, and somewhat ironically, forgettable. 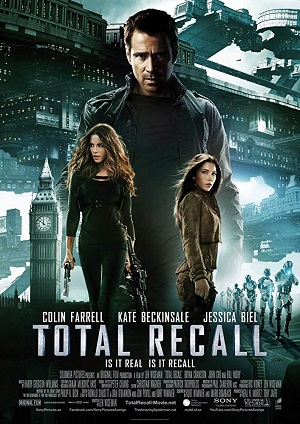