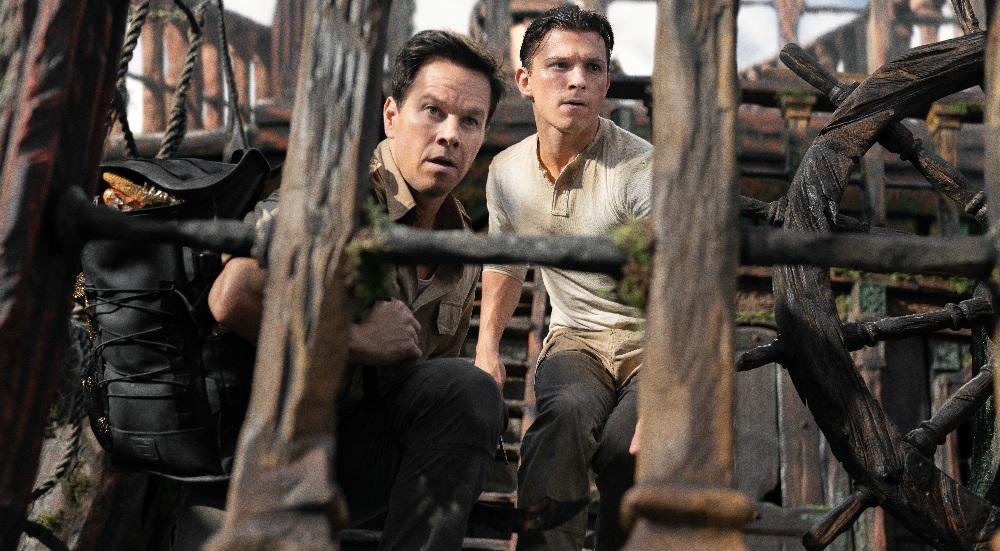 Uncharted is a pale, oddly unimaginative adaptation of one of the most impressively plotted video game series I’ve ever had the pleasure to play. For fans of each of treasure hunter Nathan Drake’s incredibly convoluted adventures, this movie is likely going to feel like a bona fide disaster.

As inoffensive as I found much of it to be, I am still slightly angry at how everything turned out. It’s as if director Ruben Fleischer (Zombieland) and his creative team watched the cut scenes from the games but never played any of them to get a feel for the characters, their relationships, or the stories that were being told.

Instead, they’ve come up with a halfhearted mixture of Raiders of the Lost Ark, National Treasure, the most recent Tomb Raider adaptation, and the 1999 version of The Mummy. It goes through the motions and tries to hit all of the requisite beats, but does so without panache and with even less flair. Other than a novel idea to stage a climax on two pirate ships being flown to who-knows-where by a pair of giant helicopters, there wasn’t a single moment where I inched forward in my seat intrigued by what was happening.

But even that giant set piece falls frustratingly flat. The characters swing around like second-rate Jack Sparrow wannabes. The villain’s primary thugs cackle with cartoonish maniacal glee before doing nothing that’s noteworthy. A primary character disappears so an obvious joke can be painfully delivered. There are no emotional stakes, making it difficult to care about any of the action-heavy theatrics.

The plot does not resemble any of the games. This is an origin story for young adventurer Nathan Drake (Tom Holland), showing how he gets involved in the world of treasure hunting and digging into his relationship with mentor and eventual best friend Victor “Sully” Sullivan (Mark Wahlberg). In this instance, the latter convinces the former to help him track down the resting place of the fabled lost treasure of explorer Ferdinand Magellan. He does this by dangling the possibility of a reunion with Drake’s older brother, as the pair have not seen one another for over a decade.

Soon Drake and Sully are trotting around the globe, joining forces with fellow hunter Chloe Frazer (Sophia Ali) while at the same time trying to stay a few steps ahead of businessman Santiago Moncada (Antonio Banderas) — whose family has historical ties to Magellan — and his lethal henchwoman Braddock (Tati Gabrielle). There are puzzles to be solved, clues to be followed, and unforeseen speedbumps to be overcome. Through it all, Drake and Sully try to learn if they can trust one another, as the latter’s greed and the former’s selflessness are frequently at odds.

Gabrielle steals the film. If Braddock were a little better written, I think it would have been possible for the actor to make her a spectacular villain. As it is, this duplicitous assassin still makes a major impression. Gabrielle is having a blast reveling in the character’s ferocious nastiness, slinking around the screen as if she were a feral lioness stalking her prey.

The remainder of the cast? It’s as if they are all in different motion pictures. Ali comes out of the pack unscathed, but much of that is thanks to a combination of her effortless charm and the script barely having an idea what it wants to do with her. Banderas appears to be bored, stopping by for a paycheck and not much else. Holland is inexplicably in Peter Parker mode, which wouldn’t be so bad if he wasn’t a character inside an Indiana Jones-like scenario. Additionally, he and Wahlberg have zero chemistry, and every time they started bantering the resultant noise was like listening to sharpened claws slowly screeching across a freshly cleaned blackboard.

Fleischer tries to emulate some of the game’s physics-defying action sequences to mixed success. A central set piece involving Drake caught up in netting stringing a succession of giant freight boxes out the rear of a cargo plane initially impresses but quickly devolves into nonsensical visual chaos. It’s reminiscent of the director’s Venom in that Fleischer utilizes a cacophony of computer-generated effects but in a manner that causes the image to devolve into a headache-inducing blur.

As crazy as they may be, each Uncharted game still features a tightly structured narrative and complex characters. They generate exhilarating tension and suspense, which should translate nicely to the big screen in the form of a live-action adaptation. But this isn’t it, and as 2022 disappointments go, this is one I’ll be quietly fuming about for the remainder of the year. 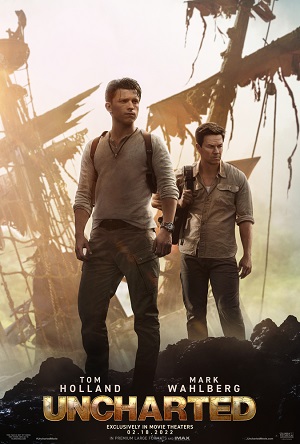