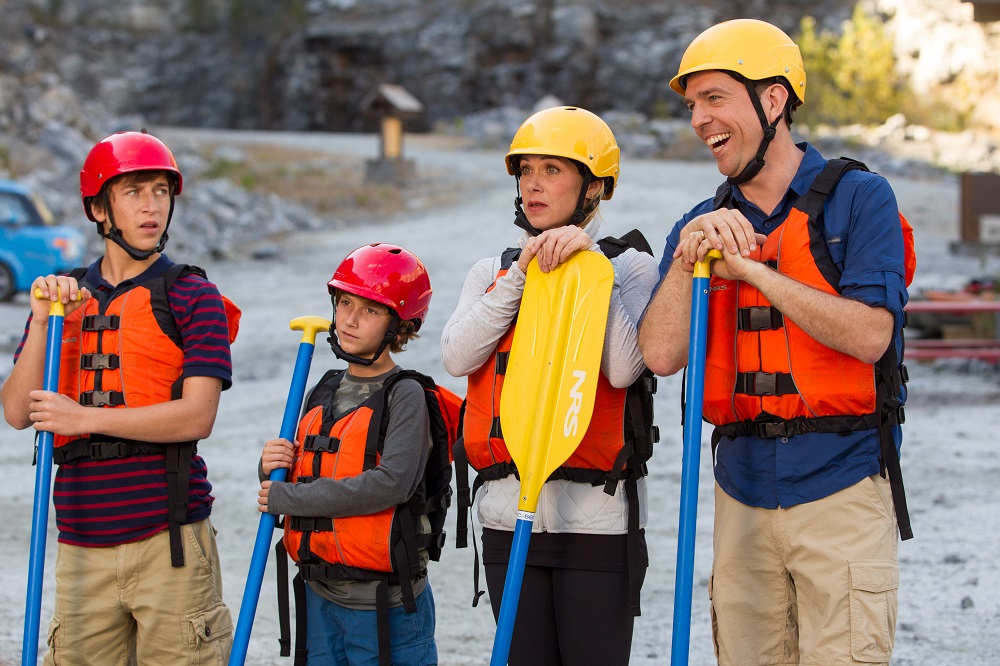 It’s been thirty years since Rusty Griswold (Ed Helms) and his family took a crazed, bizarrely hyperactive cross-country road trip to Walley World that, as littered with pitfalls and calamity as it was, proved to be one of the more memorable events of the low budget commuter airline pilot’s life. With his own family in a bit of a disaffected rut, he decides to rent a vehicle, pack everyone in and hit the road, redoing the vacation of his youth but now as a husband and a father and not as the youngest wide-eyed son along for the ride. 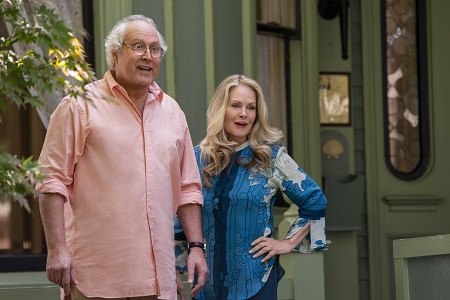 Thus the seeds are planted for Vacation, the fifth film in the apparently endless saga of the Griswold family begun back in 1983 when Chevy Chase, Beverly D’Angelo and the rest of their clan hit the road in National Lampoon’s Vacation. That film, directed by Harold Ramis (Groundhog Day), written by John Hughes (The Breakfast Club), spawned three sequels (only one of which, National Lampoon’s Christmas Vacation, is any good) and an exceedingly loyal following. More than that, it’s been slowly but surely reevaluated over the decades, becoming just as much a critical favorite now as it was a smash-hit with audiences back during its original release.

I feel pretty safe in saying no amount of time will cause anyone, anywhere to look at this new Vacation as anything close to a classic. As comedies go, this is pretty disastrous, and save for a few beguiling moments and one winning performance there’s little of merit to talk about. If anything, the movie commits the same sin as Poltergeist did earlier this summer, trafficking almost entirely on the goodwill and affinity for the older film without ever making a case to exist for any reason of its own accord.

But this film fails on an even more calamitous level, forgetting the elements that made the Ramis/Hughes effort so memorable and long-lasting. It trades in platitudes instead of sincerity, elevating the gross-out antics to an even higher plateau yet leaving out the heart, soul and honesty that made all that icky silliness matter in a way it never could have otherwise. This is just a string of ever-escalating insults and debauchery, screenwriters and directors Jonathan M. Goldstein and John Francis Daley (Horrible Bosses 2) doing an absolutely horrific job of achieving anything approaching balance between the tender and the profane.

The bright spot is Christina Applegate. She’s Debbie Grisowld, Rusty’s loving if exasperated wife who’s doing her best to understand what it is her husband is attempting while at the same time trying to express her own wants and desires as the craziness careens out of control. She makes even the most idiotic and disgusting moments sparkle with an ebullience and an authenticity the rest lacks in spades. Whether it’s acting like a complete moron at her old sorority house, or inadvertently bathing in a hot spring filled with human waste, she somehow makes even the most idiotic and insulting moment sparkle in ways they never could have otherwise.

But that’s about it. Helms, who I’ve more often than not loved in everything from Cedar Rapids, to Jeff, Who Lives at Home, to even the first The Hangover, never connects with the material in the same way Chase did, a thing made all the more apparent when the man himself (along with cheery D’Angelo) appears for a third act cameo. The dynamic between Rusty’s two boys James (Skyler Gisondo) and Kevin (Steele Stebbins) is only interesting for the briefest of moments, building to anemic climax that’s hardly worth the effort it took to get there. 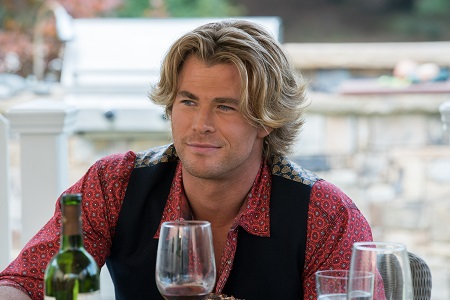 There is some fun to be found in the Chris Hemsworth sequence (he’s an ultra-conservative Texas television weatherman married to Rusty’s sister Audrey, played by a thoroughly wasted Leslie Mann), the action superhero having a blast upending his cinematic persona in rather clever fashion. I also quite liked a brief sequence between Gisondo and young actress Catherine Missal, the pair sharing a cute, enchanting poolside chat that goes all kinds of wrong when Rusty takes it upon himself to be his eldest son’s romantic wingman.

Still, I have to ask myself what’s the point, Vacation so content to trade in the continued love for its titular predecessor that it rarely, if ever, makes a point to exist in its own right. The jokes rarely land. The characters aren’t real. The emotions aren’t authentic. The heart beating at the center doesn’t ring true. It forgets why the original film has grown in stature to become a classic, becoming nothing more than a road trip comedy running in never-ending circles leading to a destination that’s as pointless as it is forgettable. 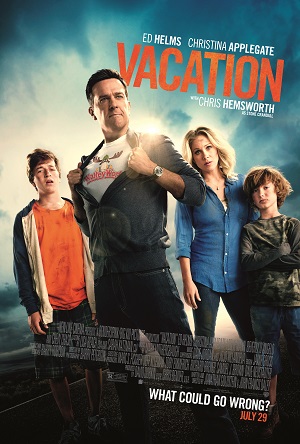