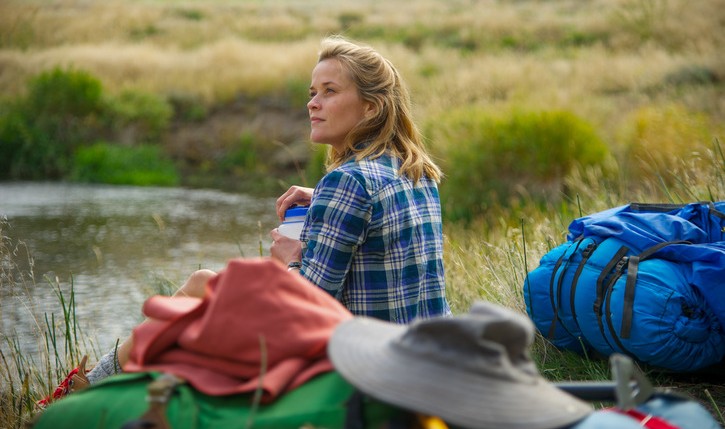 Intimate Wild a Journey of Spiritual and Mental Endurance

Cheryl Strayed (Reese Witherspoon) believes she’s hit rock bottom. Her mother Bobbi’s (Laura Dern) death at a relatively young age due to cancer was a shock to the system, leading the wife and college student down a dark path of drug abuse and sexual indiscretion that could only end in her own destruction if it had continued unabated.

Freshly divorced, knowing things need to change, Cheryl makes the eye-opening decision to hike the Pacific Crest Trail (PCT), a 1,100 mile journey from the Southern California border through Oregon to the Northern Washington border. Untrained, unprepared and completely not ready for the massive undertaking she’s put before herself, the recovering addict who still hasn’t dealt with the demons and despair revolving around the loss of her mother hasn’t the first clue as to why it is she’s doing this. Yet, make no mistake, the woman who emerges from the wilderness back into civilization 94 days after her journey began isn’t the same one who decided to take that first initial step into the desert, discovering a state of clarity and calm she never would have imagined possible beforehand.

Based on Cheryl Strayed’s 2012 memoir chronicling her journey hiking the PCT in 1995, Wild is a solidly rousing portrait of a woman on the edge, who goes to the most unimaginable of extremes in order to rediscover the woman she once upon a time believed herself to be. It’s an emotionally cathartic adventure of determination and sacrifice, one that offers up numerous instances of personal introspection coupled with physical resolve. It’s consistently fascinating all the way through, director Jean-Marc Vallée (Dallas Buyers Club) keeping a steely focus on Strayed, allowing for the visceral complexity of her endeavor to hit home all the more powerfully in the process.

At the same time, much like this past summer’s Aussie Outback drama Tracks with rising young star Mia Wasikowska, this outdoor examination chronicling the triumph of the human spirit over Nature’s most extreme obstacles is only partially successful. Anchored by an impressive performance from its lead, one that is entirely lived-in, beautifully authentic, free of artifice or any sort of falsehood, the movie nonetheless doesn’t quite ascend to the next level. It kept me at arm’s length throughout; never embracing me as fully as I kept hoping it would, never striking a wholly satiating balance between its central story and the various subplots fueling its heroine’s drive to finish her singular quest.

Initially, screenwriter Nick Hornby’s (An Education) adaptation held me transfixed. I liked the way it waffled between Strayed’s time on the PCT with her memories of growing up with her brother Leif (Keene McRae), living with the free-spirited Bobbi and the dissolution of her marriage to Paul (Thomas Sadoski). These transitions worked, added additional insights as to who this woman was and why this action was important to her to undertake. It added a level of complexity to the proceedings I responded to, everything building in a step-by-step fashion that allowed each new revelation on the trail to have a little more weight in the process. 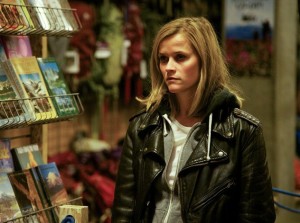 But all too quickly this flipping back and forth between Chery Strayed’s current condition and her self-destructive past becomes something of a minor annoyance, inadvertently diluting the inherent power of the protagonist’s quest for personal rediscovery. It allows unwelcome melodrama to seep in where it isn’t welcome, casting a moderately maudlin, saccharine-laced shadow over the proceedings that’s annoyingly distracting. Hornby and Vallée can’t seem to make up their minds as to what it is exactly they are trying to say or the best way to get whatever points it is they’re attempting to make across, the film unavoidably stumbling slightly because of this.

Also much like Tracks, there’s also the issue that, for all her isolation, for as much as she is on her own, it was rare that I ever felt Strayed’s trek was putting her in harm’s way. That sense of isolation from the world at large never came fully to life, and other than a brief bit where the absence of water produced unanticipated peril and an amusing bit involving her hiking boots, I never believed the woman was in danger. When the stakes became raised it always seemed like there was some soothsayer or savior around the corner to provide a kind resolution to the trauma.

While the same could be said in regards to the memoir, the difference is that there Strayed’s writing still conveyed her fear of the unknown, it allowed for the reader’s eyes to be opened to the glory and wonders of the world and the inherent goodness of others in ways that felt cathartic, intimate, never nothing less than true. Here only some of that same sort of feeling is realized, some interactions having weight and majesty to them while others feel oddly contrived no matter how close to real events they very well might have been.

All the same, Witherspoon is terrific, and as she’s in close to every scene, usually entirely on her own, this is a very good thing. She finds all the layers whirling inside of Strayed, never apologizing for her shortcomings and failures while at the same time making her easy to root for as she attempts this aggressively eccentric form of outdoor recovery. The actress allows her character to become an open book, lets the chips fall where they may, embracing any and all challenges as they come to pass, allowing the audience to be there with her every step of the way.

Vallée’s latest never ascends to that next level. It doesn’t transcend the material like somewhat similar motion pictures like 127 Hours, Into the Wild and Jeremiah Johnson did once upon a time. It has trouble balancing all the elements of its story into a cohesive whole, Bobbi’s fight against cancer and Cheryl’s relationship with both her mom and her estranged brother never developing as clearly as I kept hoping each of these various subplots would.

Yet, more often than not, Wild remains entrancing, always offering up moments of subtle, delicately simple intimacy that struck me right in the heart. Assuredly shot by up and coming cinematographer Yves Bélanger (Laurence Anyways), featuring a completely immersive sound mix that’s incredible, Vallée once again shows he’s a talented director keen to tackle any and all challenges that are set in front of him. More than that, though, Wild does Cheryl Strayed’s journey along the PCT justice, allowing insights into a spiritual achievement that took far more than physical endurance and chutzpah for her to accomplish. 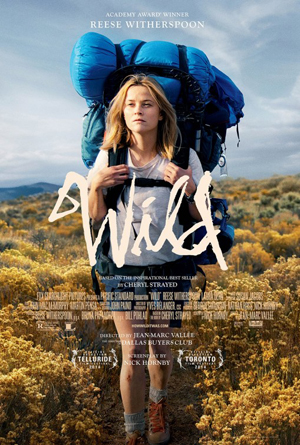