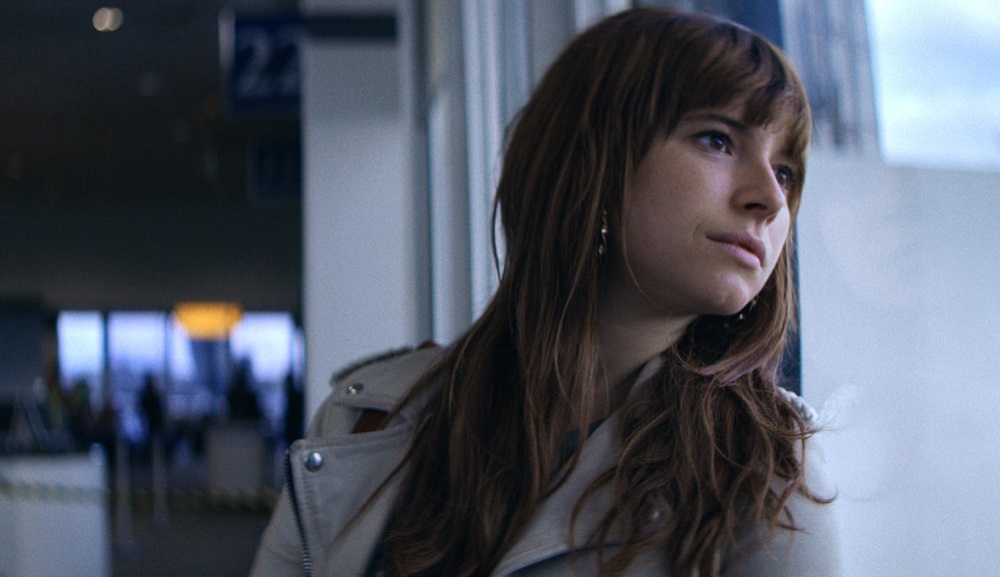 Talented Glasgow Country singer Rose-Lynn Harlan (Jessie Buckley) has just been released from jail. She returns home to her mother Marion (Julie Walters), dutifully looking after her two kids, sporting an electronic ankle tracker hidden inside her white cowboy boots. But none of her recent travails and run-ins with the law have curtailed Rose-Lynn’s dreams of heading to the United States and visiting Nashville, TN where she aspires to sing at the Grand Ole Opry. She believes she’s destined to be a star, everyday responsibilities like earning a steady paycheck or taking charge of her two children appearing to be not nearly as important to the young woman as they should be.

While continuing to moonlight as the primary weekend singing at a local bar (but only after the removal of her monitoring anklet), Rose also gets a job working as a maid for wealthy stay-at-home mom Susannah (Sophie Okonedo). The two strike up a sudden and somewhat strange friendship, the later woman captivated by her new cleaner’s musical talent and aspirational dreams. But Rose-Lynn hasn’t been entirely honest with her employer about her life and the myriad of things that tie her to Glasgow, and she’s worried that if she tells Susannah the truth she’ll no longer want anything to do with her.

Wild Rose is just plain lovely. Director Tom Harper (Woman in Black 2: Angel of Death) and screenwriter Nicole Taylor have crafted a spellbinding working class musical melodrama, all of it exquisitely anchored by a star-turn from Buckley that’s nothing short of glorious. Meticulously structured yet having an ephemeral eloquence that makes events feel almost as if they are happening right at the exact moment I was watching them, this movie captured my heart something fierce. As I just said, it’s nothing less than lovely, and I can’t wait to watch it again relatively soon.

It all starts with Taylor’s smart, refreshingly nuanced script. While the actual plot mechanics are familiar, and while I can’t say I found it surprising where Rose-Lynn’s story ended up, much like the far more male-dominated Billy Elliot or The Full Monty the screenplay puts particular emphasis on making the characters three-dimensional and the world they inhabit distinctly authentic. Taylor doesn’t shy away the more depressive aspects of her tale, the way the daily drudgery of no longer feeling valued or of doing anything that could be construed as necessary has slowly eaten away at Susannah, or how their mother’s constant flightiness has placed her children at arm’s length, each of them wanting to spend more time with their grandma than they do with her. As for Rose-Lynn, she’s selfish, egotistical and shortsighted, these aspects of her personality making her something of a prickly protagonist who isn’t always easy to root for.

Country music might seem at first like a strange fit for a Scottish setting, yet these songs have poignant resonance when heard within this milieu. Rose-Lynn sings with passionate intensity, bringing a striking, wearily angelic voice to the external and internal conflicts individuals like her face on an almost daily basis. Harper uses these musical interludes as a tool to augment the various thematic points Taylor hints at throughout her script, the soundtrack becoming its own distinctive character as if it also was a Glasgow resident doing whatever they could to make ends meet without losing those idiosyncratic quirks making them unique.

Buckley is magnificent. After making a strong impression in Michael Pearce’s Beast and delivering memorable performances in the BBC’s “War & Peace” miniseries (also directed by Harper) and in this year’s stunning HBO epic “Chernobyl,” the young actress is at the height of her powers in this. She’s unforgettable as Rose-Lynn, fearlessly playing up the singer’s uglier aspects while at the same time giving her a haunted, melancholic depth that brings stirring context to her various decisions and actions no matter how head-scratching they sometimes can be. I was blown away by her, Buckley’s tour de force virtuosity keeping my eyes glued to the screen.

Again, I can’t say there are a lot of surprises. Additionally, as superb as both Walters and Okonedo are they equally aren’t given enough opportunity to do anything with their respective characters that isn’t readily anticipated. But I like the resilience of this movie, and I was constantly moved by just how often the filmmakers refused to bow to convention or resort to schmaltzy platitudes in order to pull a couple of inorganic tears from their viewing audience. Wild Rose is a universally aspirational story of retaining one’s individuality in the face of societal roadblocks that prefer conformity and the status quo over anything unique, its songs of faith, family and friendship worth singling along with. 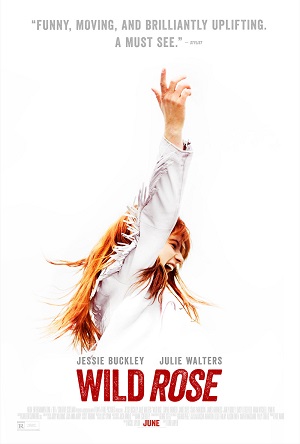